The O’Connors welcomed President Joe Biden to their farm, but first, some soybeans had to be planted – Chicago Tribune 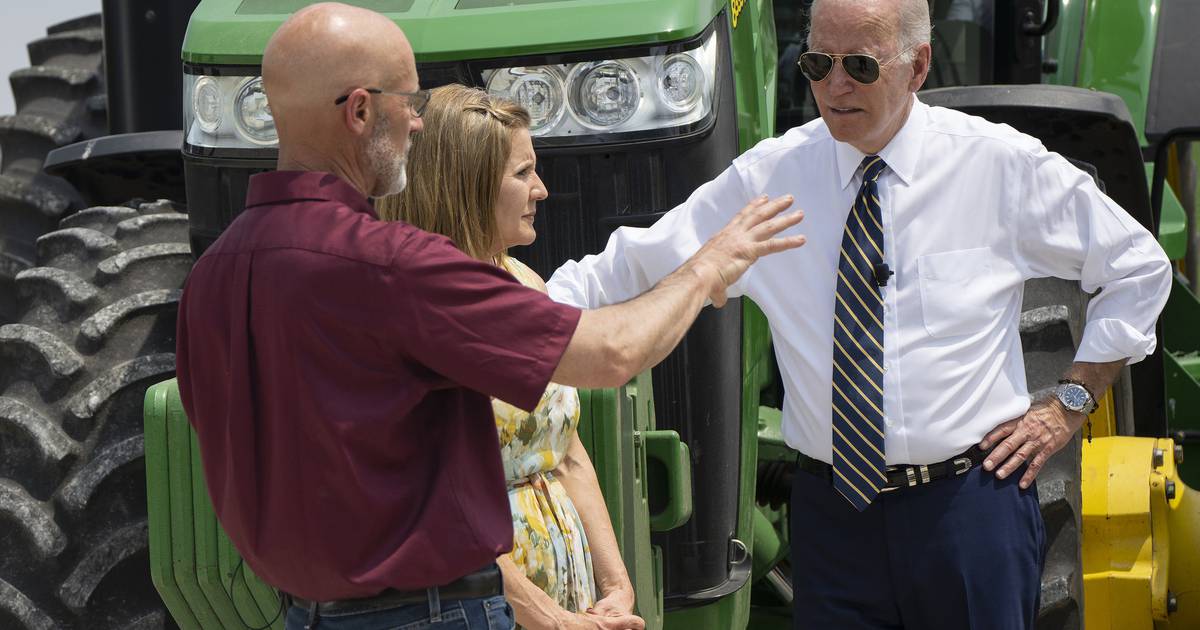 Jeff O’Connor was up at 4 a.m. Wednesday, the day the president of the United States would be visiting his farm.

“It’s planting season,” he had told his wife, Gina, when she gently chided him about worrying whether the visit would take up too much of the day during such a busy time on the farm.

O’Connor seeded 15 to 20 acres with soybeans before 8 a.m., when required COVID-19 tests were administered and other safety precautions started being made ahead of President Joe Biden’s midday arrival.

Despite America’s two political parties being ideologically further apart than at any point in the last 50 years, according to the Pew Research Center, the Democratic president visited Illinois’ conservative Kankakee County, which voted heavily in favor of Trump in the 2020 election. Jeff O’Connor called it a “very American moment.”

“All the political discord gets whipped up,” said Jeff O’Connor, who farms 800 acres in the area. “But it’s still a privilege to host the president of the United States, whoever’s in office, to have them in our home.”

The O’Connors declined to say who they voted for in the 2020 presidential election. But when it was time to tell close family and friends that Biden planned to visit their farm, the couple braced for opposition.

Other than a few extended family members who didn’t attend Wednesday’s visit, Jeff O’Connor said “genuinely not a single person” they shared their news with reacted negatively, instead congratulating the family and saying “that’s really cool.”

“Thankfully, for the most part, people were positive and encouraging and recognized that you can not like the policies, you can not like the things they do, but in the end, you respect the office” of the president, Gina O’Connor said. “That’s really how everyone around us treated it.”

Two years ago, in his role as a board member of the Illinois Soybean Association, Jeff O’Connor spoke with Washington lobbyists about making more counties eligible for insurance if they practice “double cropping,” the sometimes risky process of planting two different crops in a single season. Kankakee County isn’t eligible for that insurance, though the O’Connors and several neighboring farms’ have been successfully growing both wheat and soybeans in a single season for decades.

That D.C. connection led to a call from the White House about a week before Biden’s visit, and then to a presidential motorcade driving down the half-mile, gravel and dirt road to the O’Connor homestead on Wednesday.

“It was a really great moment be able to serve the Illinois agriculture community,” Jeff O’Connor said. “There’s nothing special about my farm, but by telling my story, our story, to the president and secretary of agriculture, it meant more to the surrounding community and farming community of Illinois as a whole.”

Biden’s visit to a Republican area of Illinois didn’t come without what Gina O’Connor called “naysayers.” The president even commented during his visit about the small crowd of Trump supporters that lined an intersection near the farm with posters reading “Impeach Biden” and “You owe me gas money.”

But the O’Connors found Biden to be sweet and “human.” He and his security team were “very accommodating” to the family, though they did have to make some concessions, Jeff O’Connor said, like keeping the dog inside the house while Biden was on the farm.

“He wanted to just keep talking about his own grandchildren,” Gina O’Connor said, after the president met her 6-month-old grandson. “He is the president, but he’s also a father and a grandfather.”

An hour after Biden left, Jeff O’Connor was back on his tractor, planting seed until 9:30 p.m. The whole week was “surreal,” he said, from the initial call from the White House to his slow stroll with Biden by his side to the farm’s machine shed, where the president addressed a small crowd, a walk so leisurely a recording of “Hail to the Chief” had to be played twice.

Gina O’Connor said they were glad to show the president some Midwest hospitality.

“Whether we’re hosting the president of the United States or welcoming a bunch of guests into our home, we want to be honoring them and to honor the land that we take care of,” Gina O’Connor said. “We want to share what we’ve been blessed with, with whomever comes to our home.”