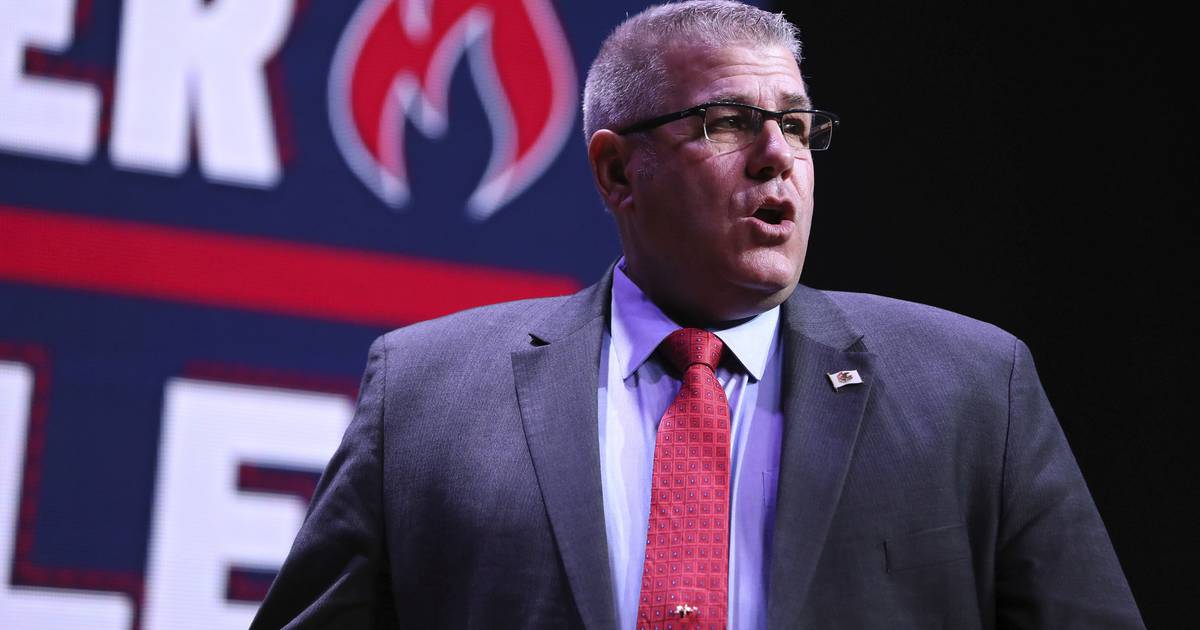 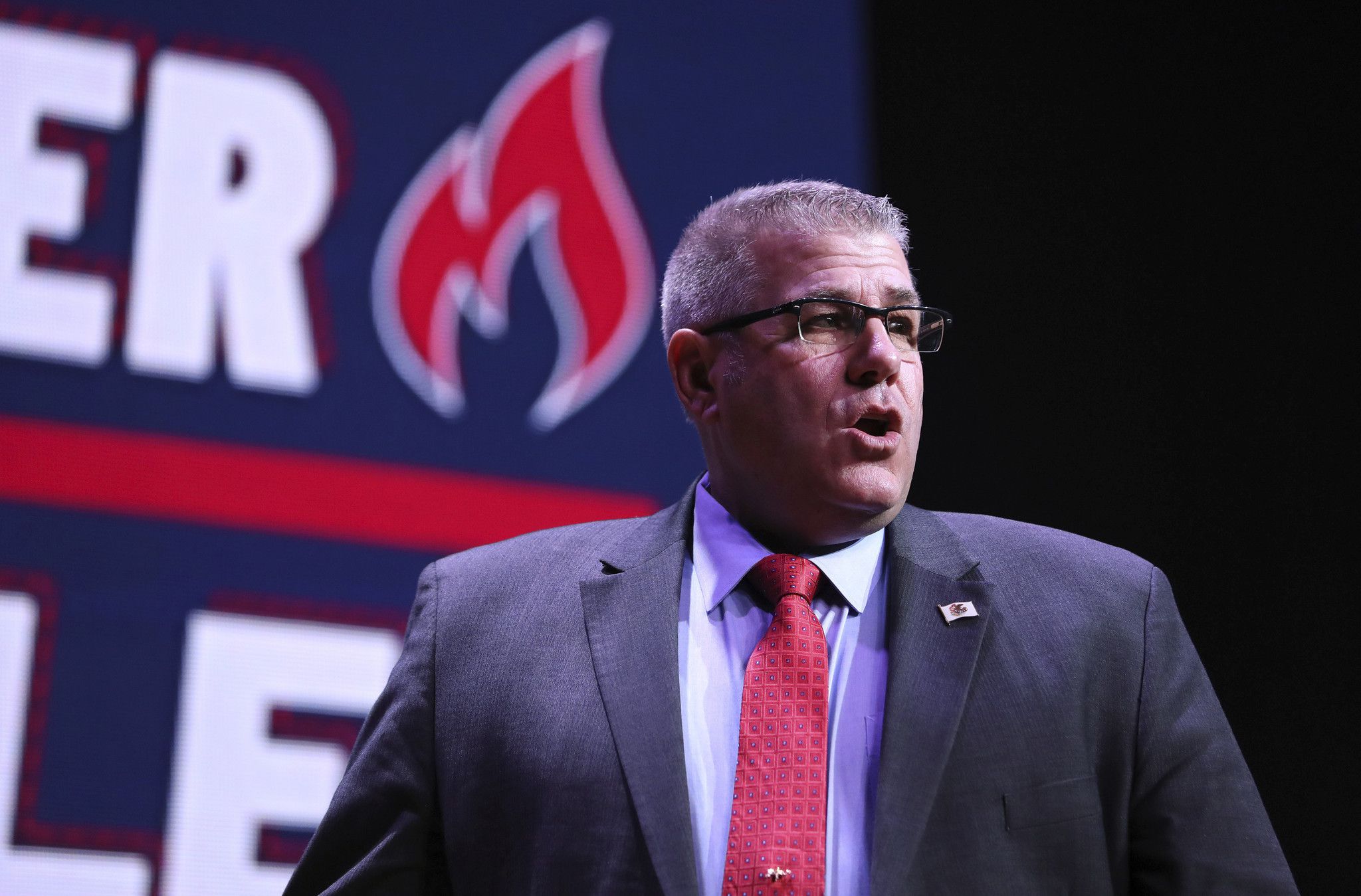 The Democratic Governors Association has launched a new TV ad aimed at boosting Republican Darren Bailey’s chances in the Republican primary for governor by offering a backhanded criticism that is actually intended to reinforce Bailey’s conservative credentials to the GOP base.

It is the second ad from the DGA to weigh in on the June 28 Republican primary. An earlier spot criticized Republican candidate Richard Irvin over his history as a defense attorney. Irvin, the mayor of Aurora, heads a slate backed by Ken Griffin, the state’s wealthiest person and an ardent foe of billionaire Democratic Gov. J.B. Pritzker.

Griffin has already put $45 million into Irvin’s campaign and his money represents a direct challenge to take on Pritzker’s self-funded bid for reelection in the Nov. 8 general election. Irvin has been using mailers to question Bailey’s dedication to the Republican Party, something the new DGA ad is aimed at trying to counteract.

The DGA’s latest ad says Bailey, a state senator from Xenia, has “an agenda too conservative for Illinois.”

“One hundred % pro-life, Bailey wants to ban abortions and make it illegal here in Illinois. An NRA member, Bailey opposes sensible gun control and says he’ll protect the Second Amendment at all cost,” a narrator says as the words “opposes liberal gun control” appear on the screen beneath a photo of Bailey in hunting gear.

“And Bailey proudly embraces the Trump agenda, calling into question our elections and fighting for gun owners and the unborn,” the narrator continues. “Tell Darren Bailey his policies are just too conservative for Illinois.”

The message is almost identical to one deployed in an ad the DGA ran prior to the Republican primary four years ago as Gov. Bruce Rauner was seeking renomination against conservative former state lawmaker Jeanne Ives of Wheaton. That ad contended Ives was “too conservative” for Illinois. Ives nearly upset Rauner in the 2018 GOP primary.

Irvin’s campaign launched its own ad in an attempt to rebut the DGA’s commercial, contending that Bailey is “Pritzker’s favorite Republican.” The Irvin ad also shows a clip from a Bailey interview with Crain’s in which the state senator is asked if he was glad to see the DGA ads that attacked Irvin. “Oh yeah, yeah, yeah, I dig it and that’s beautiful,” Bailey replies.

Irvin’s campaign contends their candidate is being subjected to at least $8 million in attack ads from various forces, including the DGA. An independent expenditure political action committee headed by right-wing talk show host Dan Proft, who is backing Bailey, has also been running ads attacking Irvin.

Proft, of Naples, Florida, originally reported a $1 million donation from conservative megadonor Richard Uihlein in March and got another $2.55 million from Uihlein on April 20, but his “People Who Play By the Rules PAC” didn’t report the donation to the State Board of Elections until May 9. Donations of more than $1,000 are to be reported within five days of being deposited by a candidate or PAC.

Uihlein, who had previously given $3.5 million to Bailey, added another $2.5 million on Friday, Bailey’s campaign reported to the State Board of Elections.

Pritzker, who has been a major donor to the DGA and other Democratic candidates and groups, defended the organization’s involvement in trying to influence Republican voters with the Bailey ad.

“I’m not afraid of any of the Republicans. We’re gonna run a tough race against Republicans,” he said. “You know, they’re attacking me every single day. The Democratic Governors Association is, I think, responding to some of that.”

But Irvin spokeswoman Eleni Demertzis said Bailey was “happily accepting Pritzker’s assistance” and contended the state senator’s “candidacy is so weak he needs J.B. Pritzker to do his dirty work.”

On Thursday, Citizens for Judicial Fairness, an independent expenditure committee funded largely by Griffin, reported paying Ohio-based Matchstick Media more than $500,000 for television and radio ads for the other candidates on Griffin’s GOP slate.

The money was evenly divided between ads supporting attorney general candidate Steve Kim, a Deerfield lawyer who unsuccessfully sought the office a decade ago, and secretary of state candidate John Milhiser, a former state and federal prosecutor from Springfield.

The outside expenditures totaling more than $250,000 for Kim and Milhiser lift the limits on campaign contributions for all candidates in those GOP primaries

The committee, which is prohibited by law from coordinating directly with the campaigns, previously was headed by former Republican lawmaker Jim Nowlan. On Wednesday, the committee notified election officials that Matchstick Media co-founder D.J. Eckert is its new chairman.

Kim faces fellow lawyers Thomas DeVore of Sorrento and David Shestokas of Orland Park in the GOP primary, and Milhiser is opposed by state Rep. Dan Brady of Bloomington.

The Controversial Wedge-Boot Trend Is Back