The complete Jimmy Butler, plus other Heat-Celtics thoughts – The Denver Post 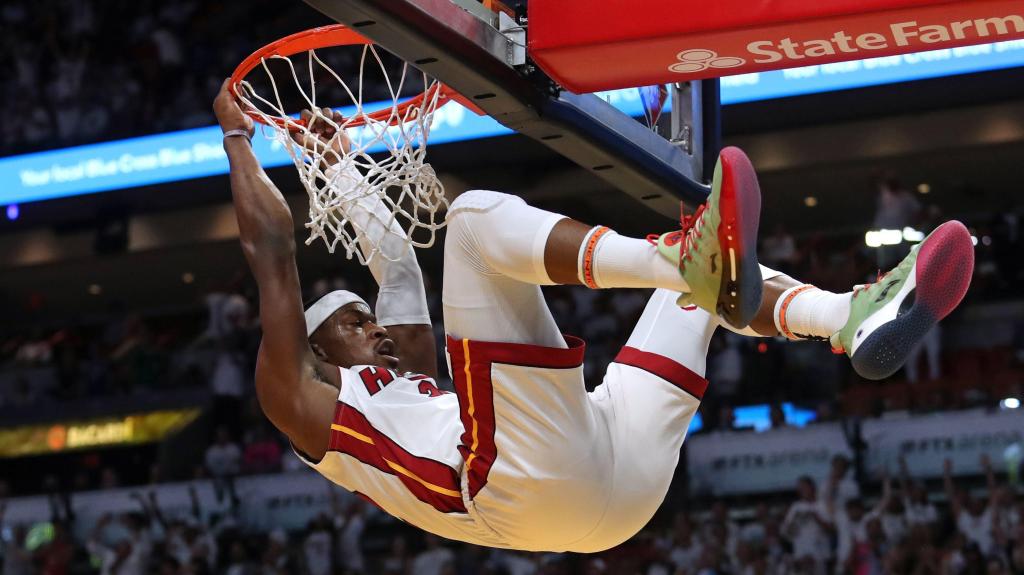 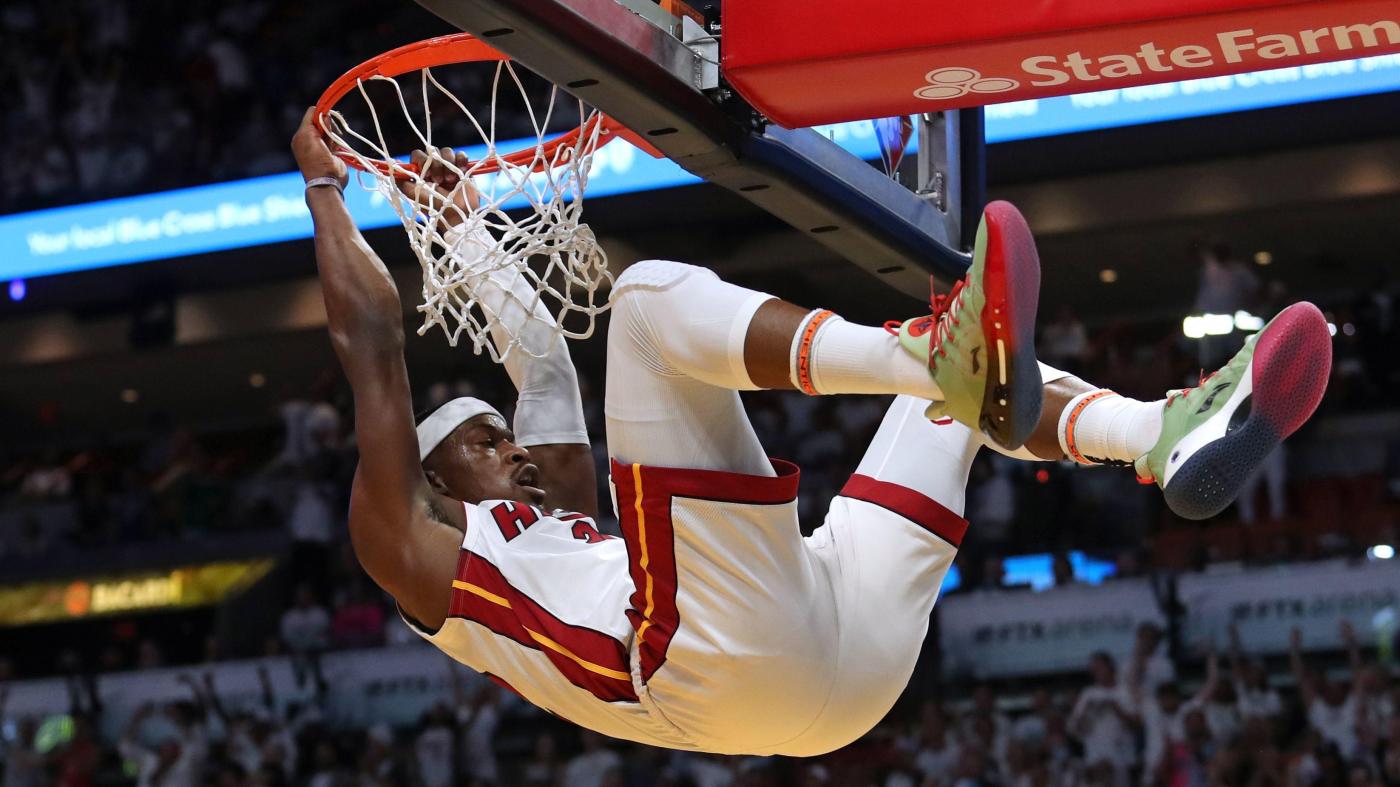 Observations and other notes of interest from Tuesday night’s 118-107 NBA playoff victory over the Boston Celtics:

– For all the versatility of Erik Spoelstra’s roster.

– For all the grit, guts and guile elsewhere on the roster.

– For all the first-half creativity in this one by Tyler Herro.

– And for all the third-quarter contributions from Gabe Vincent.

– This arguably has never been more of Jimmy Butler’s team than at this moment.

– Even including the 2020 run to within two victories of the NBA title.

– And there it was again on Tuesday.

– When needed on offense.

– When essential on defense.

– All so raw and visceral.

– Constantly pounding his way to the foul line.

– Getting beyond the silliness of Big Face Coffee.

– And pushing past the doubts of only doing it in 2020 Disney the bubble.

– And hardly out of place when it also will be alongside No. 6.

– This run has been something.

– Gabe Vincent made his seventh playoff start in place of sidelined Kyle Lowry, with the Heat’s starting lineup again rounded out by Butler, Bam Adebayo, P.J. Tucker and Max Strus.

– With the appearance, Adebayo tied Shaquille O’Neal and Goran Dragic for 13th on the Heat’s all-time playoff appearance list.

– This was another game when Adebayo’s numbers hardly told the story.

– He was all over the place defensively.

– Strus was called for his second foul with 7:12 remaining in the opening period, but remained in.

– Herro entered for Strus at the next timeout.

– With the appearance, Herro tied Jamal Mashburn and Dan Majerle for 18th on the Heat all-time playoff list.

– Promptly converting a 3-pointer upon entering.

– Victor Oladipo and Dewayne Dedmon followed together as second and third off the Heat bench.

– Then, rather than Spoelstra turning to Duncan Robinson, he reinserted Strus with those two fouls late in the opening period.

– With his second defensive rebound, Adebayo passed O’Neal for sixth on the Heat all-time playoff list.

– Butler’s second basket moved him past Goran Dragic for eighth on the Heat all-time playoff list.

– Butler’s first steal was the 150th of his playoff career, passing Dirk Nowitzki for 51st on NBA all-time playoff list.

– And amid the Heat’s 21-2 third-quarter run, he passed Udonis Haslem for sixth on the Heat all-time playoff scoring list.

– Vincent’s first 3-pointer was the 50th of his playoff career.

– With his second block, Adebayo passed P.J. Brown for 10th on the Heat all-time list.

– While Spoelstra did not downplay the absence of Celtics’ big man Horford due to NBA health-and-safety protocols, he noted how Boston was well built to endure such an absence.

– “Yeah, I think that was one of the more underrated moves,” he said. “Well, one, to get Horford back into the program; he’s just a perfect fit for them. But then mid-season to pick up [Daniel] Theis, again, really familiar with their personnel and their culture, their organization, and he’s a great fit for them. It just gives them tremendous depth to be able to not necessarily replace Horford, but you have a legit guy that is experienced that can play that role.”

– Spoelstra was asked pregame how he has grown this season, reflecting on the question in terms of the unique nature of these past three seasons.

– “That is very broad,” he said. “Really, the last three years, just managing all the different emotions, all the unpredictability, things that you can’t anticipate, and just continue to try to focus on the task at hand. I think that’s really been a good exercise for everybody in this business, really, to be in the present moment.”

– He added, “We’ve had some amazing nights because of these circumstances. People have been able to step up and play that maybe wouldn’t have had an opportunity to play before and then gain confidence, and then there just becomes this incredible spirit from that and some really enjoyable memories that we’ve had this season from a lot of adversity.”

– That, he said, is what has made it particularly rewarding.

– “I think we’ve all grown from that,” Spoelstra said, “We’ve been able to just find different solutions. We’ve had a lot of different rotations.”

– “A guy that has learned on the fly,” he said, “but also keeps you off balance, keeps you guessing and has kind of adapted throughout the years to where he’s at now.”