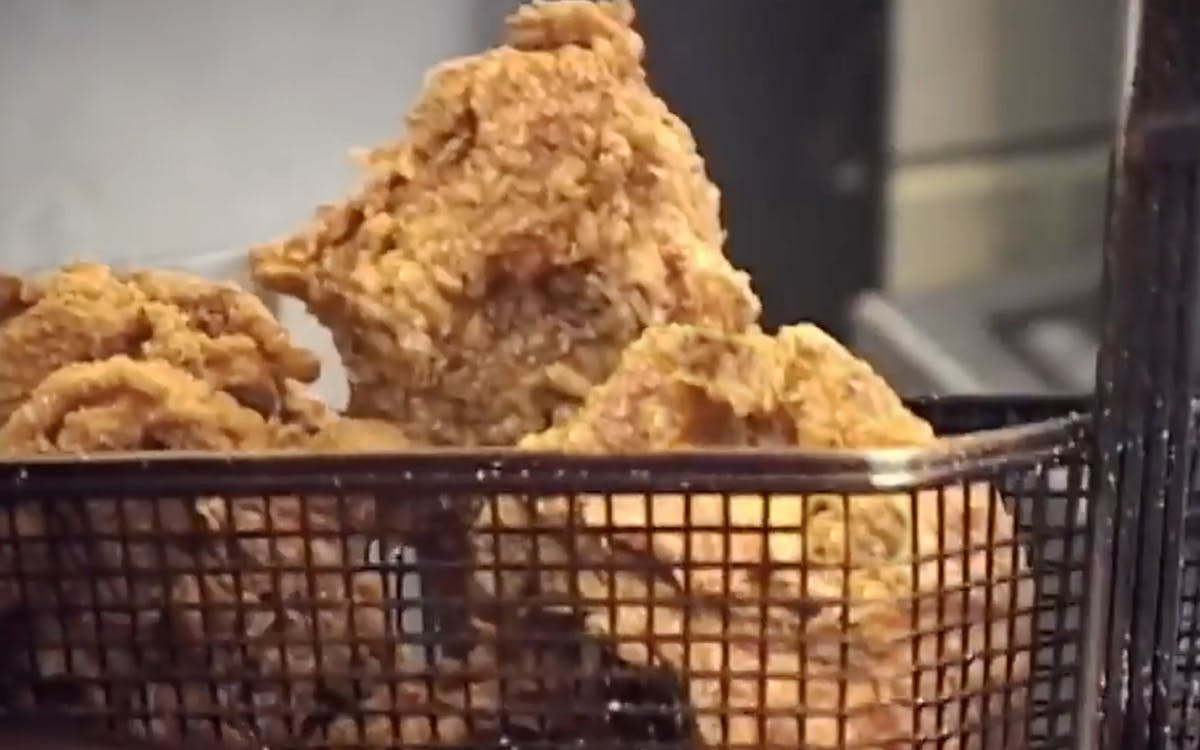 Years ago, we had heard of a great restaurant in Beaumont. The person who gave us the tip said fried chicken was its specialty and the lady who made it was special too, so we set out for a visit. The first GPS was still years away so we resorted to our old The Roads of Texas atlas to find the provided address.

“You can’t miss it,” the tipster said.

We had heard that before, but this time they were right because the address was for the Jefferson County courthouse. We weren’t sure if we’d been duped or lucky, but when we ran into Judge Larry Gist walking down the courthouse hall, he assured us “this is the place.”

“You can tell by looking at me that I don’t miss many meals,” the judge told us. “Follow me to the basement.”

What we found in the old fallout shelter turned eatery was a wonderful woman named Esther Rollins. She told us she started her day at 4:15 each morning in order to be ready for a lunch rush that began at 10:30. That’s when lawyers and clerks and judges and even a few accused criminals made a beeline to a spot near Esther’s deep fryer.

“We even get people from outside,” Esther told us. “People who don’t have any business to do at the courthouse. They come for the fried chicken.”

Esther learned how to cook fried chicken from her mama, who was one of fifteen children. She claimed there was no secret to her recipe, just flour and salt and pepper and mustard. But people who were eating the courthouse chicken told us they had tried it at home and it just wasn’t the same. Not even close.

The rush continued but not for long, because by noon Esther was sold out of chicken.

“Come back tomorrow,” she told the late arrivals.

You can bet they did.