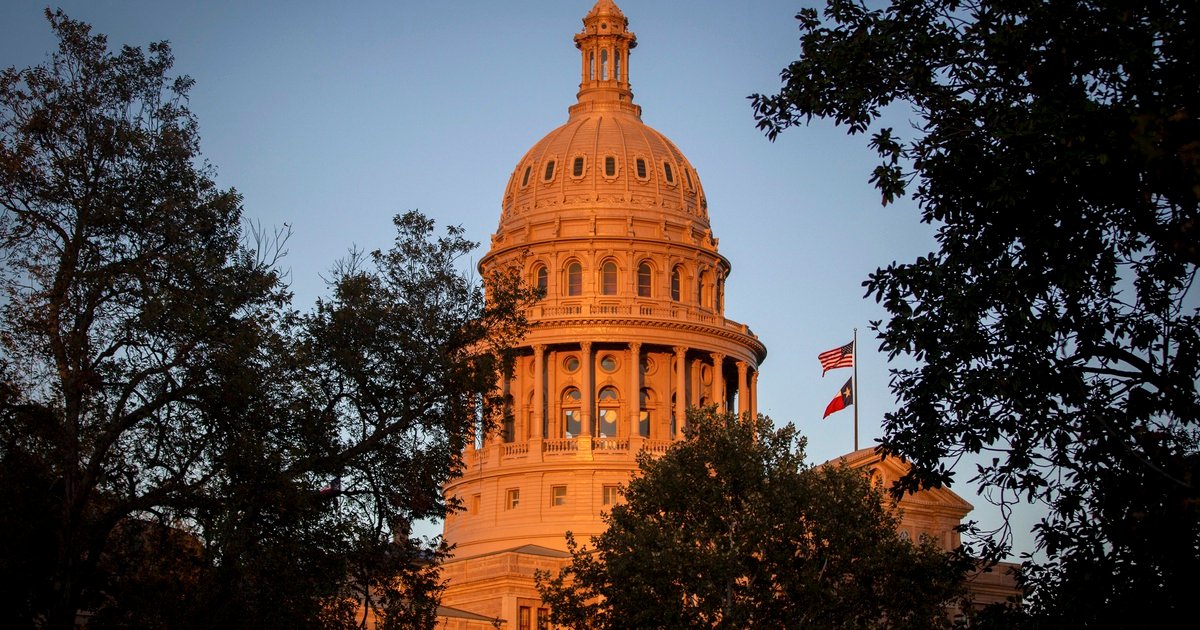 The stories from the great state workforce crunch have been pouring in for months.

The single parent who qualifies for the same state welfare benefits she’s hired to administer. Texas juvenile officers who can find safer jobs at the local Buc-ee’s for better pay. The state agency managers who can easily double their salaries in the private sector.

They are all the result, according to advocates and agency officials, of a critically understaffed workforce in many of Texas’ 112 state agencies, a situation made worse by the fact that there’s been no statewide pay raise in nearly a decade.

Factor in a worldwide pandemic and officials with Texas agencies say they are being hammered by a historic staffing crisis, particularly when it comes to those in the trenches serving the state’s most vulnerable populations or the workforce responsible for housing people.

From licensing boards to the attorney general, agency leaders are asking state lawmakers for at least $500 million to bump pay for their employees — either in across-the-board, inflation-based increases or targeted raises to even out pay disparities among employees and keep them from leaving.

To offset the lack of regular annual pay raises, some agencies have shuffled funds from empty positions for pay increases and offered other incentives, including more work-from-home options.

Now, the raise requests are pouring in as state GOP leaders discuss how to spend an anticipated $27 billion windfall in revenue during the upcoming legislative session that begins in January. Because the Texas Legislature meets every other year, state lawmakers approve a two-year budget.

Budget writers could decide to grant individual requests or authorize a statewide pay raise or a combination of both. If lawmakers were to approve a new pay hike next session, it would not take effect until 2024. But the Texas Legislature could pass a supplemental budget bill early in the session that may include more pay earlier, in 2023. But only if budget writers agree to it.

The pay raise requests from a range of agencies include nearly $50 million sought by Texas Attorney General Ken Paxton’s office, which also manages the state’s child support system, and some $1.5 million requested by the State Preservation Board for a raise for all employees including groundskeepers, electricians and maintenance staff.

The largest share of the requested dollars is coming from the state’s so-called safety net agencies charged with protecting Texas’ most vulnerable people. Children in juvenile prisons or foster care. Older Texans and individuals living with disabilities. The unemployed and the underinsured.

Social service and employee advocates say both the employees at these agencies as well as the people they serve are mostly people of color and are being disproportionately impacted by the years of no raises for state employees.

When more senior employees leave state employment, it means less-experienced staff take their spots. Both the job vacancies and the turnover impacts how well and how fast children and families in Texas can get health insurance, access child care and obtain assistance for food and utilities, said Adriana Kohler, policy director for Texans Care for Children, a nonprofit advocacy group.

State workforce problems are being blamed for the devastating living conditions in the state’s chronically understaffed prisons, both for adults and juveniles.

Those systems have started to crumble as officers earning small salaries increasingly flee difficult jobs for higher pay. In August, Texas’ youth prisons had only 44% of officer positions filled with available staff, forcing children to stay locked in their cells most of the day and defecate on the floor.

One former Texas Health and Human Services Commission web content manager, who talked to The Texas Tribune but did not want her name used, said the problem was not just needing to be paid adequately for the work. She said her small team did a huge, vitally important job and, in the end, saw no real reward.

“The saddest part is my team worked so hard,” said the employee, who left for a much higher-paid job in the private sector last fall. “They are all great people who deserve so much more.”

At the Texas Department of Family and Protective Services, staff turnover jumped by a quarter in the past year and is now among the highest in the state at around 30%. Officials there are asking for $100 million in new funding for pay increases. Most of that request, if granted, would be used to address vast pay inequities, including those in the caseworker ranks.

“Pay equity is a real issue,” said Patrick Crimmins, spokesperson for the agency that oversees the foster care system and investigates cases of abuse and neglect of children and adults. “That inequality causes constant churning of employees — on top of our regular turnover, which is always a challenge.”

Included in DFPS’ request is a 10% pay increase for abuse hotline screeners, a high-stress job critical to the agency’s mission of identifying and properly responding to reports of abuse.

“They are the ones who decide if a report is actually child abuse or neglect, legally,” Crimmins said. “And they are also expert at getting the most out of what are often just bits and pieces of information from callers, who may be very stressed out.”

The interim director of the Texas Juvenile Justice Department said her prisons were competing with much safer jobs for similar pay — like working at the local Buc-ee’s convenience store chain.

The starting salary for officers is now $41,700 but only after the TJJD officials implemented an emergency 15% raise for officers earlier this year. They were able to do it largely by taking the pay budgeted for unfilled positions.

“While the agency salaries were already not competitive, the impacts of COVID, the national labor shortage and the healthy Texas economy have greatly amplified the agency’s hiring difficulties,” Shandra Carter, TJJD’s interim director, said in written comments to the Tribune in July. “This has left us currently competing with local warehouse, cashier, and retail positions.”

Both TJJD and the Texas Department of Criminal Justice, which runs the state’s adult prisons, are asking lawmakers for $45 million and $90 million, respectively, for staff raises.

Officials at the Texas Department of State Health Services, which managed the state’s public health response to the pandemic, said in its budget request that it is losing employees to other sectors because of lower pay.

DSHS is the primary health provider for residents in rural communities where hospitals have been shrinking or closing for decades, and where the state health department is the first responder in disasters.

“Do you want state employees who can pay their rent? Do you want them to be able to raise families and live a good, working person’s kind of life? I think the answer to that is yes,” DSHS Commissioner Dr. John Hellerstedt said in an interview with the Tribune on Wednesday. “And to me, if you compare what’s going on with the compensation that state employees enjoy with what’s going on in the broader workforce, the data is undeniable.”

The median pay for its employees is $36,000. Agency officials are asking for $260 million in general revenue over the next two years to address what officials there described as “critical workforce needs.” In August, the agency announced pay raises for some positions.

The request includes pay increases and pay equity adjustments, particularly at state facilities and in the program eligibility workforce, where employees help Texans figure out what public assistance and health insurance they can access through the state.

“In the current economy, employers across government and private sectors are facing critical workforce shortages,” Cecile Erwin Young, executive commissioner, wrote in the agency’s request. “HHSC’s challenges in this area are significant and are hampering our ability to efficiently deliver services and process benefit applications in a timely manner.”

More than 7.5 million Texans receive services from the agency every month. The agency employs some 37,000 people, three-quarters of whom work outside of the state headquarters in Austin and across Texas.

“This budget request reflects the importance of the people we serve and the people at HHSC who make those services possible,” Young wrote in the request.

An entry-level “Texas Works advisor,” for which the pay starts at just under $28,000 per year, works on the agency’s public-facing front lines, helping process families’ eligibility for social service programs, according to the state auditor’s office.

That salary is low enough for a single parent with two kids to qualify for some of the very same benefits the job helps other families receive.

As of July, more than 1,600 employees, mostly women, had this job title, for which pay tops out at less than $42,000 per year. All of them make less than the median salary for state employees.

Meanwhile, agency officials have said that applications for the Supplemental Nutrition Assistance Program, which helps families pay for food and is only one of the programs that eligibility workers navigate, have increased by 65% this year.

“There’s a lot of momentum at the Legislature around making sure that kids who are eligible for health coverage actually have a way to sign up and renew their coverage,” Kohler said. “Addressing the staffing shortages in the HHSC eligibility office must be part of that strategy.”

Jolie McCullough contributed to this report.

Disclosure: State Preservation Board and Texans Care for Children have been financial supporters of The Texas Tribune, a nonprofit, nonpartisan news organization that is funded in part by donations from members, foundations and corporate sponsors. Financial supporters play no role in the Tribune’s journalism. Find a complete list of them here.