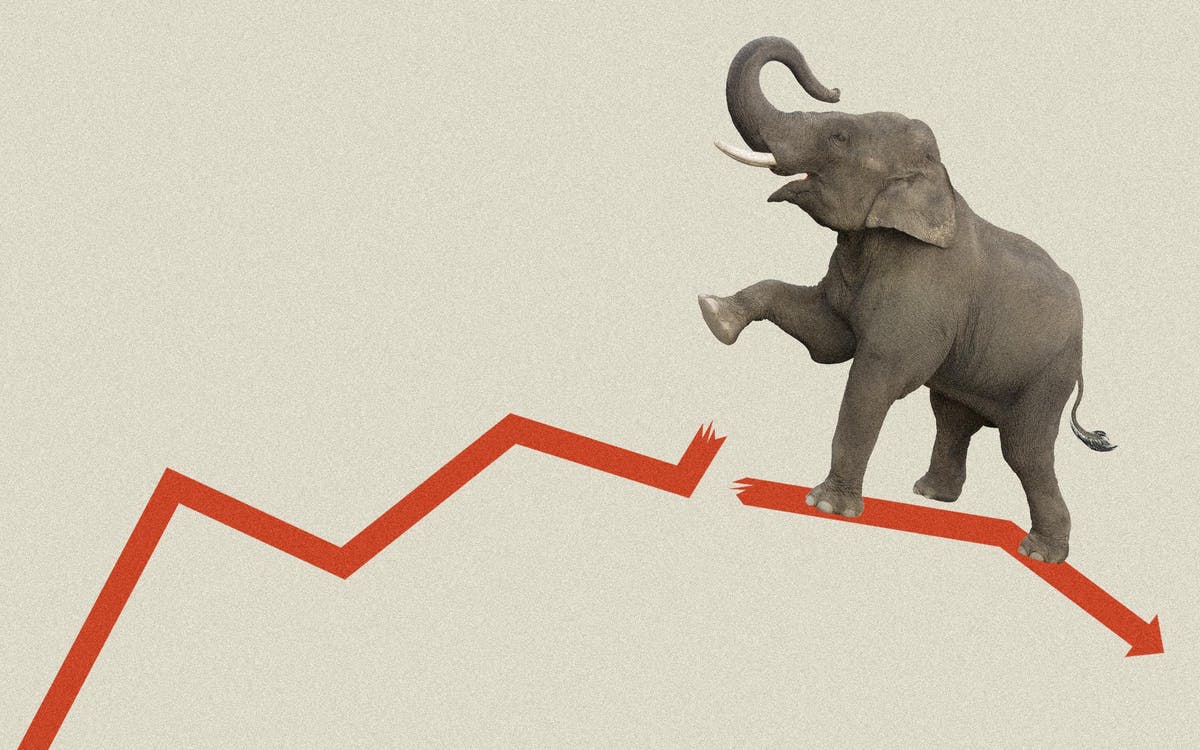 Not that long ago, the Republican party, particularly in Texas, branded itself as the protector of capitalism and the free market and an opponent of socialism. By “socialism,” GOP leaders meant not only the kind of politics Karl Marx and Friedrich Engels preached but also, broadly speaking, most types of state interference in commercial relations among private parties, including through progressive taxes, government mandates, and regulations. Love of the free market was the water in which Republican politicians swam.

Lately, though, that water has turned quite murky. The Republican party has set its sights on a new enemy, Disney, one of the most powerful instruments of American cultural hegemony and soft power in the world—and a wildly profitable one at that. The Walt Disney Company is American capitalism distilled. Uncle Walt started with some funny cartoons about a mouse and bequeathed a business empire that now boasts $203 billion in assets and 190,000 employees—more than the GDP of Ukraine and more people than are in Germany’s standing army. Even stranger, the fellow leading this crusade is Ron DeSantis, the governor of Florida, whose largest employer is the House of Mouse. But that hasn’t bought Disney any protection from today’s culture wars.

DeSantis was primarily upset about Disney’s opposition to the state’s new “Don’t Say Gay” law, which bars educators from classroom instruction that mentions homosexuality before the fourth grade. Because everything DeSantis does these days filters down to Texas—woe to our Texas, stuck in Florida’s thrall—our state government now hates Disney too. On April 4, a bizarre newsletter from Lieutenant Governor Dan Patrick warned supporters about Disney’s “crazy ‘woke’ radical agenda,” explaining that “this week they also announced they will no longer address anyone with the greeting ‘boys and girls’ and ‘ladies and gentlemen’ at their parks.” How could Texans fight back? “Cut off the Disney Channel. Cancel your park trip or your cruise if one is planned. If you own Disney stock, sell it. Although I did not own many shares of individual Disney stock, I sold them today.”

As bizarre as it might sound, Republican crusades against businesses have now become commonplace. When Vermont ice cream company Ben & Jerry’s announced it would no longer sell ice cream in the occupied West Bank—while continuing to sell ice cream in Israel proper—you might have reasonably asked, “Who cares?” Apparently, Governor Greg Abbott did. He issued a furious statement, while state comptroller Glenn Hegar warned that Texas might be obligated to divest itself of stock holdings in the company’s corporate parent, Unilever, because of a law the Legislature passed in 2017 that bans investment in companies that decline to do business in Israel.

Other companies to catch flak from Texas elected officials recently include American Airlines, based in Fort Worth, which in 2021 issued a brief statement in opposition to the “election integrity” bill that made it tougher to vote. Patrick responded with a withering statement against the company that employs around 30,000 Texans in the Dallas–Fort Worth area. “Texans are fed up with corporations that don’t share our values trying to dictate public policy,” he said. At a press conference that ran on local news broadcasts around the state, he got even testier, yelling that if “Mister American Airlines” wanted to continue getting preferential treatment from the Legislature—all the subsidies and tax cuts and favorable rule changes big businesses regularly receive—it couldn’t then turn around and “slap [lawmakers] in the face.”

Patrick’s attitude was the same when corporations around the country, from Apple to IBM, condemned Texas’ 2017 bill that would have prevented transgender Texans from using their preferred bathrooms. But his ire hasn’t just been limited to private enterprise that speaks up against the Legislature. Last year, he made a special priority of a bill that would force professional sports teams to play the national anthem before all games (after a row with the Dallas Mavericks, who had stopped doing so).

It would be one thing if the business-bashing were limited to press conferences and rallies—this is Texas, after all, and our politicians always need more red meat to feed to the tigers they are riding. But in the last decade, the Legislature has taken a greater interest in attempting to compel or influence behavior by businesses—including ones headquartered in other states. Elected officials have waged a war against social media companies based in California for “punishing” right-wing figures by blocking those who spread disinformation and hate speech and otherwise violate the companies’ terms of service. Last year, Patrick also backed a bill that would require state investment and pension funds to divest from any company, including JPMorgan Chase and Goldman Sachs, that had begun to transition more of its portfolios away from fossil fuel companies and toward those developing renewable energy. The bill, supported by the state’s powerful oil and gas industry, passed with broad bipartisan support.

Expect more of that sort of action in the next legislative session. In March, state representative Briscoe Cain said he’d attempt to bar Citigroup from underwriting municipal bonds in the state unless it reversed a policy of paying for its employees who live in Texas to travel out of state for abortions. In offering the policy, Citigroup was operating in its own interest—and that of Texans who want big employers in the state. If, as expected, the state’s effective ban on abortion is upheld by the Supreme Court’s coming decision on a related case out of Mississippi, it will be harder for many major companies to convince some employees to move to Texas unless they can offer some sort of accommodation. Cain believes that’s not the companies’ decision to make.

What’s gotten into the free-market water?

For much of the second half of the twentieth century, the guiding principle of the conservative movement was “fusionism.” Historically, social conservatives were deeply skeptical of the free market, while free-market advocates were skeptical right back, on issues including abortion, civil rights, and gay rights. In the face of godless communism and the Cold War, however, the two banded together and ultimately produced the Reagan Revolution.

In Texas, the first decade of the twenty-first century saw a lot of big-business boosterism. Governor Rick Perry deployed a handful of (suspiciously slushy) funds to lure big companies to the state. But without communism to scare folks into line, and with the global financial crisis of 2008 that saw a Republican president bail out big banks at stupendous expense to taxpayers, the bonds began to fray.

Faith in big business has fallen precipitously in recent years. Americans of all stripes have been losing trust in institutions in the last decade, but the decline is especially sharp among self-identified conservatives, who feel besieged in the culture and with few allies. Just 20 percent of Republicans said they had a good deal of confidence in big business in a Gallup poll last summer, while 37 percent said they had little or none—a result that was flipped just the year before, with 32 percent expressing support and 19 percent having little or none.

The change has been a decade in the coming. With the birth of the tea party movement, conservatives in Texas started to talk about a new enemy: “crony capitalism,” a perverted system that saw big business in league with government and working against the American people on issues such as the off-shoring of factories to China and Mexico. That term has fallen out of favor now, but it’s been replaced by a new specter haunting America: the specter of “woke capitalism.” Many in the GOP now say businesses are the instruments of the cultural left, ramming wrong values down our throats. They say that when major corporations celebrate Pride Month—or even just wish you “Happy holidays” at the door—they’re demonstrating their capitulation to the “gay agenda,” to non-Christians, and to leftists in general. And that, they believe, makes those companies a fair target.

The Republican Party of Texas, says Jim Henson, a political scientist and director of the University of Texas’s Texas Politics Project, is captive to “an intense antiestablishment sentiment in the base that has led elected leaders to not hesitate to vilify business as part of the general venting of reaction.” Anger in the base grows about incidents in the culture war—say, Disney shows with queer characters. Then, ambitious elected officials such as Patrick meet that anger and amplify it—in turn deepening and broadening the rage in their base. The dynamic necessitates a constant stream of new targets. Governor Greg Abbott and Attorney General Ken Paxton went to war with Facebook last year over its terms of service, which they alleged punished conservative users. Today that fight is hardly remembered, except in court cases such as the one currently winding its way through the Fifth Circuit.

There’s little evidence, Henson says, “that Republican leaders who are talking about woke capitalism are rethinking the centrality of markets to their politics,” he says. It is perhaps proof of a “discord that’s developing among their base that they have to accommodate.” But that discord, and elected officials’ reactions to it, may “have unintended consequences” down the line—the base, in its infinite wisdom, may come to demand actions that are of more consequence.

When the Legislature passed its bill last year attempting to punish global financial giants for moving away from oil and gas, it could be seen as a blow against “woke capitalism.” But really, it was a move to punish “Eastern banks,” in the parlance of the prairie populists a century ago, on behalf of a domestic industry—one that happens to be a major source of political donations. That’s not a new tendency in the Legislature; it’s a very old one, and one that indicates the Lege remains responsive to many businesses’ material needs, if not their other positions. Patrick might have enjoyed punching at American Airlines, but he didn’t go after its pocketbook with legislation.

And that points to why, in the short term, at least, the Texas GOP’s slowly escalating harassment of business isn’t likely to offer an opportunity to Texas Democrats to become the business lobby’s party of choice. The lobby has a wish list for every session of the Legislature, and throwing its collective support behind Democrats would be, at present, a bad way to get that wish list passed, because the party hasn’t won a statewide election in 27 years, hasn’t controlled either house of the legislature in 20 years, and shows no sign of breaking either streak this year. As long as Republicans are a permanent majority party, the business lobby “doesn’t have anyone else to do business with,” says Henson.

Until Democrats demonstrate greater political viability, then, it’s open season on woke business. Perhaps the free market will encourage Democrats to do better—it’s only then that their consultants and campaign managers will be able to pick up lucrative lobbying gigs, as their Republican counterparts do.