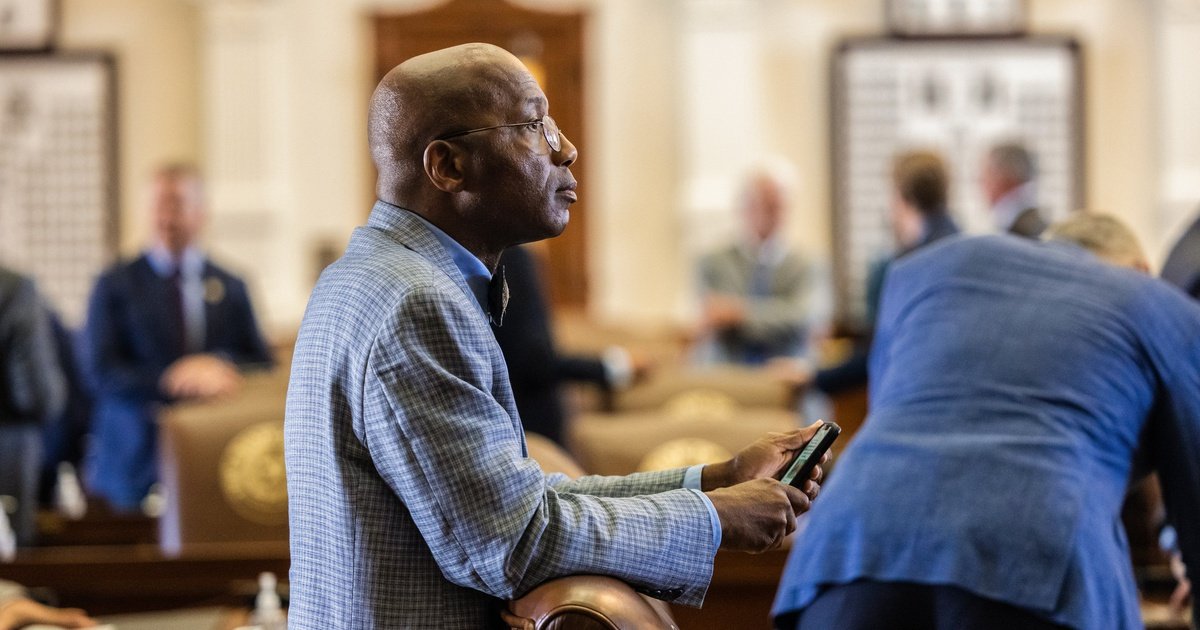 State Rep. James White, a conservative Republican who represented his East Texas district for 11 years, has resigned his seat in the Texas House to take a job as executive director of the Texas Funeral Services Commission.

White, a Black Republican who first won election to the Texas House during the Tea Party wave of 2010 by ousting a longtime Democrat, had already decided not to seek reelection to the chamber this year and instead opted for an unsuccessful primary challenge to Agriculture Commissioner Sid Miller. White’s term was set to end in January when his successor would take office. But White left a few months early when he made his resignation official on Aug. 11.

“It has been a privilege and honor to serve my fellow Texans in Tyler, Angelina, Hardin, Jasper, Newton, Polk, San Jacinto and Trinity counties for the last six sessions,” he wrote in his resignation letter to Gov. Greg Abbott. “I am proud of the work that I have accomplished for my community and for our whole state.”

White, who frequently sported a bolo tie on the House floor, served as chair of the Corrections Committee for two sessions and paid particular attention to juvenile justice issues, helping to reform some of the state’s truancy laws, which gained him the respect of liberal groups whose politics otherwise diverged with his. In 2021, he led the Homeland Security and Public Safety Committee, where he helped push through legislation that allowed any Texan to carry handguns without a license or training if they otherwise were authorized to carry a gun. The bill had been a priority for the right wing of the GOP, including White, but had been stopped by the party’s more moderate wing in past sessions.

White often espoused some of the most conservative views on the House floor on issues like abortion and guns, but also on other issues, like his push for a bill in 2019 that would have made it harder to remove Confederate monuments from public places. (The bill ultimately failed.)

White’s departure leaves the Legislature with no Black Republicans. It also creates a vacancy to lead the Homeland Security and Public Safety Committee, which has been tasked with finding legislative proposals to prevent future mass shootings like the attack on Robb Elementary in Uvalde in May.