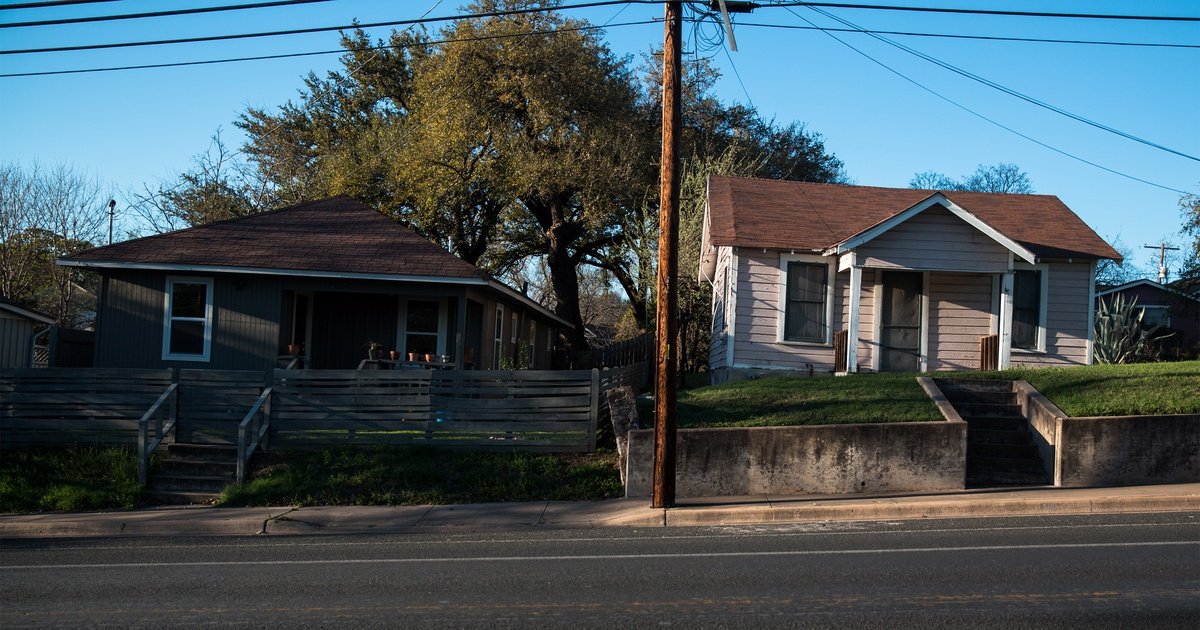 Eviction filings in Texas’ biggest cities have surged to their highest point since the start of the COVID-19 pandemic as federal rental assistance dollars dry up and rising living expenses squeeze struggling renters.

Landlords in Houston, Dallas and Fort Worth, cities that routinely post some of the highest numbers of eviction filings in the country, together filed more than 37,000 evictions in the first three months of 2022, data from organizations that track evictions in those cities show — levels not seen since the pandemic began.

Out of the 31 cities tracked by Eviction Lab, a research center based at Princeton University that studies evictions, the Houston area saw the second-highest number of evictions filed in the country during the first week of April, second only to New York City. Dallas and Fort Worth also sat in the top five for weekly evictions, along with Phoenix.

And in Austin, the number of eviction cases has soared since a local ban on most evictions ended last year. Austin ranked eighth among the cities on Eviction Lab’s list, behind Las Vegas and Philadelphia.

The high rate of case filings comes after government bans on eviction have expired and the well of federal rent relief dollars has nearly run dry. Now, Texas tenants who have struggled to make ends meet as COVID-19 ravaged the economy must go without the safety net constructed during the pandemic to keep people housed — while rents in many major cities have risen by double digits in the past two years and growing inflation makes it harder for struggling households to also pay for expenses like groceries and gas.

“We can’t say for sure, but it feels like there’s kind of a perfect storm of factors that are colliding,” said Ashley Flores, senior director of the Dallas nonprofit Child Poverty Action Lab.

Until recently, Austin had some of the state’s strongest eviction bans to help the city’s poorest residents stay in their homes amid a housing market gone berserk. Austin rents have shot up more than 21% since March 2020, figures from Apartment List show — faster than any other major Texas city. Home prices there have skyrocketed amid the pandemic; the median sales price of an Austin home surpassed $600,000 last month, according to the Austin Board of Realtors.

Those protections are now gone. Since city and county emergency orders banning most evictions in Austin and Travis County expired in December, landlords there have filed more than 2,500 eviction cases in roughly four months, according to figures from Eviction Lab — more than landlords sought in the 21 months between March 2020 and the end of 2021.

“We really believe that we’re going to be seeing that number increase in a really radical way because the pressure points that are existing now are way worse than they were in 2019,” said Mincho Jacob, a spokesperson for Building and Strengthening Tenant Action, or BASTA Austin. “Where you were seeing evictions, gentrification and folks struggling to survive, it is exponentially so now and there are basically zero protections.”

“Unfortunately, from an owner’s perspective, when somebody’s unable to pay their rent, depending on the circumstances, there aren’t a lot of other options out there for them,” Mintz said.

That money has nearly all been spent — although some of it has been reclaimed by the federal government because locals couldn’t spend the money fast enough. In March, the Treasury Department took back $10 million from rental programs in nine Texas cities and counties — including Laredo, Dallas County and Hays County.

At the same time, Treasury shoveled another $70.6 million to rent relief programs in Texas that it has deemed capable of efficiently distributing the funds —including the state program and those in Houston, San Antonio and Austin. But many of those programs, including the state’s, aren’t taking new applications as they use the new dollars to try to work through a backlog of applicants.

Even when landlords receive rent relief, it’s not a guarantee that renters will stay housed.

“Uncle Sam is out of money,” said Dana Karni, an attorney for Lone Star Legal Aid, which provides free legal services to low-income Texans including tenants facing eviction. “And so landlords have to make their decision: Will they try to work with the tenant — and some tenants, I think, are on shakier footing than others — or do they just want to move on?”

The future of the state’s remaining protections for tenants is unclear. Under an emergency order by the Texas Supreme Court, local justices of the peace must let representatives from legal aid groups or volunteer legal services into their courtroom to advise tenants facing eviction — typically tenants don’t have legal representation in eviction hearings. Often, just having a lawyer can help keep a tenant housed, legal aid lawyers say.

The same Supreme Court order requires judges to postpone eviction cases if a landlord confirms they have applied for rental assistance or joined a tenant’s application for rent relief.

That order expires in May — and it’s unclear whether the court will renew it.

Some justices of the peace have grown more deliberate during the pandemic when it comes to deciding eviction cases, said Judge Nicholas Chu, a Travis County justice of the peace. It’s common for eviction hearings to last no more than a few minutes, but some judges are now taking longer to hear cases in order to make sure they don’t throw people out of their homes if there’s a viable alternative, Chu said.

“In the future, I think courts will be more active in trying to prevent unnecessary evictions,” Chu said.

Even so, some worry that higher numbers of eviction filings are here to stay.

“I think that once we see a particular volume of eviction filings, and that the entire economy or society doesn’t crash as a result, there’s no reason to draw back from it,” said Karni, the Lone Star Legal Aid lawyer. “There’s no reason to kind of shrink back to a smaller number, unless there is somebody else paying the bills.”

Disclosure: Texas Apartment Association has been a financial supporter of The Texas Tribune, a nonprofit, nonpartisan news organization that is funded in part by donations from members, foundations and corporate sponsors. Financial supporters play no role in the Tribune’s journalism. Find a complete list of them here.