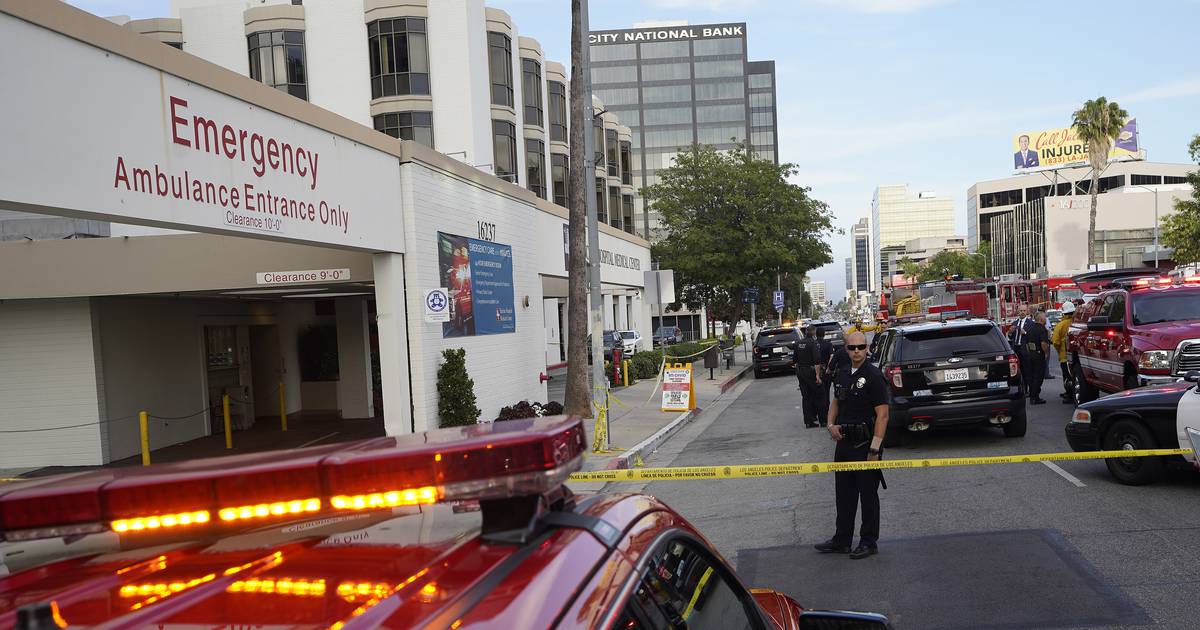 A man accused of stabbing three people inside an Encino, Calif., hospital was identified and charged Saturday.

Ashkan Amirsoleymani, 35, was booked on three counts of attempted murder, according to the Los Angeles Police Department.

Amirsoleymani allegedly stabbed a doctor and two nurses at Encino Hospital Medical Center Friday after walking into the emergency room and asking for treatment for anxiety, police said Friday. He then barricaded himself inside a room for four hours as the SWAT team tried to negotiate with him.

He was eventually arrested and hospitalized for treatment on apparent self-inflicted wounds to his arm, according to officials.

Police have no evidence that Amirsoleymani knew his victims. A motive is still unclear.

“There was blood all over the floor, blood in the rooms, blood on the gurney the doctor was laying on,” Parham Saadat, a dental hygienist who works nearby and ran over to help, told the Los Angeles Times. “It was a bloodbath.”

Good Samaritans stepped in to help treat the wounded until doctors and paramedics arrived.

Saadat said Amirsoleymani ran into a storage room and the dental hygienist closed the door behind him, then held it shut with the help of several others.

“The guy wasn’t even reacting,” he said. “He was just standing in the room, his back toward the window of the door. I’m not really sure what he was doing. But it was definitely pretty creepy.”

Two of the people injured in the stabbing have been released from the hospital and the third remains hospitalized in stable condition, according to the last update. A spokesperson for Dignity Health Northridge Hospital Medical Center, where the victims were taken, did not immediately return a request for comment from the Daily News Sunday.

Amirsoleymani has had several previous arrests, police said, including battery on a police officer and resisting arrest.

He is being held on a $3 million bail.

The stabbing came just days after a deadly rampage in Tulsa when 45-year-old Michael Louis allegedly killed four people at Saint Francis Hospital Wednesday. Among the victims was Dr. Preston Phillips, who had performed back surgery on Louis a month earlier and whom the accused killer was allegedly hunting, according to police.