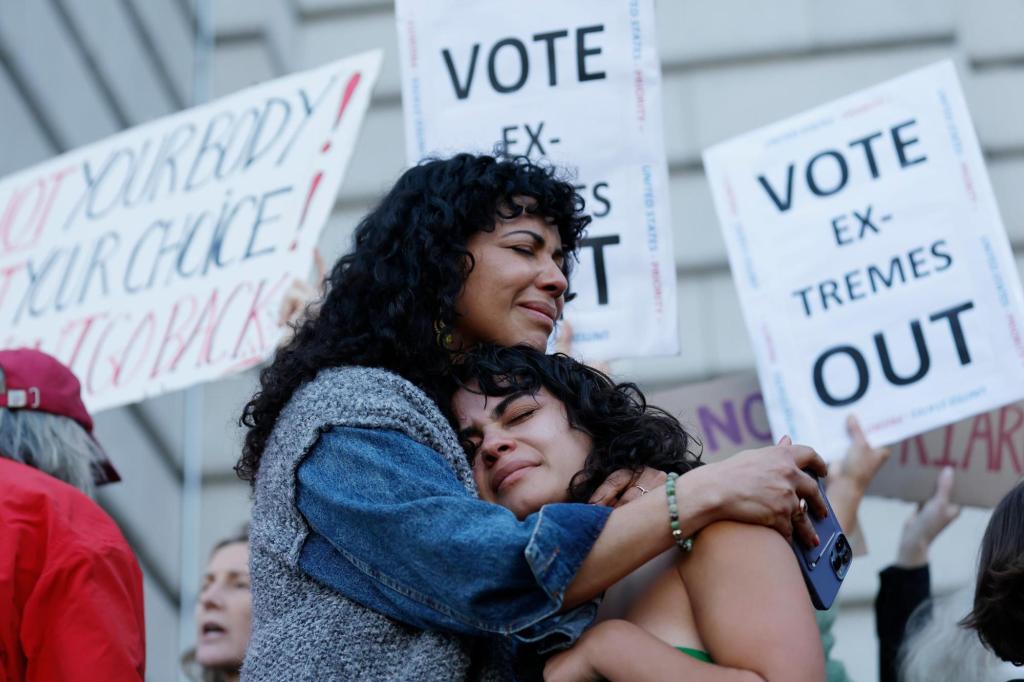 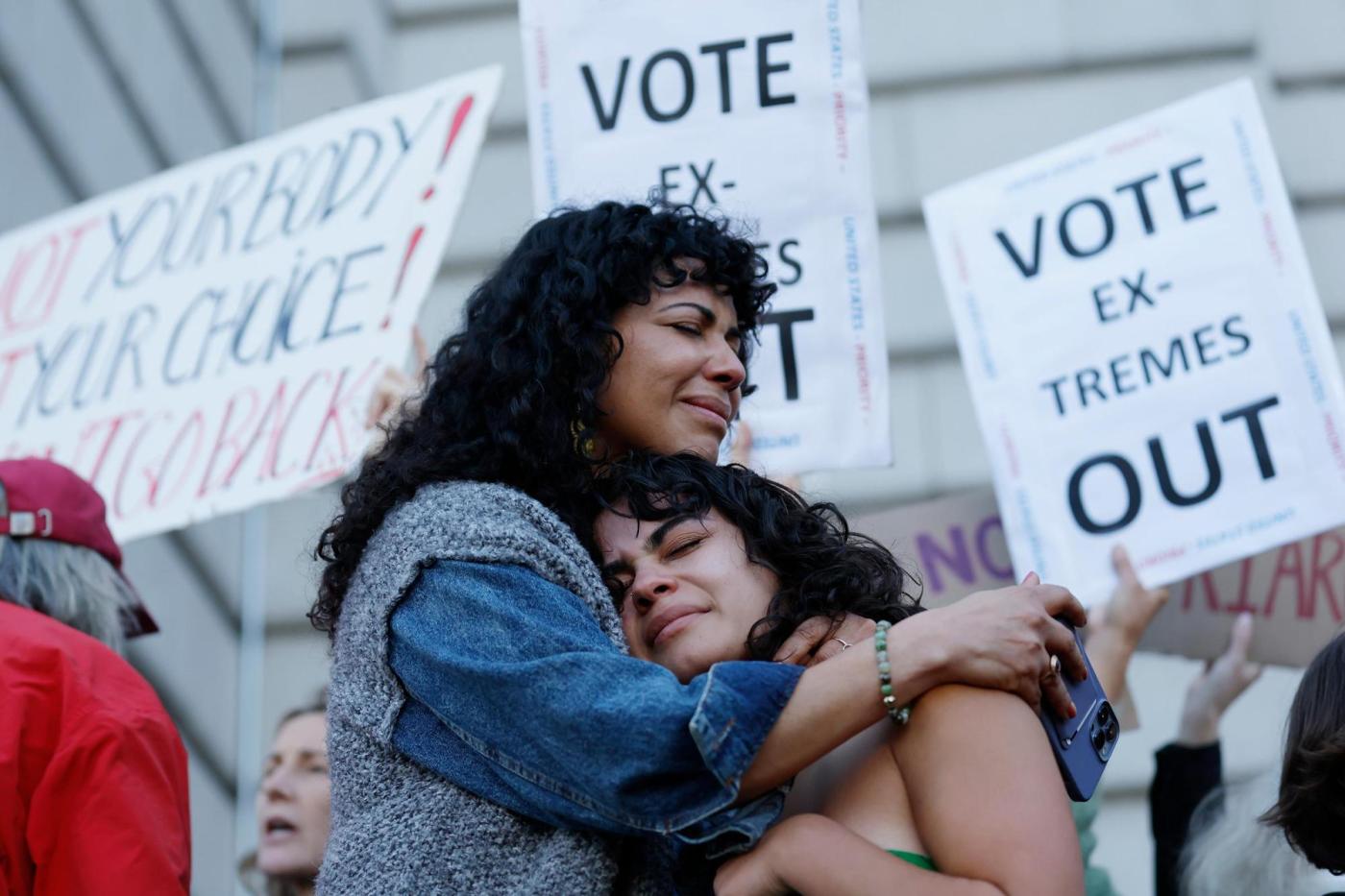 NEW ORLEANS (AP) — The fall of Roe v. Wade shifted the battleground over abortion to courthouses around the country Monday, as one side sought quickly to put statewide bans into effect and the other tried to stop or at least delay such measures.

The U.S. Supreme Court’s decision Friday to end constitutional protection for abortion opened the gates for a wave of litigation from all sides.

Many of the court cases will focus on “trigger laws,” adopted in 13 states in anticipation of the ruling and designed to take effect swiftly. Lawsuits could also target old anti-abortion laws that were left on the books and went unenforced under Roe. Newer abortion restrictions that were put on hold pending the Supreme Court ruling have also started to come back into play.

“We’ll be back in court tomorrow and the next day and the next day,” Nancy Northup, president and CEO of the Center for Reproductive Rights, which argued the case that resulted in the high court ruling, said Friday.

In Louisiana on Monday, a judge in New Orleans, a liberal city in a conservative state, temporarily blocked enforcement of the state’s trigger-law ban on abortion, after abortion rights activists argued that it is unclear. The ruling is in effect pending a July 8 hearing.

At least one of the state’s three abortion clinics said it would resume performing procedures on Tuesday.

“We’re going to do what we can,” said Kathaleen Pittman, administrator of Hope Medical Group for Women, in Shreveport. “It could all come to a screeching halt.”

Also Monday, abortion rights advocates asked a Florida judge to block a new law there that bans the procedure after 15 weeks with some exceptions and is set to take effect this week. And a hearing was scheduled for Monday afternoon in Utah, where Planned Parenthood challenged a trigger law there that contains narrow exceptions.

The American Civil Liberties Union of Arizona and an abortion-rights group also filed an emergency motion there on Saturday seeking to block a 2021 law they worry can be used to halt all abortions.

In striking down Roe, the Supreme Court left it to the states to decide whether to allow abortion.

“The expectation is that this will result in years of legislative and judicial challenges,” said Jonathan Turley, a professor at the George Washington University law school.

As of Saturday, abortion services had stopped in at least 11 states — either because of state laws or confusion over them.

In some cases, the lawsuits may only buy time. Even if courts block some restrictions from taking hold, lawmakers in many conservative states could move quickly to address any flaws cited.

That’s likely to be the case in Louisiana. The plaintiffs in the lawsuit filed in state court don’t deny that the state can now ban abortion. Instead, they contend Louisiana now has multiple, conflicting trigger mechanisms in the law.

They also argue that state law is unclear on whether it bans an abortion prior to a fertilized egg implanting in the uterus. And while the law provides an exception for “medically futile” pregnancies in cases of fetuses with lethal abnormalities, the plaintiffs noted the law gives no definition of the term.

Around the country, challenges to other trigger laws could be made on the grounds that the conditions to impose the bans have not been met, or that it was improper for a past legislature to bind the current one.

Laura Herner, a professor at Mitchell Hamline School of Law in St. Paul, Minnesota, said other challenges might call into question whether state laws sufficiently and clearly allow for exceptions to protect the life or health of a pregnant woman.

Now that the high court has ruled that the U.S. Constitution does not guarantee the right to an abortion, abortion rights supporters will make the case that their state constitutions protect such a right.

A judge heard arguments on that issue Monday in Florida, where attorneys tried to block a new law from going into effect Friday. The ban beyond 15 weeks has exceptions to save the pregnant woman’s life or prevent physical harm or in cases where the fetus has a fatal abnormality. The ACLU of Florida argued the law violates the Florida Constitution.

But he said that that the Supreme Court ruling should preclude abortion rights supporters from prevailing in any federal challenges. And he called efforts based on state constitutions “fanciful.”

Still other cases could be filed as states try to sort out whether abortion bans in place before Roe was decided — sometimes referred to as “zombie laws” — apply now that there is no federal protection for abortion.

For instance, Wisconsin passed a law in 1849 banning abortions except to save the life of the mother. Attorney General Josh Kaul, a Democrat, said he does not believe it is enforceable. Abortion opponents have called on lawmakers to impose a new ban.

In the meantime, Planned Parenthood of Wisconsin said it immediately suspended all abortions.

In Michigan, Planned Parenthood challenged a 1931 abortion ban ahead of last week’s Supreme Court ruling. In May, a judge said the ban could not be enforced because it violates the state’s constitution. Abortion rights supporters are now trying to get a proposed state constitutional amendment on the ballot in November to protect abortion and birth control.

Idaho, Oklahoma and Texas have adopted laws that allow people to seek bounties against those who help others get abortions. It is an open question as to whether that means people can be pursued across state lines, and legal challenges over the issue are likely to come up in cases of both surgical abortions and those involving medicine mailed to patients.

The California Legislature, controlled by Democrats, passed a bill Thursday to shield abortion providers and volunteers in the state from civil judgments imposed by other states. In liberal Massachusetts, Gov. Charlie Baker, a Republican, signed an executive order Friday that prohibits state agencies from assisting other states’ investigations into anyone who receives a legal abortion in Massachusetts.

The challenge filed in Arizona, where most providers stopped offering abortions, said the legal questions are urgent.

Even if abortions resume in weeks or months, the plaintiffs said, “patients may be at greater risk of medical complications or may lose access to abortion altogether as a result of the delay.”

For AP’s full coverage of the Supreme Court ruling on abortion, go to https://apnews.com/hub/abortion.