Starbucks baristas say no to union at two Chicago stores 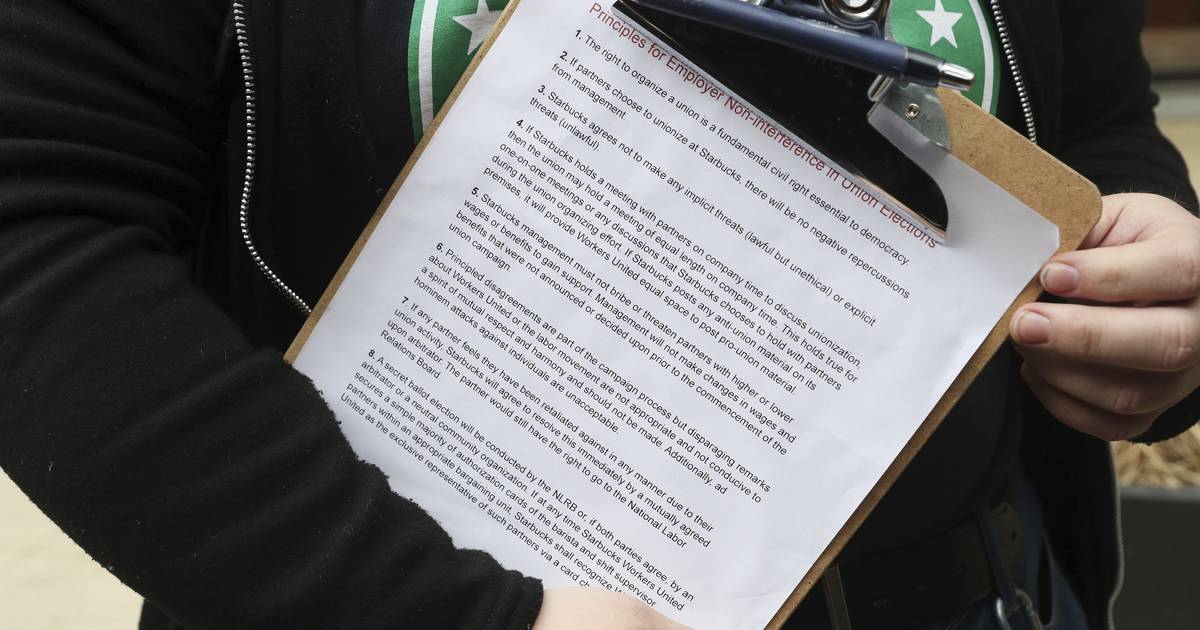 All three elections, conducted by the National Labor Relations Board over Zoom, were tight. Baristas at the Starbucks at 155 N. Wabash Ave. in the Loop voted 7-6 against unionizing with Starbucks Workers United, the Service Employees International Union affiliate representing Starbucks employees, and baristas at 2543 N. California Ave. in Palmer Square voted 10-8 against unionizing.

Workers at a Hyde Park store at 1174 E. 55th St. voted in favor of the union 5-3, bringing the number of unionized Starbucks stores in Chicago up to three. The Hyde Park store is the first on the South Side to unionize.

Tuesday’s losses in Chicago were atypical, particularly in a city often referred to as a union town. As of last week, Starbucks baristas had won 100 out of 121 union elections that had been held nationwide. In Chicago, two stores in Edgewater voted to unionize about two weeks ago. The first Illinois stores to unionize, located in Cary and Peoria, voted to do so in April. Baristas at a store in La Grange voted against the union in May. The union’s Chicago-area record now stands at three losses and two wins.

The Starbucks campaign is one example of a recent upsurge in labor organizing. Union filings with the NLRB were up 57% in the first half of this fiscal year when compared to the same time period in fiscal year 2021.

Nationally, workers at more than 270 Starbucks in 34 states have filed for union elections, according to late-May data from the National Labor Relations Board. The company is facing numerous complaints from the agency alleging a range of illegal behavior, including surveillance and the firing of baristas seeking to organize.

Jasper Booth-Hodges, who works at the Hyde Park store that voted in favor of the union, said he felt relieved. “I’m really proud of my team for coming through,” he said. “I work my first shift at a union Starbucks tomorrow.”

In a statement, Starbucks called the Palmer Square and Loop votes “a resounding vote of confidence in moving forward and continuing to partner directly with Starbucks.” The company said it “will respect the process and will bargain in good faith” with workers in Hyde Park.

The union did not immediately release a statement Tuesday.

The three stores for which votes were counted Tuesday were the first in Chicago to file for union elections; all did so in January. The two Edgewater stores that voted to unionize two weeks ago filed for elections significantly later, in March and April.

Booth-Hodges said it was challenging to keep morale up while waiting for the election. “It really put a lot of us in a really tough spot,” he said. Booth-Hodges also pointed to interim CEO Howard Schultz’s announcement in May of new pay raises and benefits that he said would not apply to unionized stores as a challenge for organizers.

Robert Bruno, director of the labor studies program at the University of Illinois, said the gap of time between filing for an election and the vote count can be a challenge for unions, which find themselves needing to create “a kind of antidote to the anti-labor messages and practices that are going to come from the employer.”

“Nonetheless, he made that claim, and it gives the employer an opportunity to begin to pick off workers,” he said.

In a statement, Starbucks reiterated earlier comments that new pay and benefits changes “will apply to stores where Starbucks has the right to unilaterally make these changes,” arguing that it lacked the right to do so in stores that have unions or that are organizing.

Bruno cautioned against attempting to extrapolate larger patterns from the two losses in Chicago Tuesday, saying the result of any individual union election comes down to what workers are experiencing on the ground and what tactics are employed by companies and unions attempting to win them over. Still, he said, it seemed as if Starbucks Workers United was entering another phase in its union push now that Starbucks has realized the national scope of its campaign and may be taking it more seriously.

“They’re a big wealthy company, and they’re going to use the tools — legal and maybe kind-of-sort-of legal — the tools they can use to try to stop this wildfire from spreading,” he said. In response, Bruno said, organizers will likely ramp up their campaigning and worker education to keep winning elections.

“You can’t take it for granted,” Bruno said. “These folks are getting wins in right-to-work states with low union density. And yet, they lost two out of three in Chicago. So it really requires, I think, people to look carefully at each individual case.”

In total, 10 Chicago-area stores have filed for union elections since January, most recently in Edgewater and West Rogers Park. Votes will be counted June 14 for an election at the Starbucks located at 2101 W. Armitage Ave. in Bucktown.