Sparks Of Hope Out October 20 On Switch 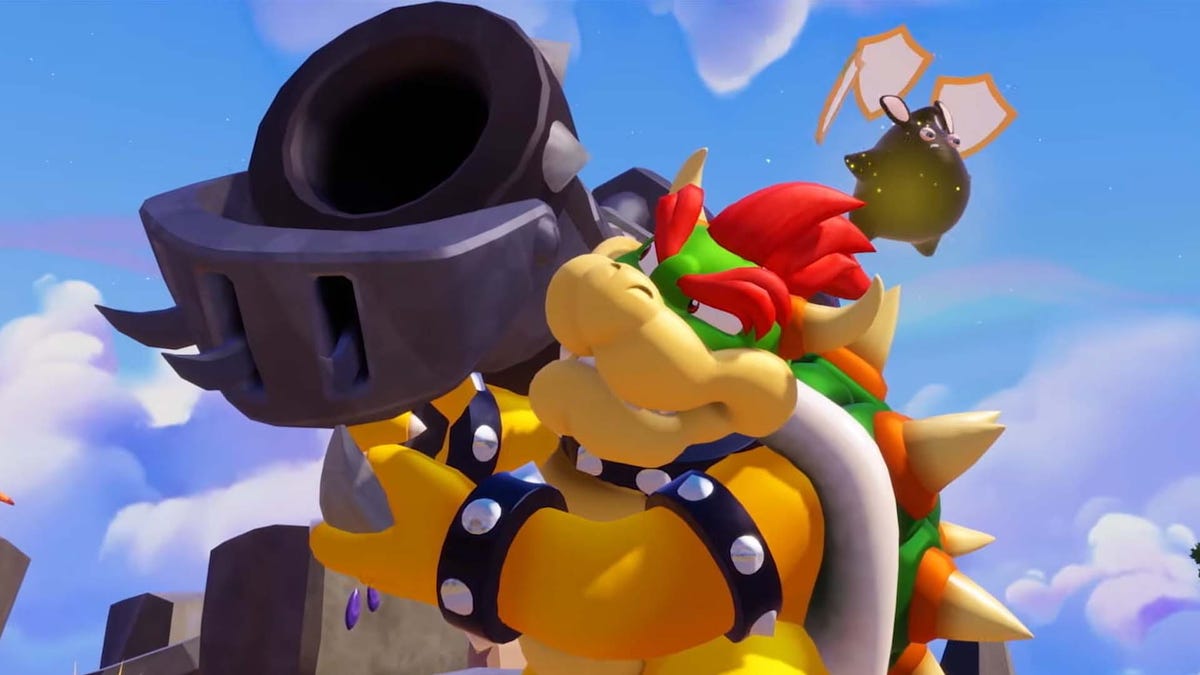 Today, during the latest third-party-focused Mini Direct, Nintendo finally announced a release date for Mario + Rabbids: Sparks of Hope, its cartoonish take on a tactics game made in conjunction with Ubisoft. It’s set to come out on October 20, 2022, exclusively on Nintendo Switch.

Mario + Rabbids: Sparks of Hope, developed by Ubisoft’s Milan-based outfit, first appeared in an official capacity at the French mega-publisher’s E3 2021 showcase. But, if we’re talking technicalities, the tactics game leaked beforehand, when it showed up on Nintendo’s website hours before the showcase. Whoops! Ironically, Ubisoft also leaked the game’s release date ahead of this official event.

As part of the Mini Direct, Nintendo released a new gameplay video demonstrating how combat works in the tactical and colorful sequel.

This time around you can freely move about before using your weapon, letting you dash into enemies and directly lead characters to cover or prime spots on the map. It also looks like you no longer have to have Mario on your team, which should allow for even more team combos and variety.

Nintendo also says Ubisoft will share more about Sparks of Hope tomorrow during a “special showcase” airing on Twitch and YouTube.

Like its 2017 predecessor, the quietly excellent Mario + Rabbids: Kingdom Battle, Sparks of Hope is a turn-based tactics game starring a cast of characters from the Mushroom Kingdom alongside Ubisoft’s don’t-call-them-rabbits mascots. Though these games have many trappings of similar tactics games (coughs in XCOM), they’re very much their own deal. Rather than the linear movement that typically defines such games (coughs in Fire Emblem), Kingdom Battle featured traversal options that have long been staples in Mario games. Think: traveling via warp pipe, or the ancient art of jumping on the heads of your enemies. Sparks of Hope plays with this format even more by doing away with a grid-based system altogether.

The first game starred Mario, Luigi, Princess Peach, and Yoshi, plus rabbid versions of those characters. (Ubisoft and Nintendo expanded on the game with the well-received Donkey Kong Adventure expansion.) Mario + Rabbids: Sparks of Hope, meanwhile, will feature a roster of nine, which includes Rabbid Rosalina. Also just announced today, Bowser will be a playable member of the squad. It’s nice to see him and Mario getting along.

The first game remains one of my all-time favorite Switch games and I’m very excited to play this new one when Mario + Rabbids: Sparks of Hope explodes into our world on October 20, 2022.