Sonic the Hedgehog Is Getting an Official New Game Inside Roblox 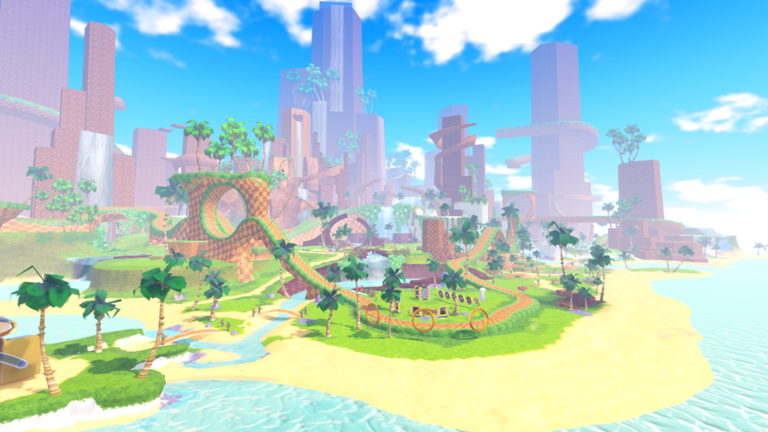 Roblox is getting an official Sonic the Hedgehog game backed by Sega called Sonic Speed Simulator. It’s available for purchase for now but will go free-to-play this weekend on April 16 at 10 AM EST.

According to Eurogamer, the publisher and developer for Sonic Speed Simulator is Gamefam, a studio completely dedicated to creating content for the Roblox platform.

Sonic Speed Simulator will receive weekly updates and players can run through multiple unique worlds, including the iconic Emerald Hills. By racing against friends, players can earn rewards such as pets and Sonic character skins. If Sonic Speed Simulator reaches 10,000 “likes” from players in Roblox, then the players in the Roblox community can receive an exclusive Sonic the Hedgehog skin.

“The game is now available on the Roblox platform and marks the first time that a world-renowned, AAA gaming character has been officially featured on Roblox,” says Gamefam in a separate statement. Roblox is available on iOS, Android, PC, Xbox One, and Xbox Series X|S.

Sonic Speed Simulator will be officially releasing for FREE on Saturday, April 16th, 2022 at 10am EST!#SonicRoblox pic.twitter.com/ZThn9dP0sV

Roblox is a massively popular platform that allows players to create and share custom games directly with each other. It is often hailed as an early metaverse. However, Roblox hasn’t been without controversey. It has come under scrutinty for hosting recreations of mass shootings and has been sued for unauthorized song use.

An official Sonic the Hedgehog game from Sega, Sonic Frontiers, is scheduled to release sometime this year. It will feature the franchise’s first open-world format.

Sonic the Hedgehog 2’s Biggest Easter Egg and Other References