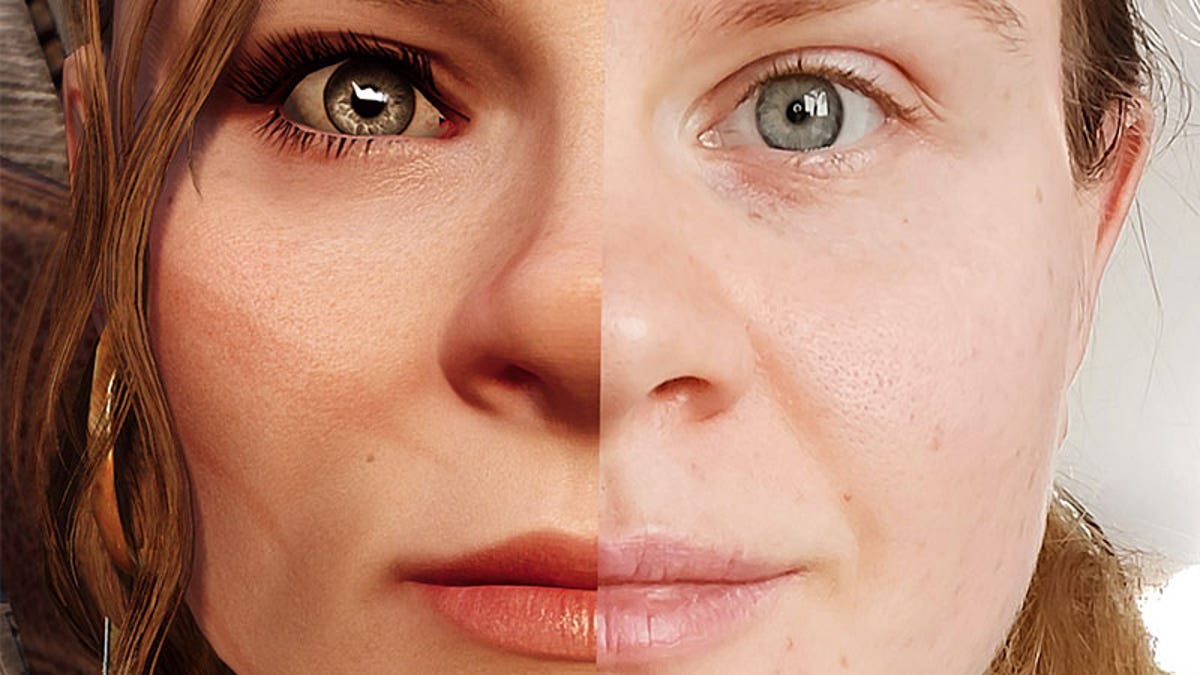 The very first time I played Skyrim back in 2011 I rushed through the character creation and made a guy that ended up looking like Matt Pike, which ruled. The second time, though, I spent an age trying to put myself in the game and couldn’t get anywhere near it.

I took photos of myself, I asked my wife for help, and while I could easily blame my weird face—it’s 70% forehead—for this, I am instead going to blame the limited tools available to me at the time.

Given my hardships, then, it’s incredible to see how far character creation has come in the decade since the game’s release, because the pictures you’re seeing in this blog are an example of what players can do now (with a little bit of help, of course).

This is AureliaRiddle, a Skyrim player who has achieved an almost complete likeness in the game, as you can see from the picture above. The example you’re seeing here took her about two hours of work, using mods that not only provide more sliders for you to adjust, but also heads with a higher polygon count and improvements for stuff like skin texture and eyes that make them look more realistic.

In addition to crafting her own character, AureliaRiddle has also done the same work for her dad’s character, with the results ending up just as impressive:

Given my own failure in recreating myself in the game, and the struggles people have doing this in general, whether it’s Skyrim or NBA 2K or FIFA, AureliaRiddle was kind enough to provide some tips on how she does it that should apply to pretty much any game that lets you build your own face.

“Take two photos of yourself”, she says, “one of your face from the front and one from the side. You can also work with a mirror but I found taking a picture easier. Try to look as neutral as possible, like taking a picture for a passport.”

Next comes possibly the most important tip: you’re only really going to be using half your face. “For the front picture you want to mirror it and figure out which side of your face you like better being mirrored. Since games can only have completely symmetrical faces this is really important.”

After that, print out the mirrored picture and fold it in half, right down the middle of your face. That lets you hold half of your face up to the screen while you work on the other side in-game. And how do you know when you’re done?

“If you are making yourself and you get a pretty uncanny feeling looking at the screen you are getting close.”