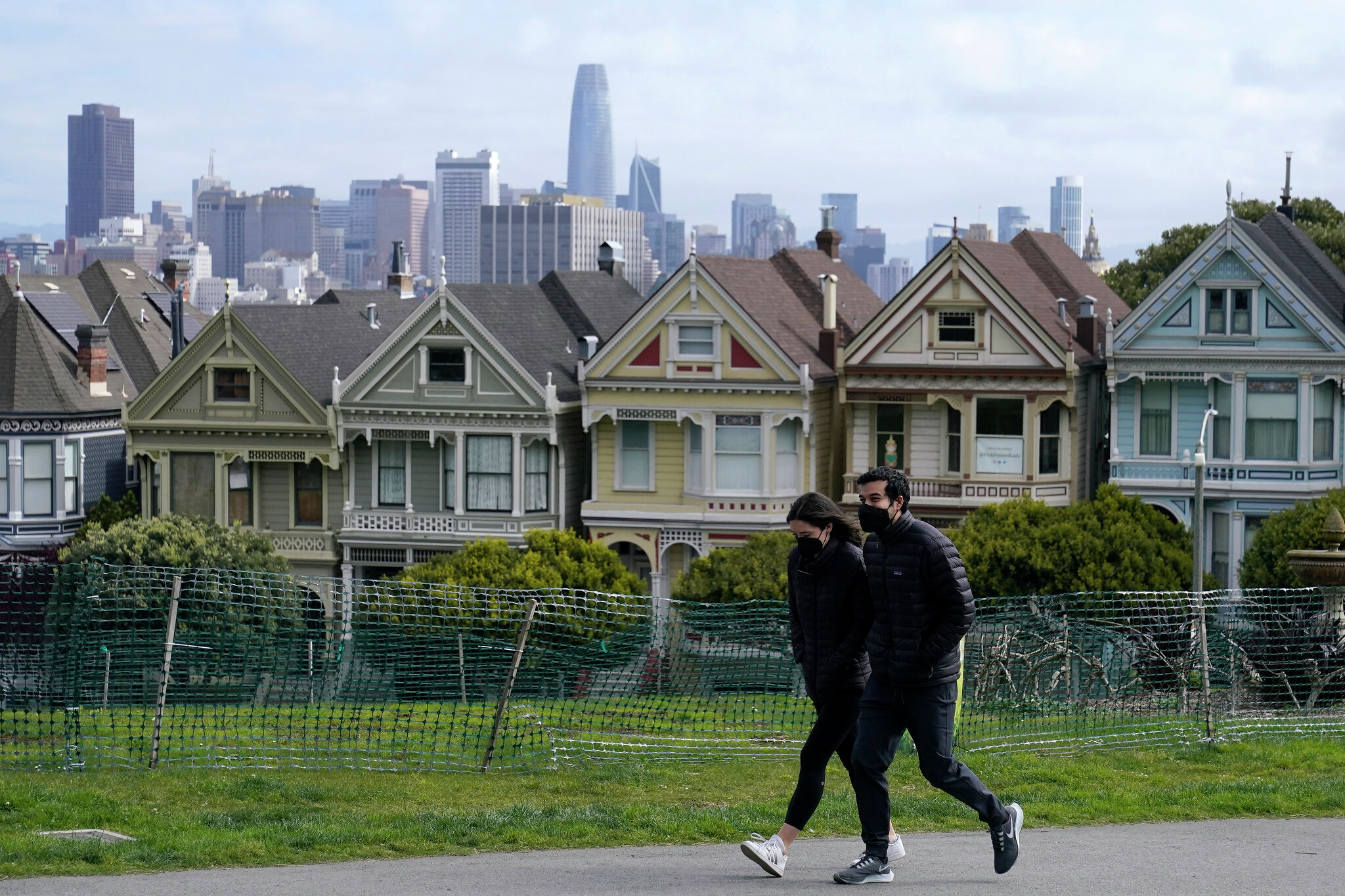 Amid a surge in COVID-19 cases, county health officers across the San Francisco Bay Area issued a statement Friday, recommending that people take safety precautions including wearing masks in indoor public places, testing and keeping up with vaccinations.

Health officers issued the recommendation as opposed to a mandate (as they have done in past surges) because while cases are skyrocketing, hospitalizations remain relatively low. The region is well protected from serious illness and death due to immunity from vaccinations and past infection, more so than it was before the emergence of the omicron variant.

“I think we’re recognizing that there’s something in between a mandate and a world where nobody is covering their faces,” Marin County Health Officer Dr. Matt Willis told SFGATE of the guidance. “Our hope is we can achieve a middle ground where people can recognize the value of face coverings. The Bay Area is clearly seeing a surge in COVID activity, and people need to recognize that and take that into account when they’re out and about, and a mask is a helpful way to prevent infection.”

“People who are at high risk of severe illness, or who are in close contact with someone at high risk should be especially vigilant as we get through this current swell in cases,” San Francisco Health Officer Dr. Susan Philip said in a news release.

The recommendation was endorsed by all counties in the San Francisco Bay Area except Solano.

Willis noted that case numbers are even higher than what’s being reported since so many people are using home tests.

“I estimate that at least half of the cases aren’t being detected right now” he said. “It’s everywhere.”

As of May 9, there were 61 COVID-19 patients in acute and intensive care in San Francisco compared to 286 people at the January peak. “In San Francisco, hospitalizations are increasing but remain relatively low compared to previous surges and well within the capacity of the hospital system,” the city’s public health department said in a statement. The emergence of the omicron variant has led hospitals to recognize the issue of “incidental positives,” where hospitalization numbers are overcounted due to patients in the hospital for other reasons testing positive for COVID-19 and being counted as COVID-19 patients.

Omicron subvariants — especially the new BA.2.12.1 — are driving the swell in cases. While the U.S. Centers for Disease Control and Prevention has said preliminary data suggest that BA.2.12.1 does not cause more serious disease, it is more transmissible than its predecessors.