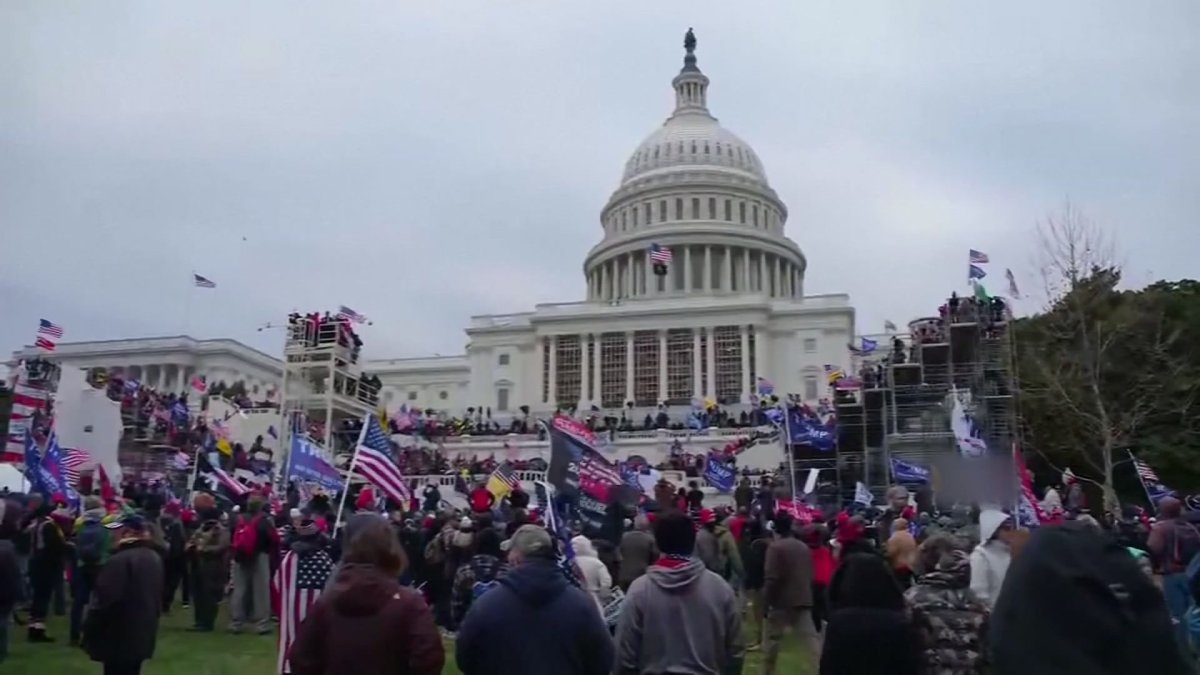 A Glendora man was sentenced Friday to four months in prison on a felony charged in connection with the Jan. 6, 2021 riot at the U.S. Capitol.

Hunter Ehmke, 21, was charged with destruction of government property for crimes related to the breach during a joint session of Congress to count electoral votes in the 2020 presidential election.

Ehmke jumped onto a window ledge outside an office and kicked in multiple panes, according to his plea agreement.  He smashed two more window panes using his fist, the Justice Department said.

Damage to the broken windowpanes outside the Rotunda door on the east side of the Capitol building totaled $2,821, according to the Department of Justice.

Ehmke was arrested in Glendora on Jan. 13, 2021. The arrest was the first in Southern California related to the Capitol Hill rampage.

He pleaded guilty Jan. 4 in the U.S. District Court for the District of Columbia. Following his prison term, he will be placed on three years of supervised release. He also must pay $2,821 in restitution, according to the DOJ.

In the 16 months since Jan. 6, 2021, more than 800 individuals have been arrested in nearly all 50 states for crimes related to the breach of the U.S. Capitol, including more than 250 individuals charged with assaulting or impeding law enforcement. The investigation remains ongoing.