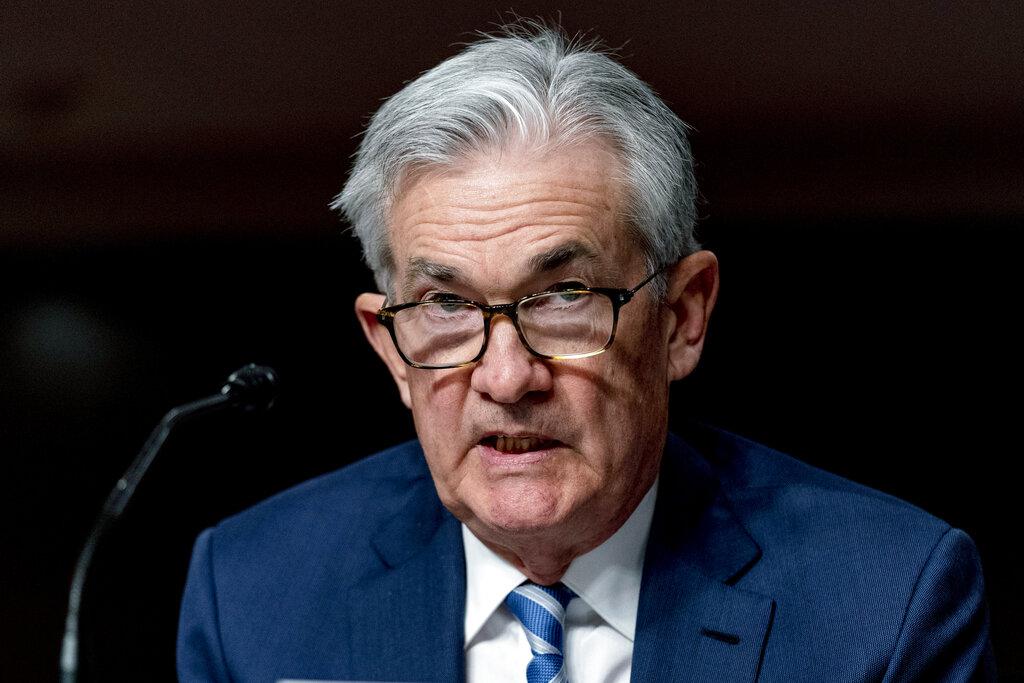 The 80-19 vote reflected broad support in Congress for the Fed’s drive to combat surging prices through a series of sharp interest rate hikes that could extend well into next year. The Fed’s goal is to slow borrowing and spending enough to ease the inflation pressures.

Since February, when his first term expired, Powell had been leading the central bank in a temporary capacity.

He faces a difficult and risky task in trying to quell inflation without weakening the economy so much as to cause a recession. The job market remains robust and has strengthened to a point that Powell has said is “unsustainably hot” and contributing to an overheating economy.

Spiking prices across the economy have caused pain for millions of Americans whose wages aren’t keeping up with the cost of such necessities as food, gas and rent. And the prospect of steadily higher interest rates has unsettled the financial markets, with stock prices having tumbled for weeks.

Powell’s support Thursday in the Senate was roughly in line with what he received four years ago, after he was first nominated as Chair by President Donald Trump. At that time, the Senate voted 84-13 to confirm him.

To some degree, Powell’s support in Congress reflects the blame that most Republicans assign to President Joe Biden’s $1.9 trillion COVID relief package — rather than to the Fed’s ultra-low rates — for causing high inflation. Many economists, including those who have served in previous Democratic administrations, agree that Biden’s legislation played a role in accelerating prices.

Powell’s confirmation comes as many economists have sharply criticized the Fed for waiting too long to respond to worsening inflation, making its task harder and riskier.

Prices first spiked a year ago, after Americans ramped up their spending once vaccines were administered and COVID restrictions began to decline. The surge in demand caught many businesses unprepared and short on supplies, causing prices for goods like cars, furniture and appliances to soar — if consumers could even find them. High inflation has since spread to most of the rest of the economy, including rents and such other services as hotel rooms, restaurant meals and medical care.

For months, Powell repeated his view that inflation was merely “transitory” and would soon ease as as supply bottlenecks were resolved. The Fed continued buying Treasury and mortgage bonds until March, when prices had soared 8.5% compared with a year earlier. The bond purchases were intended to keep long-term loan rates down. It was only two months ago that the central bank raised its benchmark rate from near zero to a range of 0.25% to 0.5%.

“They could have started to wind down (bond purchases) earlier, started to tighten monetary policy sooner, especially once this strong data started to come in,” said Kristin Forbes, an economist at MIT’s Sloan School of Management and a former member of the Bank of England’s monetary policy committee.

Powell and other officials have since acknowledged that the Fed could have started dialing back its stimulus earlier. They suggest, though, that most economists outside the Fed also initially thought high inflation would prove short-lived.

“Hindsight says we should have moved earlier,” Powell acknowledged during a Senate hearing in early March.

The Fed’s view that inflation mostly reflected supply shocks that would soon fade “turned out to be wrong,” Powell conceded, “not maybe conceptually wrong, but it’s just taking so much longer for the supply side to heal than we thought.”

Christopher Waller, a member of the Fed’s board, said last week that the central bank was partly thrown off by reports last August and September suggesting that the job market was weakening. Slower hiring would have made it harder for workers to secure sizable pay raises and so would have helped keep inflation in check.

But those hiring reports, and the three that followed, were later revised higher by a total of about 1.5 million jobs, Waller said, underscoring the extraordinarily high demand for labor that has also sharply raised wages.

“If we knew then what we know now, I believe (Fed policymakers) would have accelerated tapering (of bond purchases) and raised rates sooner,” Waller said Friday. “But no one knew, and that’s the nature of making monetary policy in real time.”

The Senate has already confirmed three of Biden’s other picks for the Fed’s Board of Governors: Lael Brainard, who is now vice chair, and Lisa Cook and Philip Jefferson. All three will vote on the central bank’s interest rate decisions and financial regulatory policies.

Cook and Jefferson are both Black, meaning that the Fed’s board now has two Black members for the first time in its 108-year history. Cook, an economics and international relations professor at Michigan State, will be the first Black woman to serve on the board.

Biden has also nominated Michael Barr, a former Treasury Department official who helped draft the 2010 Dodd-Frank financial regulation law, to be the Fed’s top banking regulator and fill the last open spot on the seven-member board. Sen. Sherrod Brown, the Ohio Democrat who is chairman of the Senate Banking Committee, said Thursday that his committee would hold a hearing on Barr’s nomination next week.

In the past, politicians have often objected to higher interest rates out of fear that they would cause job losses. The chronically high inflation of the 1970s has been attributed, in part, to political pressure that led the Fed to forgo steep rate hikes under Presidents Lyndon Johnson and Richard Nixon.

Powell himself endured harsh criticism by Trump when the Fed raised rates in 2017 and 2018 after the unemployment rate had reached a half-century low of 3.5%. Powell reversed some of those hikes in 2019, after the economy had slowed in the aftermath of Trump’s tariffs on Chinese imports.

This week, Biden said that while he would respect the Fed’s independence, he supported its efforts to raise borrowing rates, which have already caused the costs of mortgages, auto loans and business borrowing to surge.