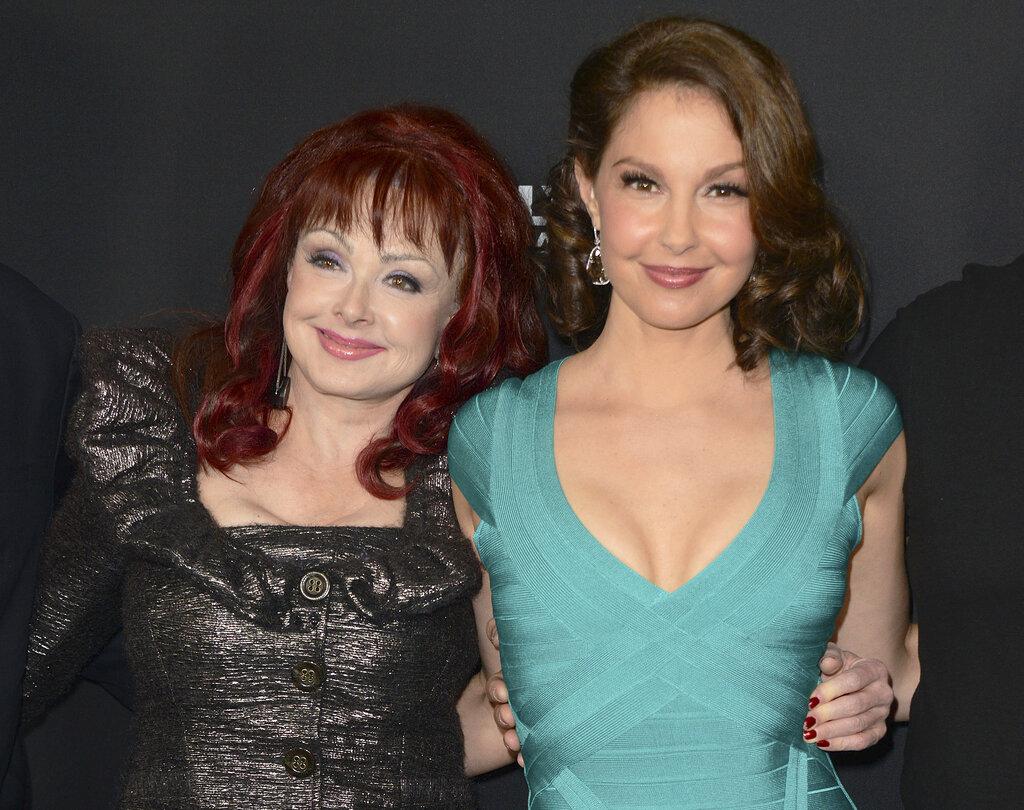 Naomi Judd, left, and Ashley Judd arrive at the LA premiere of “Olympus Has Fallen” in Los Angeles on March 18, 2013.

NASHVILLE, Tennessee — Ashley Judd encouraged people to seek help for their mental health and talked about her grieving process after the loss of her mother, country star Naomi Judd.

In an interview aired on “Good Morning America” on Thursday, the movie star said she wanted to address her mother’s struggle with depression. Judd said she was with her mother at her home in Tennessee on the day Naomi died on April 30.

Judd also encouraged anyone who was having thoughts of harming themselves to reach out to The National Suicide Prevention Lifeline at 1-800-273-8255.

Naomi Judd died at the age of 76, a day before she was inducted into the Country Music Hall of Fame with her duo partner and daughter Wynonna Judd. In a statement provided to The Associated Press, the family said they had lost her to “the disease of mental illness.”

“When we’re talking about mental illness, it’s very important, and to be clear and to make the distinction between our loved one and the disease,” Judd said in the interview. “It lies. It’s savage. And, you know, my mother, our mother, couldn’t hang on until she was inducted into the Hall of Fame by her peers. I mean, that is the level of catastrophe of what was going on inside of her because the barrier between — the regard in which they held her couldn’t penetrate into her heart. And the lie that the disease told her was so convincing.”

Ashley Judd said that her mother shot herself with a gun, but asked for privacy on other details of the death. Naomi Judd wrote openly about her depression and anxiety in her memoir “River of Time” and daughter Ashley said it was because of this that she cherished every moment she spent with her mother.

“I really accepted the love my mother was capable of giving me because I knew she was fragile,” Judd said. “So when I walked around the back of their house and came in the kitchen door and she said, ‘There’s my darling, there’s my baby.’ And she lit up. I savored those moments.”

Naomi and Wynonna Judd scored 14 No. 1 songs in a career that spanned nearly three decades. The red-headed duo combined the traditional Appalachian sounds of bluegrass with polished pop stylings, scoring hit after hit in the 1980s. Wynonna led the duo with her powerful vocals, while Naomi provided harmonies and stylish looks on stage.

TheJuddsreleased six studio albums and an EP between 1984 and 1991 and won nine Country Music Association Awards and seven from the Academy of Country Music. They earned a total of five Grammy Awards together on hits like “Why Not Me” and “Give A Little Love,” and Naomi earned a sixth Grammy for writing “Love Can Build a Bridge.”