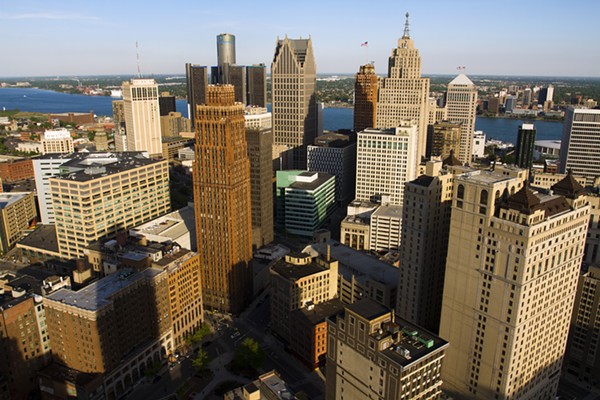 State Sen. Sylvia Santana introduced legislation on Tuesday that would end nearly a decade of state oversight of Detroit.

The bills call for repealing conditions of the “Grand Bargain,” a controversial plan that used funds from foundations, corporations, unions, and the state to protect the Detroit Institute of Arts and help the city dig out of bankruptcy. In exchange, the city placed restrictions on the city and created a nine-member commission of mostly unelected gubernatorial appointees to provide oversight of the city.

“At the time, Detroit’s ‘Grand Bargain’ kept the city’s lights on and kept people safe during times of tragic upheaval in one of America’s great cities — but that time is over, and the state must cede control back to local elected officials,” Santana, D-Detroit, said in a statement Wednesday. “Now that the city of Detroit is solvent and thriving again, it’s time for the state to relinquish the overly burdensome restrictions from the 2014 agreement. Residents who made many financial sacrifices — especially those who forfeited retirement income — deserve to have the city back in control of the people they voted for, not officials in Lansing.”

In December 2014, the city emerged from bankruptcy after gutting the pensions of many of its retired employees.

“There is still a lot of work we must do in Detroit to right the wrongs leading up to the bankruptcy in 2014, but the Motor City is back,” Santana said. “We must give control back to the community and that is precisely what my legislation intends to do.”

It’s not yet clear how much support the bills have. Many Detroiters have called state oversight undemocratic.

“Sen. Santana has not had any conversations with the mayor about this and he’s not had a chance to review this proposed legislation,” mayoral spokesman John Roach tells Metro Times.