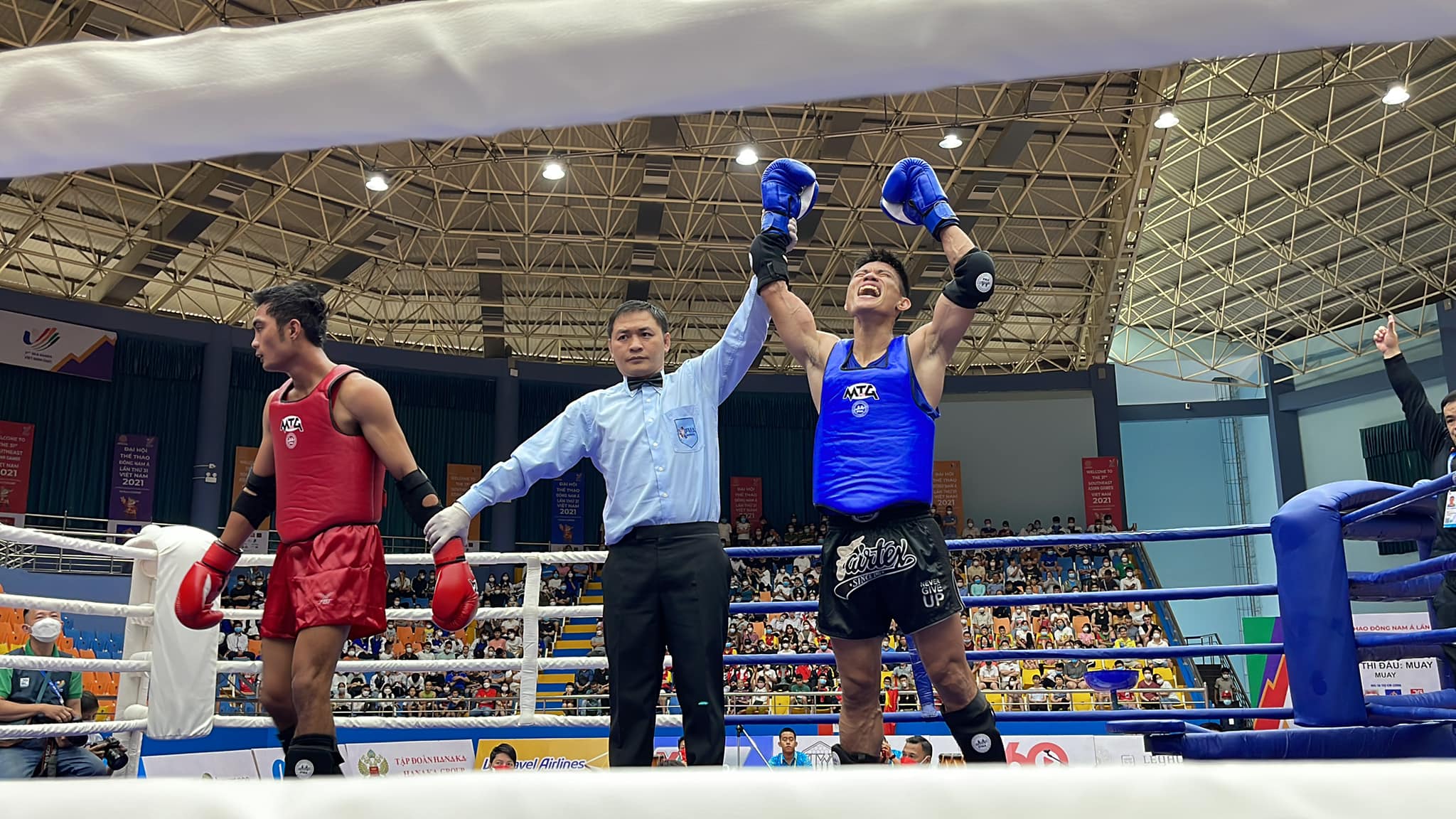 Muay’s Phillip Delarmino delivers a gold medal to cap off the country’s 31st SEA Games campaign. Photo via Muaythai Association of the Philippines

After initially finishing with the silver medal in men’s muay 57kg event, Phillip Delarmino was ultimately awarded with the gold after the decision was reversed late Sunday night.

His Vietnamese opponent Nguyen Doan Long settled for the silver.

Posted by Muaythai Association of the Philippines – MAP on Sunday, May 22, 2022

Delarmino’s victory was the Philippines 52nd gold medal in the SEA Games at the end of the competition.

This was Delarmino’s second straight gold medal in the biennial meet. He also won the same event in 2019.