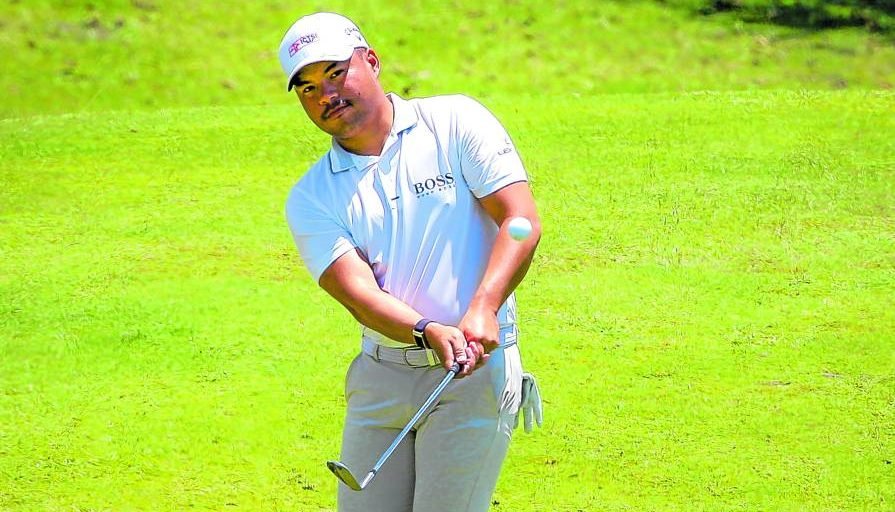 Still playing with some rust, Miguel Tabuena on Tuesday gutted out a sterling performance just the same, gunning down birdies in his last three holes to fire a six-under-par 66 for a one-shot lead over Clyde Mondilla at the start of the P2-million ICTSI Splendido Taal Championship.

The two-time Philippine Open champion, whose first pro win came at the hilly course in Laurel, Batangas, actually birdied seven of his last 12 holes, with his only bogey coming on the par-4 13th for a 34-32 effort.

“I didn’t really hit my best. I got to a very slow start and didn’t birdie the early holes,” said Tabuena, who has been out of competitive play since a visa snafu going to South Korea prevented him from seeing action there. “But I got it going on No. 8.”

While Tabuena finished hot, Mondilla didn’t as the long-hitter out of Bukidnon had his only dropped shots coming on the 15th and 18th holes. He also had seven birdies for a 67, a shot ahead of Dutchman Guido van Der Valk.

“I had a solid frontside, hit all the fairways and even missed three birdie chances inside five feet,” said Mondilla, who won his PH Open at The Country Club in 2019. “But I lost my feel and momentum in the last four holes.”

Joenard Rates, Antonio Lascuña, Dino Villanueva and Art Arbole returned 69s to be three off as a total of 16 players cracked par in the first round of the event organized by the Pilipinas Golf Tournaments, Inc..

The accompanying P750,000 ladies version also got off the ground, with Chanelle Avaricio shooting a 70 to lead Sunshine Baraquiel and amateur Mafy Singson by a shot.

Harmie Constantino fired a level 72, but Chihiro Ikeda, shooting for a second straight title, struggled to a 75. INQ