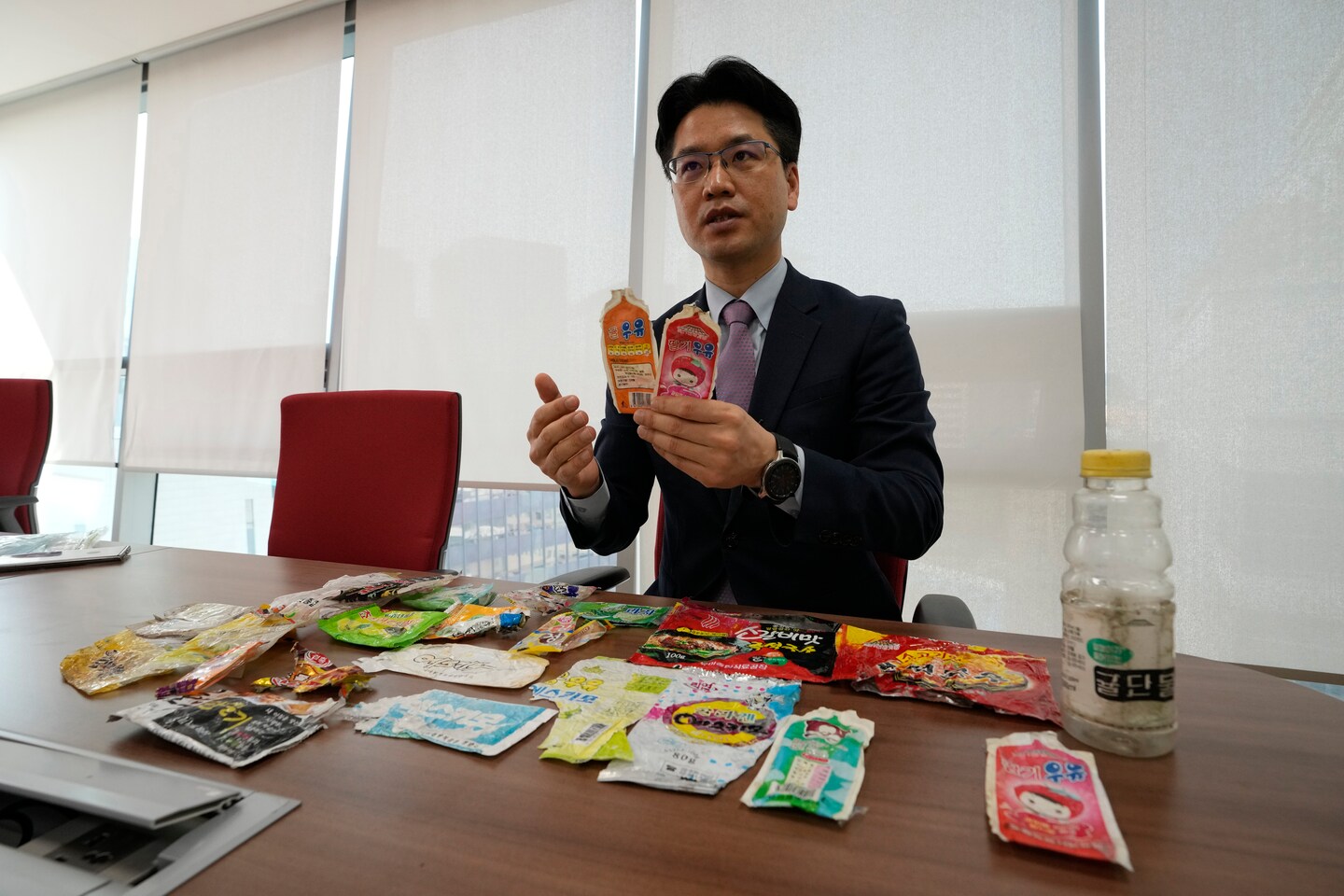 SEOUL, South Korea — When the waves wash trash onto the beaches of front-line South Korean islands, Kang Dong Wan can often be found hunting for what he calls his “treasure” — rubbish from North Korea that provides a peek into a place that’s shut down to most outsiders.

“This can be very important material because we can learn what products are manufactured in North Korea and what goods people use there,” Kang, 48, a professor at South Korea’s Dong-A University, told The Associated Press in a recent interview.

He was forced to turn to the delicate information-gathering method because COVID-19 has made it much harder for outsiders to find out what’s going on inside North Korea, one of the world’s most cloistered nations even without pandemic border closures.

The variety, amount and increasing sophistication of the trash, he believes, confirms North Korean state media reports that leader Kim Jong Un is pushing for the production of various kinds of consumer goods and a bigger industrial design sector to meet the demands of his people and improve their livelihoods.

Kim, despite his authoritarian rule, cannot ignore the tastes of consumers who now buy products at capitalist-style markets because the country’s socialist public rationing system is broken and its economic woes have worsened during the pandemic.

“Current North Korean residents are a generation of people who’ve come to realize what the market and economy are. Kim can’t win their support if he only suppresses and controls them while sticking to a nuclear development program,” Kang said. “He needs to show there are some changes in his era.”

Kang said he was amazed to see dozens of different kinds of colorful packaging materials, each for certain products like seasonings, ice cream bars, snack cakes and milk and yogurt products. Many carry a variety of graphic elements, cartoon characters and lettering fonts. Some still can seem out of date by Western standards and are apparent copycats of South Korean and Japanese designs.

Other experts study the diversity of goods and packaging designs in North Korea through state media broadcasts and publications, but Kang’s trash collection allows a more thorough analysis, said Ahn Kyung-su, head of DPRKHEALTH.ORG, a website focusing on health issues in North Korea.

Ingredient information on some juice pouches, for instance, shows North Korea uses tree leaves as a sugar substitute. Kang suspects that’s because of a lack of sugar and sugar-processing equipment.

He said the discovery of more than 30 kinds of artificial flavor enhancer packets could mean that North Korean households cannot afford more expensive natural ingredients like meat and fish to cook Korean soups and stews. Many South Koreans have stopped using them at home over health concerns.

Plastic bags for detergents have phrases like “the friend of housewives” or “accommodating women.” Because the assumption is that only women do such work, it could be a reflection of the low status of women in male-dominated North Korean society.

Some wrappers display extremely exaggerated claims. One says that a walnut-flavored snack cake is a better source of protein than meat. Another says that collagen ice cream makes children grow taller and enhances skin elasticity. And yet another claims that a snack cake made with a certain kind of microalgae prevents diabetes, heart disease and aging.

Kang has been unable to verify the quality of former contents inside his trash.

North Korean snacks and cookies have generally become much softer and tastier in recent years, though their quality still lags behind that of South Korea’s internationally competitive products, according to Jeon Young-sun, a research professor at Seoul’s Konkuk University.

Noh Hyun-jeong, a North Korean defector, said she was “ecstatic” about the South Korean bread and cakes that she ate after her arrival here in 2007. She said the confectionaries and candies she had in the North were often bitter and “as hard as a rock.”

Kang said his trash collection is an attempt to better understand the North Korean people and study how to bridge the gap between the divided Koreas in the event of future unification.

In 2019, Kang said he was denied entry at Shanghai’s airport, apparently because of his earlier, mostly unauthorized work along the China-North Korea border. During a previous period of inter-Korean detente that ended in 2008, Kang said he visited North Korea more than 10 times but could only buy limited goods that didn’t help him understand the country.

Picking up trash on the islands, about 4-20 kilometers (2.5-12 miles) from North Korean territory, is a tough job. He most often visits Yeonpyeong, an island shelled by North Korea in an attack that killed four South Koreans in 2010.

On some trips, South Korean marines quizzed Kang because residents who saw him collecting trash thought he was doing something suspicious. He was sometimes stranded when ferry services were canceled because of bad weather. Kang said he occasionally cried in frustration on the beach when he failed to find North Korean trash or received calls from acquaintances jeering or doubting his work.

“But I was heartened after collecting more and more trash … and I determined that I must find out how many goods are in a country where we can’t go and what we can find from that trash,” Kang said. “When the wind blew and the waves ran high, something always washed ashore and I was so happy because I could find something new.”