Can empathy for Ukrainians fuel global solidarity against imperialism? 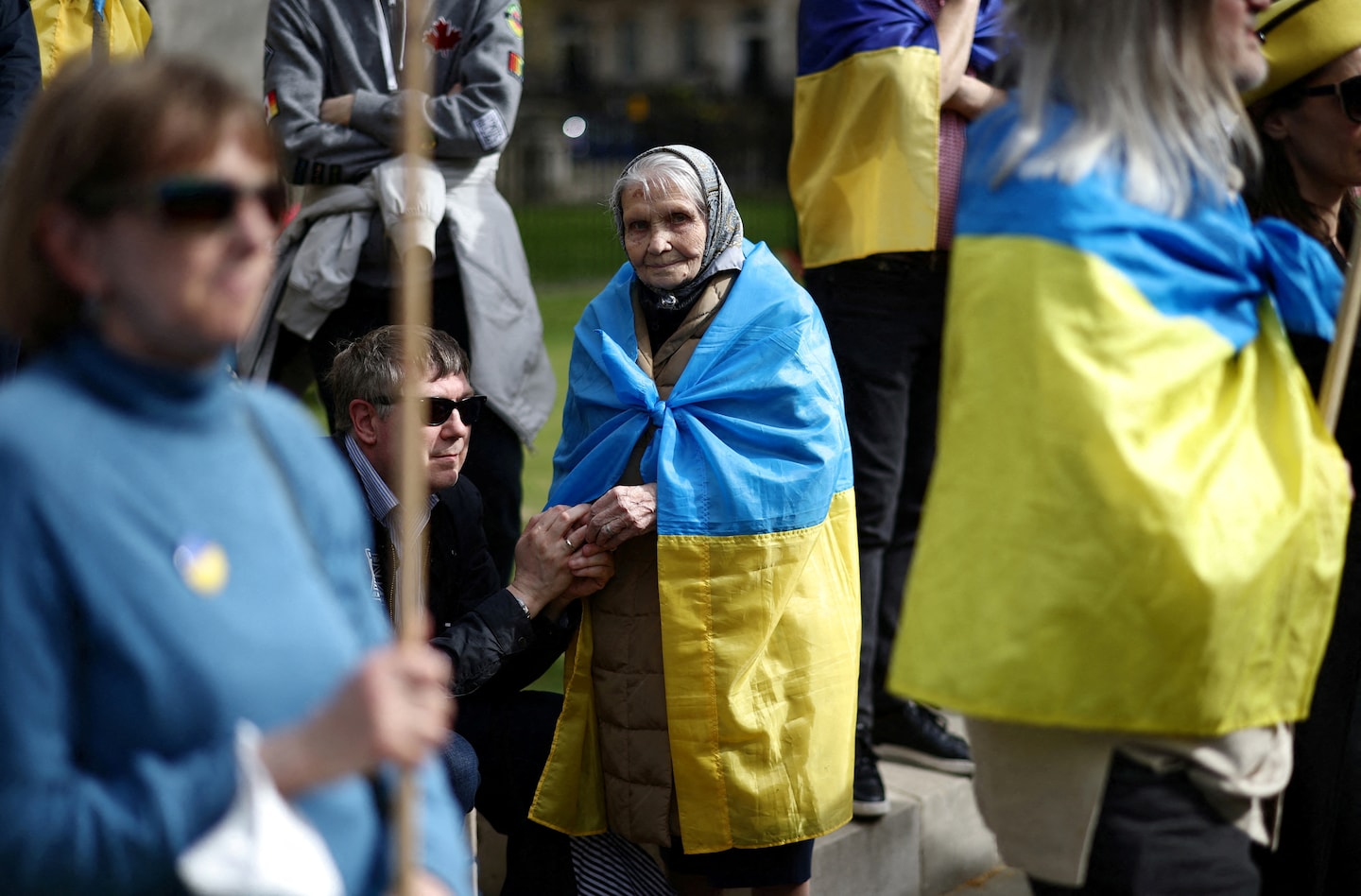 Most of the world has reacted to Russia’s attack on Ukraine with shock, anger and disgust. Images of civilians crowded in subways and outside in the cold revealed just how quickly war can upend lives and make people strangers to themselves. The latest news of Russian soldiers allegedly discussing indiscriminate killings and civilians’ reports of rape have made clear the devastation that this war has brought and will continue to bring to the people of Ukraine.

But in mainstream media coverage and the response of the U.S. government, there has been a stark difference between the treatment of Ukrainian refugees and refugees from other parts of the world. Many leftists and people of color have not let this dichotomy go unnoticed and shared videos and tweets that have called out the drastically different treatment of Palestinians, Haitians, Africans and Central Americans fighting for the same safety and self-determination as Ukrainians. However, their situations are deeply related. The struggles of Ukrainians today grow out of an imperial drive for dominance and racial purity, and are deeply connected to other oppressed peoples across the world.

The Black Power movement of the 1960s and 1970s in the United States recognized the global inequalities posed by imperialism, racism and capitalism, and Black activists connected decolonial struggles across the world with their own struggles at home, achieving crucial inroads in the process. Their analysis of power has a poignant reminder for us today: The only way to keep Ukraine truly safe is to ensure that people no longer rely on the good graces of those in power and build a new world together.

In the late 1960s and early 1970s, as the Cold War raged across Asia, the Middle East, Africa and Latin America, Black leftists in the United States asserted that their struggles domestically were indelibly linked to those abroad. The Student Nonviolent Coordinating Committee (SNCC), founded in 1960 as a channel for student activism in the civil rights movement, framed the Black liberation struggle as one part of a global anti-imperial movement among peoples of the Third World.

For example, its members articulated its opposition to the Vietnam War through a critique of U.S. police brutality. In a 1967 position paper presented at the International Seminar on Apartheid, Racial Discrimination and Colonialism in Southern Africa, SNCC critiqued the U.S. Cold War ideology of granting freedom to those oppressed by communism by chronicling the police brutality its members faced during the 1961 Freedom Riders movement. “Our experiences,” they wrote, “particularly in the South, taught us that United States government has never guaranteed the freedom of oppressed citizens.” Other Black activists adopted a pithy, profane slogan pointing out that, though the U.S. government told them the Viet Cong were the enemy, the Viet Cong hadn’t oppressed African Americans in the United States — their own government had.

They weren’t just calling out a double standard by the United States government. Activists also forged analytical connections between oppressed people’s relationship to power. In the same paper, they connected allegations of racial discrimination against Black employees at a U.S. financial institution with its continued investment in the South African apartheid regime. They knew their campaign for the Black workers domestically would be incomplete without fighting against apartheid in South Africa. They could not stop the institution from profiting from racism by focusing on only one site.

Black activists made it clear that eradicating oppression in particular places demanded eradicating it everywhere. In 1968, the Third World Women’s Alliance (TWWA) was a group of Black feminists committed to building an international solidarity movement. They paired the struggles of Black female workers in the United States with Puerto Rican farmers, showing the way White capitalists had exploited both populations and left them without resources to survive an economy they could not control. TWWA argued that “despite cultural difference, the common historical oppression [of capitalism, racism, and sexism] united [Third World women] in our struggle to eradicate these evils.” Like SNCC, TWWA knew all marginalized people shared similar oppressions that manifested in different ways at different times.

The internationalism of Black activism posed a direct threat to U.S. interests, and activists faced harsh retaliation. FBI surveillance and infiltration of activist organizations, government-sanctioned killings assassinations of leading activists, and the bombing of the MOVE headquarters in Philadelphia in 1985 suppressed the movements’ radical potential. But it never died. Indeed, we saw it clearly during the 2014 Black Lives Matters protests in Ferguson, Mo., when Black and Palestinian activists shared tactics on social media for treating tear gas injuries.

Ukrainians can and should be part of these solidarities. The biggest hindrance may be that they do not see themselves as part of a Third World struggle, and rather as an aberration of war in Europe. This has been made clear through the discrimination of Africans and Asians fleeing Ukraine. Much of the media is helping to further the narrative. Ukrainians’ White European status, however, has not protected them from the horrors of realpolitik and global competition. It cannot be trusted to help them through the invasion’s long aftermath.

In 1967, SNCC wrote that Third World peoples’ “fate had been linked — without their consent — to the Great Power Struggles.” They understood they were pawns in a much larger game between the United States and the U.S.S.R. for power and capital. Americans’ unique treatment of Ukrainians is an unintended consequence of this continued power struggle. Instead of singling them out, we can take this moment to build solidarity and power with the victims of war and occupation everywhere.