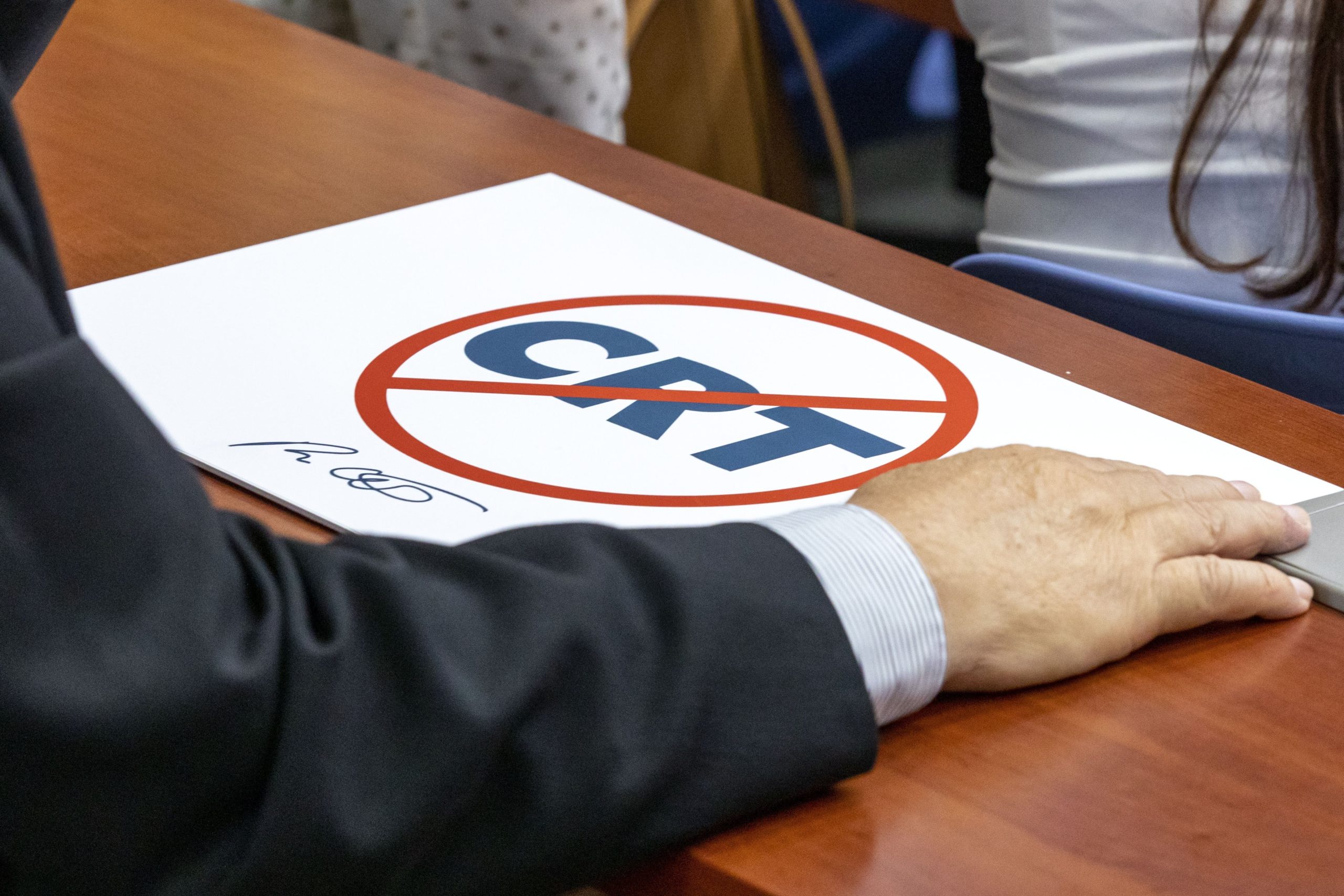 Nearly 50 Texas districts held general school board elections this past weekend. These nonpartisan elections have long been marked by low voter turnout—many school board elections mobilize around 10% of voters. But this year, the normally quiet elections took on a new tenor. Conservative candidates secured seats by decrying “woke” content they spuriously claimed students were being taught in schools. Those in wealthy suburban communities that already skew red saw more success than their counterparts elsewhere.

Many school board candidates, some backed by right-wing PACs, focused on keeping critical race theory, or CRT, out of Texas public schools. CRT is the advanced academic study of how race is ingrained in society, and it is not taught in any Texas public K-12 schools.

“CRT has become a catchall term for any kind of race teaching or discipline or training,” said Leslie Finger, assistant professor of political science at the University of North Texas. “The reason it has remained so prominent is it’s sort of been a nice bogeyman for the right. It scares people and then they mobilize.”

The weekend’s election was the latest in a long line of battles for conservative politicians assailing the Texas public education system. In December 2021, the Texas Republican Party formed a Local Government Committee to explicitly focus on local, nonpartisan elections. Governor Greg Abbott also signed a “critical race theory” bill into law that seeks to gag teachers who might teach the full history of racism in America. Lieutenant Governor Dan Patrick, meanwhile, has promised to prioritize a bill in the next legislative session akin to Florida’s “Don’t Say Gay” bill—offically called the Parental Rights in Education Bill—which prohibits gender or sexuality discussions before fourth grade.

This is by no means the first time political issues have influenced school board races. The current fights remind experts and activists of past debates over evolution and prayer in schools.

“What’s different is this is a moment of nationalization of local school politics,” Finger said. “Usually … it’s not as much that the candidates are engaging with these big national talking points. Usually, it’s a little more in the weeds, backwater stuff that only people [in education] would care about.”

Pushing many of these issues to the forefront are several newly-formed PACs, which have funneled cash into the typically low-budget school board races. In the Dallas area alone, at least 10 conservative PACs have emerged in the past year, according to the Dallas Morning News. Groups like Patriot Mobile Action PAC, Southlake Families PAC, and Spring Branch Families PAC all threw their financial weight behind right-leaning candidates across the state.

“[The prevalence of PACs] just doesn’t strike me as a one-off,” said Rebecca Deen, associate professor of political science at the University of Texas at Arlington. “So I think it’s something that we want to continue to pay attention to election after election.”

North Texas was the center of gravity for anti-CRT candidates. Patriot Mobile, a Christian cell phone company, created a $500,000 PAC to support conservative candidates in several districts in historically red but recently purple-leaning Tarrant County. In the Carroll Independent School District in Southlake, often cited as a birthplace of today’s school board backlash, Southlake Families PAC supported winners Alex Sexton and Andrew Yeager. Both candidates got more than double the votes of their opponents.

Candidates in the Grapevine-Colleyville Independent School District, also in Tarrant County, had the support of the True Texas Project, which was recently deemed an anti-government group by the Southern Poverty Law Center. The school board is considering a proposal that would deem classroom materials related to sexuality be deemed “potentially pornographic”. True Texas-backed Tammy Nakamura beat incumbent Louie Sullins by a fairly slim margin, and Kathy Florence-Spradley beat opponent David Stine.

Candidates pushing “culture war” talking points also prevailed in the suburbs of Keller and Mansfield. Elsewhere in North Texas, the anti-CRT rallying cry didn’t pack as much of a punch. In places like Arlington, Fort Worth and other parts of Tarrant County, candidates either kept mum about the issues or raised them and lost.

Like North Texas, the Houston area saw a notable number of anti-CRT candidates take home victories. Almost every race in the area had at least one candidate who touted CRT or anti-LGBTQ+ issues in their campaigns, according to the Houston Chronicle. In the Houston-area Spring Branch district, all three winners—Lisa Alpe, John Perez, and Caroline Bennett—were endorsed by the conservative 1776 Project. In Katy ISD, Victor Perez won a trustee seat over an incumbent. He had previously publicly referenced “a war on children to sexualize our children at an early age and glamorize transgenderism” during a board meeting.

“The objection that we have really is to the content of this campaign, the twisting and manipulation of what is actually happening in schools and what is not,” said Zeph Capo, president of the Texas American Federation of Teachers. “The belief that CRT is happening in schools is just untrue. The belief that pornography is in campuses is just untrue. That’s a way to excite people.”

Deen, the UT-Arlington political science professor, said the current moment is ripe for ideological fights to make their way into education policy, particularly in a midterm year. At the same time, remote schooling during the COVID-19 pandemic brought many parents into closer contact with their kids’ education. “It brought school into our homes,” Deen said.

The last two years also brought many national-level policy discussions into local arenas, with practices like masking in schools and conversations about police brutality becoming increasingly politicized. “These national and statewide forces are showing up in logical ways in school and education policy, but also in politically convenient ways — ways that politicians can then use to their advantage,” Deen said.

Like Deen, other experts agree that these conservative PACs aren’t going to back down after their victories.

“The calculus from the perspective of the people founding these PACs is that this will mobilize voters long term,” Finger, the UNT professor, said. “I think a big reason for funding these kinds of races is to cultivate new, right-wing leaders, number one, and also to mobilize voters who will potentially remain mobilized.”