In His First Album in 10 Years, Lyle Lovett Steps Inside His House – Texas Monthly 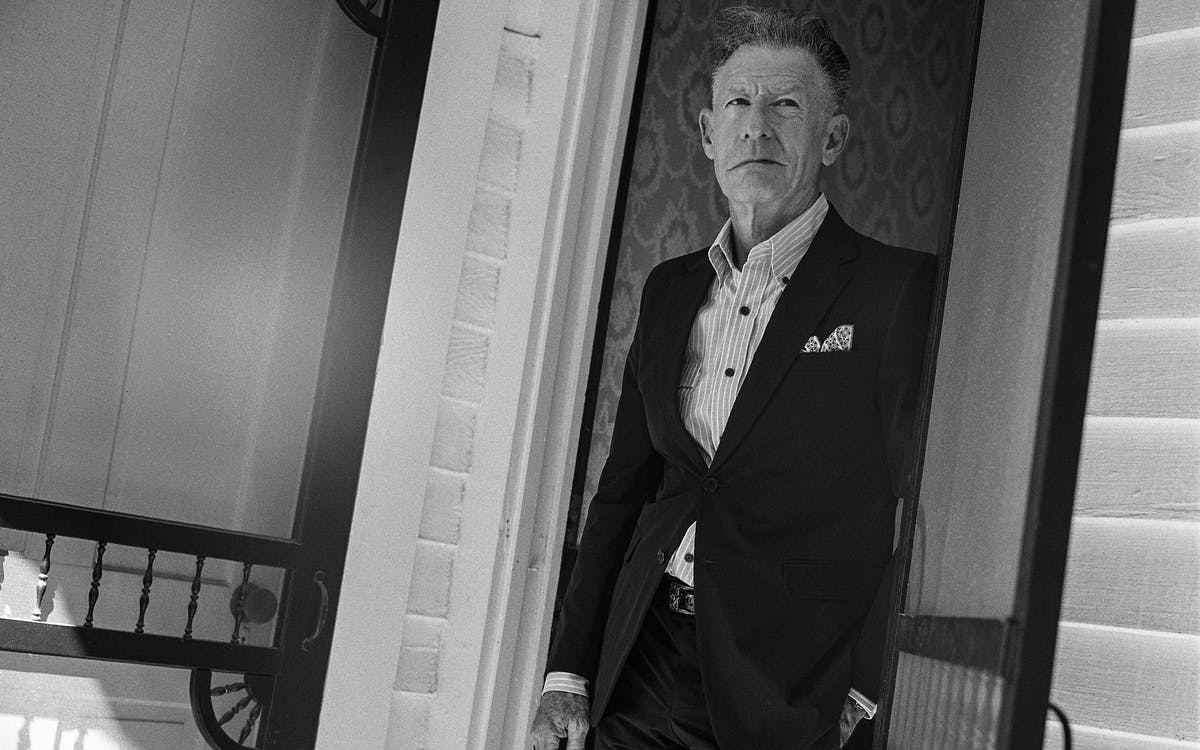 Lyle Lovett has often sung about home throughout his 36-year recording career, but his new album, 12th of June, out today, feels like an especially warmhearted invitation to share in the joys of his family life in Klein, thirty miles north of downtown Houston. The town is named after his great-great-grandfather, it’s where the 64-year-old Lovett was born and raised, and it’s where he has lived—in the house his grandparents built—for most of his life.

12th of June is his first studio album since 2012’s Release Me, his cheekily titled final album with Curb Records. Much has changed for Lovett over the ensuing years. He’s now a married man and the father of twins, and his wife and kids supply much of the inspiration for the record’s eleven tracks. “The point of this record,” Lovett told me, “really was just to write about that and to think about life in general.”

The heart of the album is in Klein, but it’s also Lovett’s first album with Verve Records, which has an illustrious history of recording legendary jazz artists such as Count Basie, Dizzy Gillespie, and Billie Holiday. “I’m proud of being on a label with that legacy,” Lovett told me. So it’s only fitting that Lovett and his Large Band—a fifteen-piece ensemble built for practically any genre of music—greet the listener with a tight rendition of jazz pianist and composer Horace Silver’s “Cookin’ at the Continental.” Three more covers of jazz standards soon follow: “Straighten Up and Fly Right,” “Gee, Baby, Ain’t I Good To You,” and “Peel Me A Grape,” all featuring the sultry vocals of longtime Large Band singer Francine Reed. “I get to work with incredible musicians,” Lovett said, “and the standards that we recorded are songs that we’ve been playing the last two tours. So I wanted to record those for the band and for the folks who have seen us do them live.”

The album’s seven other tracks are Lovett originals, and almost all capture scenes of domestic joys, from a funny, bluesy ode to cooking bacon (“Pig Meat Man”) to the overwhelmingly beautiful title track, a tender tribute to the birth of Lovett’s children and the passing of generations: “So to my father and my mother,” Lovett sings, “And all our fathers long before / There are those who’ll walk above us / Who’ll remember that we were.”

Lovett, who will soon hit the road with his Large Band for a cross-country tour that will conclude with shows in Texas in late August, chatted with Texas Monthly about the new album, new beginnings, and the constant struggle to get little kids to wear pants.

Lyle Lovett: That was thirty years ago. I mean, how crazy is that? I don’t feel thirty years older, but it’s hard to fathom for me that this has really turned into my life. And I still wasn’t sure in 1992 that it would.

TM: That was the year you released your fourth studio album, Joshua Judges Ruth, and seven more studio albums would follow, ending with 2012’s Release Me, your last album with Curb Records. Do you feel like you’ve had to learn a new rollout process for 12th of June?

LL: No, my part of it is really similar. Talking about work instead of doing it, which is what it feels like. [laughs] How music is sold and how it’s distributed, that’s all different now. I’m working with Verve Records, a Universal label, and they’re very savvy about introducing a record and getting work into the marketplace. That was my interest in being with a label like Verve, which has really good distribution and sure knows how to do that stuff. While it’s possible to do all that stuff yourself these days, I don’t know how effective I would be.

TM: Verve has an amazing legacy of recording jazz artists such as Anita O’Day, who sang “Peel Me A Grape,” a song you cover in your new album, on a 1962 Verve album. How intentional were you in seeking out a deal with Verve?

LL: I took some time [after Release Me] to figure out what I wanted to do next. And I wasn’t sure what to do in terms of who I’d want to work with or if I might want to do it all myself. But ultimately, I got to know a young [executive] at Verve, Jamie Krents. And Jamie would come to my shows and stay in touch, and I got to know Jamie and grew to like him and trust him. When he said Verve was interested in my being on the label, it made sense. And I am comfortable with Universal as a company, too. So it was kind of like coming home in a way.

TM: I think that’s the theme of your new album, coming home. It feels as if you are inviting me into your home.

LL: You know, what I’m really trying to do is invite me into your home.

TM: Door’s always open to you, Lyle. [laughs] There’s always been a sense of place and of home across your albums. What makes this album feel fresh is your home has new people in it, your wife and your twins, who are the subjects of original songs “Her Loving Man” and the album’s title track.

LL: Your home is always less of a physical place than it is a place of people. Home is where your family is. We didn’t do a press release when our children were born. I haven’t wanted to exploit them. But these songs really just came from being with them—and in some cases were just things that I just started singing to them just to calm them down.

TM: Any one in particular?

LL: I remember one time struggling to, you know, [get them to wear pants], and I thought, well, maybe they’re right. Maybe I shouldn’t be putting pants on. Maybe they know something I don’t.

TM: “12th of June,” which is about the birth of your children, and “Her Loving Man,” which is a tribute to your wife, stood out to me. It felt like you were announcing where you’re at in life, and it made me feel happy for you.

LL: “12th of June” is a song of place as well. My dad’s family came to Texas in 1850 from Georgia to what became San Jacinto County. They started a family cemetery there, which is still maintained today by the family. I hope I’m able to watch my children grow up. But, you know, if I’m not, I’m grateful for just having them and the time I’ve had with them. Appreciating what you have, what’s right in front of you, that’s so important.

TM: Do you feel that perspective is something that has come with time and experience, or is that something that the younger version of yourself captured thirty years ago by Robert Draper felt already?

LL: Getting older is having the chance to see how you turned out. There are writers who can take in and synthesize, internalize what’s happening out in the world and come up with something that fits in perfectly. I don’t think I’m that kind of writer. I just have to write about things that I see.