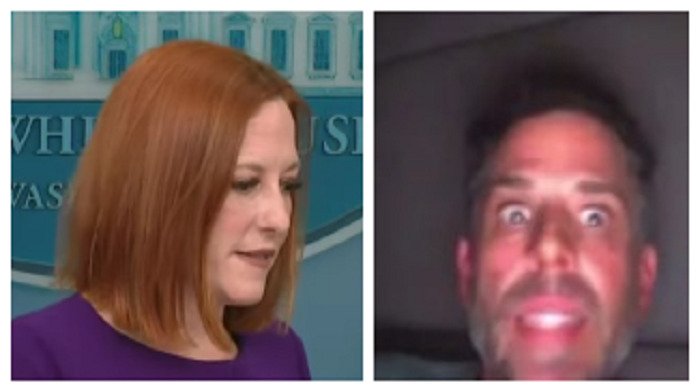 An investigation by the Washington Free Beacon revealed organizations distributing crack pipes could qualify for funding from the Biden administration.

The Beacon first reported on the “Harm Reduction Program Grant” in February, with a spokesman for the Department of Health and Human Services (HHS) telling the news outlet that “safe smoking kits” for crack and meth will be provided as a means to advance “racial equity.”

Washington Post fact-checker Glenn Kessler though swiftly attacked the report and said it “relied on assumptions.”

During a press briefing on February 9th, White House press secretary Jen Psaki was asked whether or not the “safe smoking kits” contained crack pipes.

“They were never a part of the kit; it was inaccurate reporting,” she replied. “And we wanted to put out information to make that clear.”

The combination of these stories allowed other outlets – take the Daily Beast for example – to smear the Beacon’s reporting and subsequent analysis by Fox News as a “faux scandal.”

Undeterred, the Beacon set out to find more about the smoking kits. And here’s what they found.

Yes, Safe Smoking Kits Include Free Crack Pipes. We Know Because We Got Them. https://t.co/8bHrAOpo1Q

Rather than rely on assumptions as Kessler had accused, the Washington Free Beacon paid visits and made phone calls to some of the harm-reduction organizations that may qualify for the grant program.

The headline from their investigation says it all:

Yes, Safe Smoking Kits Include Free Crack Pipes. We Know Because We Got Them.

The Beacon visited the organizations in five different cities – Boston, New York City, Washington, D.C., Baltimore, and Richmond – and in each case, their kit included a crack pipe.

“All of the organizations we visited made crack pipes as well as paraphernalia for the use of heroin, cocaine, and crystal methamphetamine readily available without requiring or offering rehabilitation services, suggesting that pipes are included in many if not most of the kits distributed across the country,” they write.

Man, that Corn Pop has probably gone from being a ‘bad dude’ to a happy dude over this news.

And each facility, they note, is the type of group “eligible to receive funding” from the Biden administration’s $30 million grant program “starting this month.”

Kessler tweeted the new Beacon article and later updated his own column.

“The Free Beacon reported that crack pipes are distributed in safe-smoking kits up and down the East Coast,” he revised.

The word ‘correction’ is nowhere to be found in the piece.

So are you going to admit that you lied? pic.twitter.com/3daVh3u7AW

They Didn’t Pay For Them – They Promise

I can already tell you what is going to happen next. The White House, Kessler, and other media outlets and fact-checkers will maintain that federal funds still were not used to distribute the crack pipes as the grants have not been distributed as of yet.

In fact, the Beacon notes that grant recipients won’t be announced until May 15th.

And while Psaki flat-out denied the kits contained crack pipes, she definitely started veering down the path of shifting the goalposts to reference the funding.

“No federal funding has gone to it,” she updated at today’s press briefing.

And yet, never one to let go of a narrative, Psaki told reporters the crack pipe story was actually a “conspiracy theory.”

“This policy does not allow for crack pipes to be included. I would just note that this is a bit of a conspiracy theory that’s been spread out there,” she said. “It’s not accurate.”

She then added yet again that the Biden administration is not using funds for crack pipes.

“There’s important drug treatment programs for people who have been suffering from what we’ve seen as an epidemic across the country, and money is not used for crack pipes,” she concluded on the matter.

A reporter, citing a @freebeacon report, asks “if any tax dollars paid for these crack pipes” in federally funded harm reduction sites.

Psaki: “No federal funding is going to that…I would just note that this is a bit of a conspiracy theory that’s been spread out there.” pic.twitter.com/0DF31h9JZU

Words will be parsed and there will be assurances that there is no direct line going from the Biden administration grants to the crack pipe distribution programs.

None of the organizations involved in the investigation would confirm nor deny whether or not they had applied for the grants, “nor has the administration said how it will ensure the kits will not contain crack pipes.”

Angela Kennecke to be inducted into South Dakota Hall of Fame