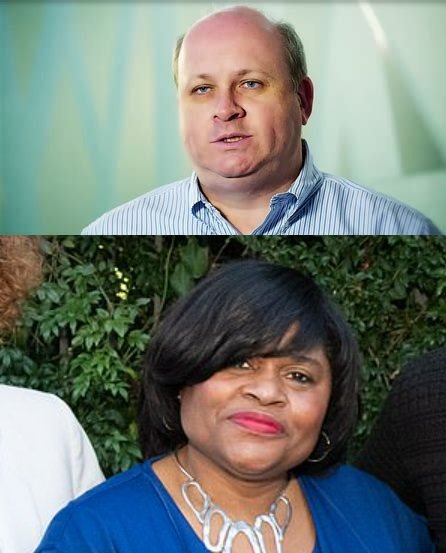 We reported previously how Marc Elias and Minyon Moore, two Clinton allies, benefitted immensely from Black Lives Matter (BLM).  They’ve made their money, now they are leaving the radical and violent group.

We recently reported how two individuals close to the Clintons are connected to Black Lives Matter, the group that made millions of dollars in 2020 using the George Floyd death to instigate riots and rake in money.  These two individuals were Marc Elias, who was Hillary’s attorney during her 2016 was the attorney assigned to BLM.  Minyon Moore is on the Board of BLM and she also worked on Hillary’s campaigns and is now helping Biden pick a black female to be his pick for the Supreme Court.

What we previously didn’t report is that we’ve also identified that Moore is the President of Hillary’s non-profit Onward Together. We recently wrote about how Marc Elias worked for BLM.  This was unknown until recently.  Elias was Hillary’s general counsel in her 2016 campaign for President.  He is currently mentioned in Durham’s indictment of another Hillary attorney Michael Sussmann.

It’s also being reported that the attorneys for BLM were paid over $12 million in 2020 alone.  The Daily Mail reports:

The most high-profile Black Lives Matter group in the nation spent almost a quarter of its donations in 2020 on consultants and lawyers, DailyMail.com can reveal.

The Black Lives Matter Global Network Foundation (BLMGNF) submitted a statement of its revenue and expenses for the year while applying for tax-exempt, nonprofit status in August 2020.

IRS documents obtained by DailyMail.com show the group blew $12.7million out of the $60million in donations it received following the outcry over George Floyd‘s death on ‘professional fees.’

The costs refer to accountants, lawyers, consultants, and contractors utilized by the organization, which includes the high-powered law firm Hillary Clinton retained for her 2016 presidential campaign – where attorneys bill $750 an hour.

The foundation also planned to spend the same amount on professional fees in 2021, the documents, exclusively obtained by DailyMail.com, show.

It’s now being reported that both Elias and Moore are leaving BLM.

A pair of Clinton family allies have left the board of Black Lives Matter just days after its co-founder Patrisse Cullors admitted to lying about not using the group’s $6million mansion for fun.

Cullors, 38, told the Associated Press Monday that she used the opulent seven-bed Studio City compound – purchased in cash by BLM in October 2020 – for a party to celebrate Joe Biden’s inauguration, and another for her son’s birthday.

And now it has been revealed that Minyon Moore and Marc Elias, two close allies of former Secretary of State Hilary Clinton, have stepped down from the board of the national organization, according to the Washington Examiner.

Both were only confirmed as being on Black Lives Matter’s board on February, sparking speculation as to the reason behind their sudden departures.

No reason has been given, but BLM was plunged into yet another scandal this week after its co-founder Patrisse Cullors admitted lying about how she’d used a $6 million mansion bought with donor cash.

Where there’s money, the Clintons, Obamas and Bidens all seem to show up.  Maybe the BLM money is now gone.