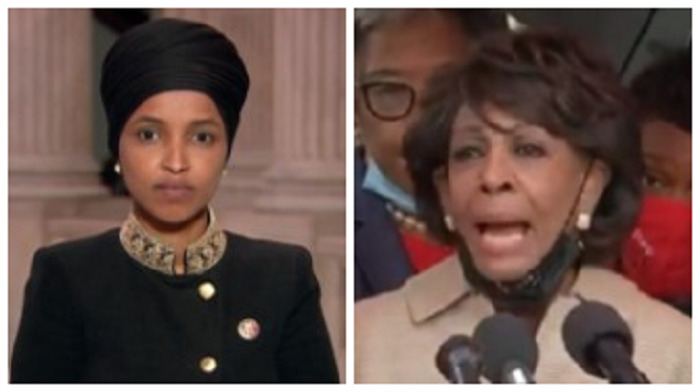 Border agents who were smeared by White House officials and prominent Democrat figures after being falsely accused of ‘whipping’ Haitian illegal immigrants have reportedly been cleared by officials.

Despite it being a media-wide controversy in September of 2021, news of the exoneration has thus far only been reported by Fox News according to conservative media watchdog NewsBusters.

Lucas Tomlinson, a reporter for Fox News Channel’s Special Report, indicated the network “has learned that officials have cleared the horse-mounted border patrol agencies of wrongdoing after they were accused of whipping migrants in September and placing them on probation.”

The controversy began with images circulating on social media that purported to show a Border Patrol agent using a “whip” to corral predominantly Haitian illegal immigrants who were crossing the border in Texas.

What’s unfathomable is the stupidity involved in thinking you’d get away with lying.

Hey @TwitterSupport – You need to pull this tweet and ban this clown.

Alternate angles of the same image made it fairly clear from the onset that border agents weren’t ‘whipping’ anyone at all.

“We do not carry whips and the only thing I see in their hands is reins,” one agent said at the time.

And while some outlets were focusing on the agent swinging the reins ‘menacingly,’ Townhall senior writer Julio Rosas spoke with another agent then who explained such actions are done to protect the horse or even to protect the person from the horse.

From a Border Patrol source: “Agents use their reins for a lot of reasons. Primarily it’s used to steer the horse, but agents will also spin them sometimes to deter people from getting too close to the horse…We are not aware of anyone being struck with the reins.” https://t.co/yxxyoAuklh pic.twitter.com/t3o3h9dJbL

DHS Secretary Alejandro Mayorkas shortly after the incident announced that the border agents had been shifted to desk duty and vowed an investigation would be “completed in days, if not weeks.”

🚨🚨: Fox reporting that the mounted Border Patrol agents falsely accused of “whipping” illegal migrants in Del Rio have been cleared!

Hopefully these men are fully restored after being slandered by Biden and Mayorkas. #BidenBorderCrisis pic.twitter.com/oN1NpshQ1I

Where are the Apologies?

The number of Democrats and White House officials who owe these border agents an apology for falsely accusing them of whipping Haitian migrants is many.

Fox News anchor Bret Baier reminded viewers of how long this process has taken and how important it was to the media back in September of 2021.

“We are just getting to the back end of this investigation where the guys are not being punished … and remember how much coverage was given to that moment?” he remarked.

Now you won’t hear a peep.

Not from MSNBC’s Joy Reid, who spoke with Representative Ilhan Omar (D-MN) saying: “I was not aware that whips – which come from the slave era, slavery era – were part of the package that we issue to any sort of law enforcement or government-sanctioned personnel.”

Not from Omar herself who replied that she found the alleged ‘whipping’ “appalling” and claimed, “there is obviously systematic racism at play here.”

‘What we’ve seen was cruel, inhumane’: Rep. Omar addresses pictures that appear to show a Border Patrol agent on horseback with a whip to deter migrants pic.twitter.com/ouyuAzRwFu

Nor will you likely hear a word out of fellow Squad member, Representative Ayanna Pressley (D-MA) who said, “Congress must do the work of investigating and ensuring accountability of the egregious and white supremacist behavior of Border Patrol agents in Del Rio Texas.”

Rep. Pressley on situation at U.S. southern border: “Haitian lives are Black lives, and if we truly believe that Black lives matter, then we must reverse course.”

Representative Maxine Waters (D-CA) probably won’t amend her comments that the treatment of Haitian illegal immigrants was “worse than what we witnessed in slavery” either.

“I’m pissed,” she said. “I’m unhappy and I’m not just unhappy with the cowboys who were running down Haitians and using their reins to whip them.”

Will any reporters ask White House press secretary Jen Psaki whether she still believes the images to be “obviously horrific”?

Jen Psaki jumped in multiple times, as well. Here she is Monday, saying, “Of course they should never be able to do it again…It’s obviously horrific.”

She then ironically says she needs to get more information. #BidenBorderCrisis pic.twitter.com/1Ns85IqzNP

Or will they press President Biden on the matter after he threatened to make the now fully exonerated border agents pay?

“To see people treated like they did, horses barely running over, people being strapped – it’s outrageous,” the President had said, making a whipping motion with his hand for good measure.

6 months ago, Biden promised to make Border Patrol agents “pay” for doing their jobs: “there will be consequences.”

Instead, nothing but crickets coming from Democrats and the media.

A DHS official who spoke to The Washington Examiner in January suggested the administration would be wise to keep the report under wraps.

“I doubt that the current administration will release this report on the horse patrol incident because it makes the administration look terrible,” the official said.

“They essentially convicted the mounted agents based upon a lie, which the investigation after 120 days would surely have revealed.”

They did, however, release the report, just many months later than expected. And sure enough, it makes the White House look terrible and reveals the media pushed a fake news story based upon a lie.