Rep. Chip Roy Warps The Constitution to Defend His Efforts To Overthrow An Election 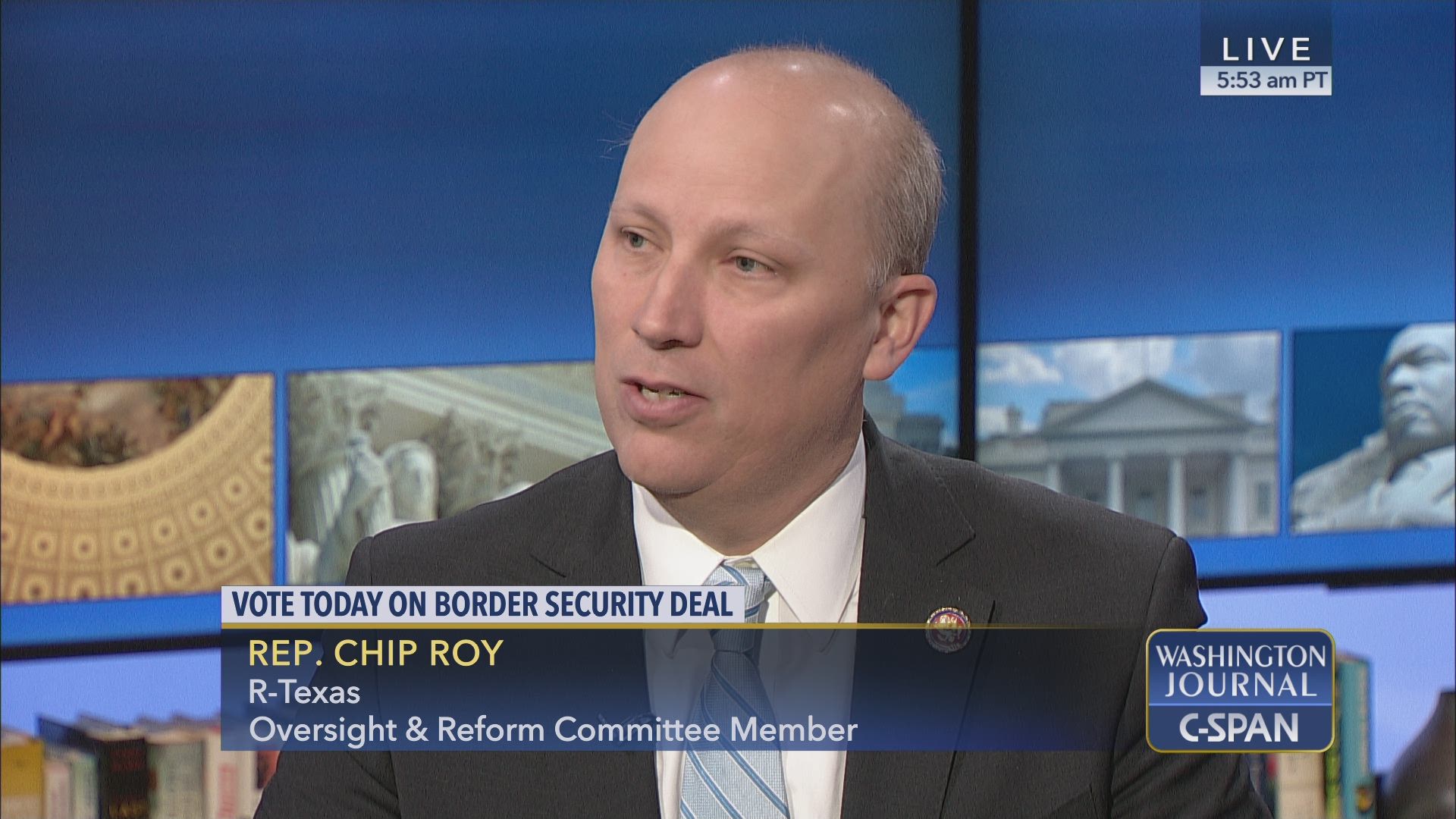 After CNN published damning text messages between Republican Representative Chip Roy and then Trump Chief of Staff Mark Meadows appearing to collude to overthrow the 2020 presidential election, the Texas lawmaker defended himself Friday afternoon by claiming he stands “behind seeking truth, fighting nonsense, & then acting in defense of the Constitution.”

CNN reported Friday morning, “The messages reveal how two GOP allies of then-President Donald Trump lobbied and encouraged the White House in its efforts to overturn the election. The text messages were obtained by the House select committee and reviewed by CNN.”

Here’s Roy’s put a flag pin on it and call it Constitutional defense:

Been off social media this Good Friday, but apparently there’s quite a stir. I’ll say this once. No apologies for my private texts or public positions – to those on the left or right. I stand behind seeking truth, fighting nonsense, & then acting in defense of the Constitution.

Do you want to guess how many of those things are true? Let’s take a look.

“Been off social media this Good Friday, but apparently there’s quite a stir.” This is false. Roy retweeted a baseball story and tweeted a religious image. If for some reason these tweets weren’t done by him, whoever did them surely saw the “stir.”

“I’ll say this once.” Doubtful, but so far so good.

“No apologies for my private texts or public positions – to those on the left or right.”

Texts to the White House Chief of Staff turned over to a Select Committee investigating a Trump terrorist attack implemented in an attempt to overthrow the government are not actually private. All federal employees are required to preserve their records and text messages are considered records. Surely Roy knows this.

This is a misrepresentation suggesting his text messages are private being used to bolster some cowboy image of himself popular among Right-wing Republicans who fancy themselves Clint Eastwood before his chair talking days. No apologies! He’s not backing down! And yet, he is… actually… explaining in an attempt to defuse:

“I stand behind seeking truth, fighting nonsense, & then acting in defense of the Constitution.”

Oh? Because Roy’s texts do not read like someone seeking truth, they read like a request to produce some fraud claims in order to legitimize the conspiracy to overthrow the election.

Here are just a few of Roy’s texts via CNN:

NOVEMBER 7, 2020
From Chip Roy to Mark Meadows
Good. Be well. If you’re still in the game… dude, we need ammo. We need fraud examples. We need it this weekend.

NOVEMBER 9, 2020
From Chip Roy to Mark Meadows
I’m heading to Atlanta – let me know what I can do. We need a message that isn’t wild-eyed

From Chip Roy to Mark Meadows
These folks don’t get that they don’t win the senate seats if they don’t fight for potus. They gotta get a manual recount before they certify and sec states being stubborn and kemp won’t pressure… and party establishment don’t get it.
Note: Kemp likely refers to Georgia Gov. Brian Kemp, a Republican.

From Chip Roy to Mark Meadows
Gotta go before certification…

From Chip Roy to Mark Meadows
I fly here from Tx to help. I’m here at 9 pm. These GA state GOP losers are Mia…

Here’s Roy plotting to pressure Trump’s lawyer to file in front of the Pennsylvania Board of Elections, almost as if he knows what states need to be overturned and delegitimized in order for Trump to win and is focused on this made up fraud in only those states:

From Chip Roy to Mark Meadows
Have you talked to John Eastman?
Note: John Eastman is a law professor who helped craft Trump’s false argument that the 2020 election was stolen.

NOVEMBER 24, 2020
From Chip Roy to Mark Meadows
This is great. Will we get this chance in PA, AZ, GA, WI? Did we file any of the evidence with the PA BOE?

And then finally there’s this moment where it seems Roy is well aware of how bad things are (is Roy finally backing away from the effort to overthrow a legal and safe election? No matter what, it appears to demonstrate that Roy knows that what is going down is wrong):

JANUARY 1, 2021
From Chip Roy to Mark Meadows
If POTUS allows this to occur… we’re driving a stake in the heart of the federal republic…

The texts also show Senator Mike Lee to be pressuring states to overturn the election. Example: “I’ve been calling state legislators for hours today and am going to spend hours doing the same tomorrow…. We need something from state legislatures to make this legitimate and to have any hope of winning.”

Chip Roy’s defense is a whirling dervish of Americana, the Constitution and Jesus, but when you stop the spin, it’s obvious he has actually said nothing of consequence other than gaslighting his followers by putting a patriotic cherry on his apparent work to overthrow a safe, secure election that his party lost.