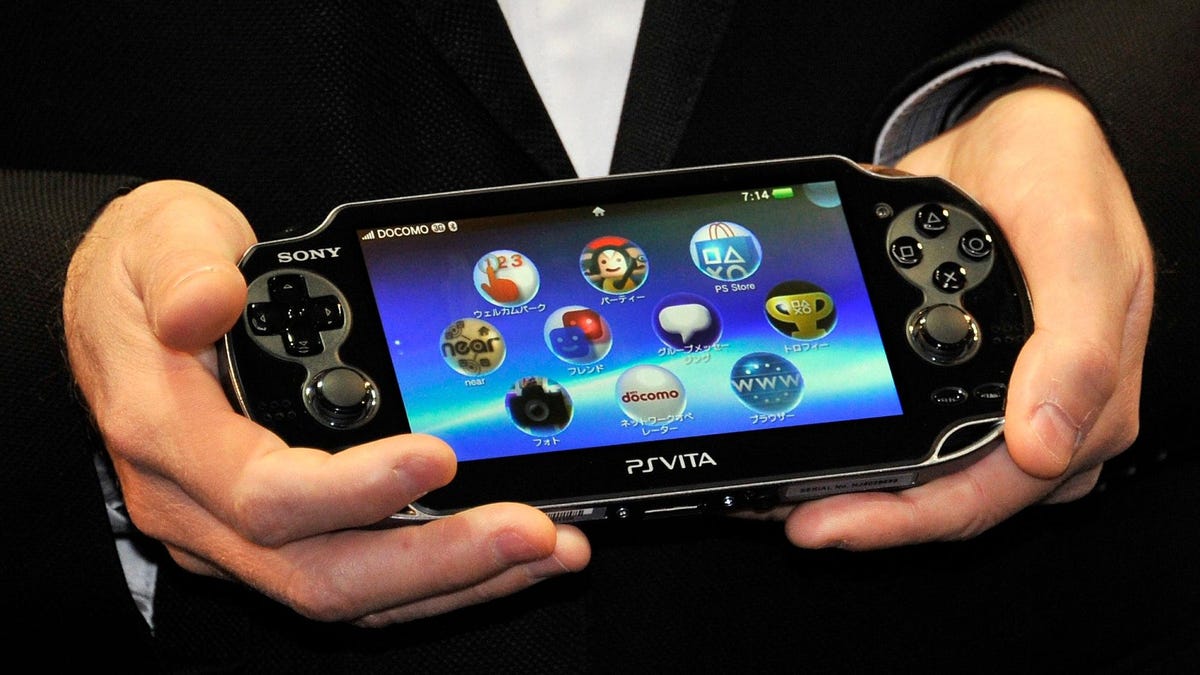 Razer teased a new 5G gaming handheld made in collaboration with Verizon and Qualcomm today. It joins the growing list of Switch-inspired devices taking advantage of Game Pass and other video game streaming libraries. Because in 2022 everyone’s betting on the successor to the PS Vita that Sony never made. What’s dead may never die.

Details on Razer’s handheld are still scant. A short video shows it will have a built-in screen and dedicated controls, and will fire 5G signals directly into the ether with the click of a button. I’m sure the RGB Chroma will be wild. It reminds me a lot of Razer’s existing Kishi controller adapter for smartphones. We’re supposed to find out more, like whether the thing will cost a dumb amount of money, at the October 15 RazerCon keynote.

The announcement comes just a week after Logitech unveiled its $350 G Cloud gaming handheld. While the price point was underwhelming considering you can buy a Switch OLED for the same amount, and a more powerful Steam Deck is only $400, the concept was sound: play mobile games natively and stream blockbusters online. The hardware looked pretty slick too.

This also perfectly describes the PS Vita, Sony’s innovative but ill-fated premium gaming handheld. In addition to being a perfect device for indie gaming, with a touchscreen for easy mobile ports, the Vita also aimed to deliver blockbuster-lite gaming with first-party exclusives like Uncharted: Golden Abyss. Borderlands 2 ran on it, somehow. You could use it to remote-play some PS3 and PS4 games. There was even a 3G model.

It was a massive flop, until five years later when Nintendo did all of those same things with one important difference: it released the Switch alongside Breath of the Wild. Fast-forward another five years and cloud gaming has evolved enough that it’s feasible to launch a handheld even without exclusive hits. Game Pass might not have Mario or Zelda, but it does have Assassin’s Creed Odyssey, Halo Infinite, Stardew Valley, and hundreds of other games. No, cloud streaming isn’t perfect, but it works well enough at this point.

I have no idea if Razer’s 5G handheld will be sold at a reasonable price, but I’m sure it won’t be the last device to try and capitalize on the new mobile gaming goldrush. If people are willing to pay $500 for an Apple Watch that’s not a smartphone, I’m sure more than a few will pay half that for a dedicated cloud gaming device.

It’s a shame the PS Vita 2 won’t be one of the options. Sony’s handhelds have been some of the most beautiful to hold and look at. The Vita may have failed, but it paved the way for the Switch, Steam Deck, and half a dozen other new gaming handhelds that just came out in the last couple of years. The Vita died so Razer’s 5G handheld could stream. We’ll find out soon enough whether it’s worthy of that lineage.