It’s Like Next-Gen Monster Hunter, Except EA Is Making It 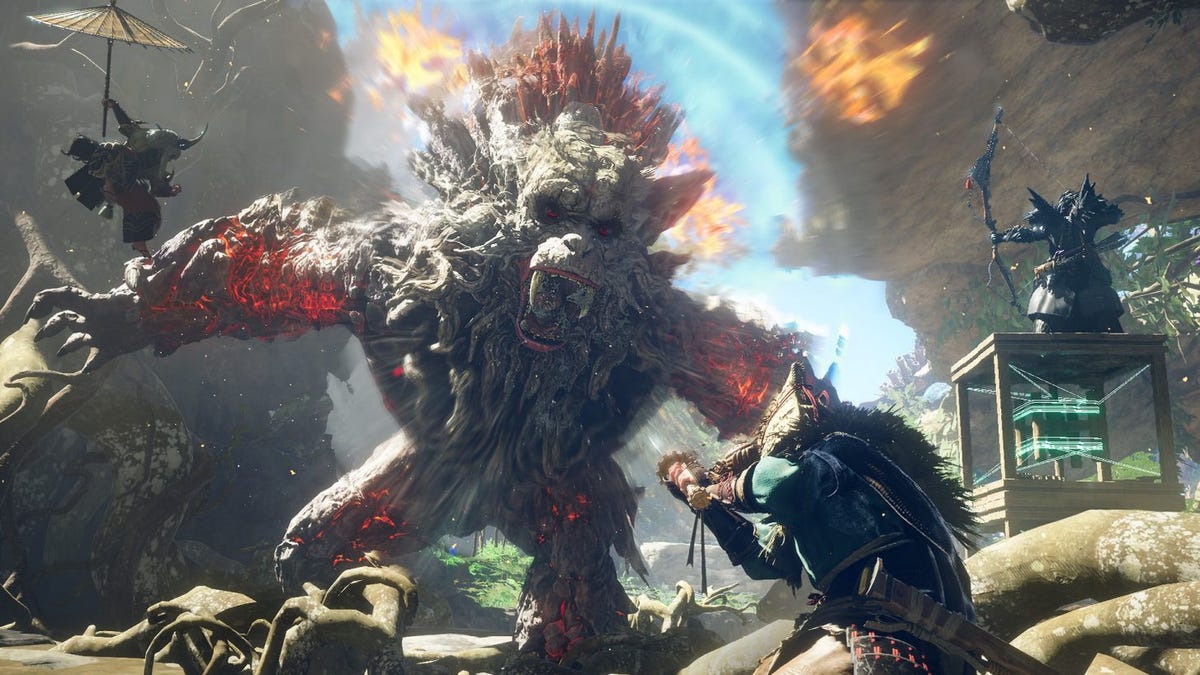 EA and Koei Tecmo are teaming up to create a Monster Hunter-style experience with Wild Hearts, they revealed today. A two-and-a-half minute debut trailer shows off lush environments, intimidating encounters, and some cool weaponry. The game also looks to be taking cues from Koei Tecmo’s monster-hunting Toukiden series, originally released on the Vita and older-generation PlayStation consoles. The new game is expected to launch in February.

The Wild Hearts reveal trailer teases an untamed world of vicious monsters, with player characters outfitting themselves with a variety of armor, swords, and weird magic-tech stuff that has a distinctive ancient-Japanese flair. It shows players sneaking up on the beasts in tall grass, flying above them with cool tech, and in general laying waste to beasts many times their own size. Monster Hunter fans will be right at home.

Check out the trailer here:

In an exclusive interview with IGN, director Kotaro Hirata acknowledged the similarity to the company’s previous monster-hunting series, Toukiden. Experience building those games has laid the groundwork for Wild Hearts, but Hirata stressed that the “hunting, the battle system, the world setting, and the visual presentation” are unique to Wild Hearts.

If you’re unfamiliar with Toukiden, you’re probably not alone. Created by Omega Force in 2013, the series premiered on the PSP and the woefully neglected PlayStation Vita in Japan before Tecmo Koei brought it stateside a year later. Its sequel moved on to an open-world format, releasing on PS3, PS4, Vita, and Windows in the mid-2010s. If you were a fan of those games, this might be right up your alley, though the directors have stated that they’re hoping to reach a wider audience this time around.

Unlike Toukiden’s sequel, Wild Hearts will make use of a “zone-based system,” instead of a fully open world. The game will also offer three-player co-op instead of four, apparently for balance and the ease of not needing to find an additional player.

Crafting is an essential part of the experience. Referred to as “Karakuri,” the directors describe its in-world characteristics as “an ancient technology that allows for the creation of extremely flexible and creative hunting grounds.” Speaking with IGN, they were clear that this is a smaller scale than what you’d see in, say, Fortnite, when it comes to crafting.

The game has been in development for the last four years, but so long as everything goes according to plan, you’ll be able to start hunting monsters in this wild world on February 17. But on what platforms? That is currently unknown, though PS5, Xbox Series X/S, and PC seem the most likely destinations.