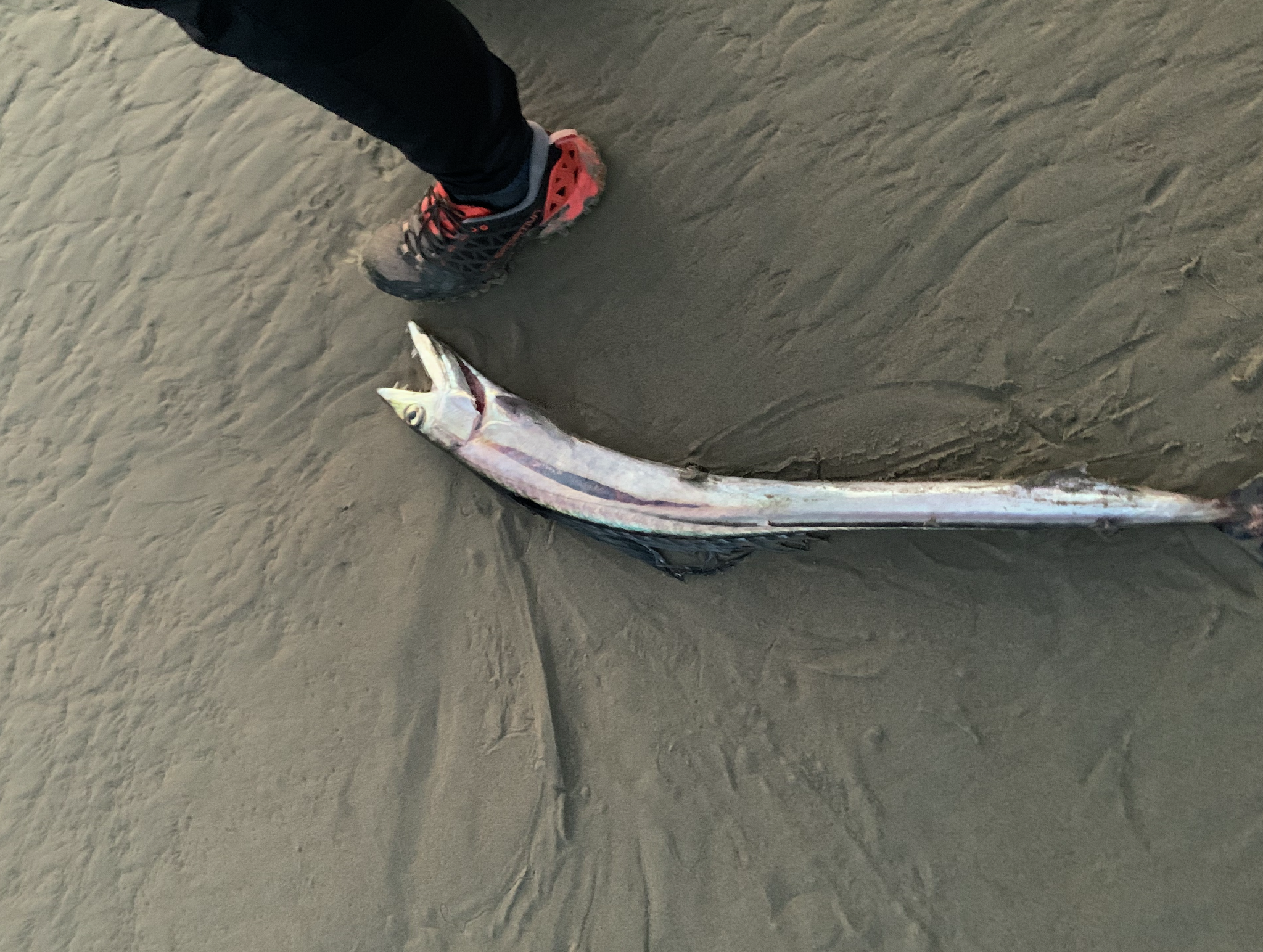 Experts say a bizarre-looking fish that a beachwalker discovered on April 5 at Drakes Bay in Point Reyes National Seashore, about 60 miles north of San Francisco, is a lancetfish.

A photo of the fish was posted on the West Marin Feed, which tracks local news, and it got a lot of people talking and wondering, was this a rare find?

“They are found all over the world’s oceans, but mostly inhabit deeper waters, so it’s unusual to find one on the beach like this,” Luiz Rocha, a fish scientist and curator at the California Academy of Sciences, wrote in an email.

Christopher Martin, curator of ichthyology at UC Berkeley, added that while the fish do wash up on beaches around the world from time to time, “we know so little about this fish that we don’t really know when or where to expect them though.”

With a gaping fanged jaw, the species are notorious cannibals and feed voraciously on their own kind as well as other fish, shrimp, squid, and octopus, the National Oceanic and Atmospheric Administration said. They get food into their bodies quickly, but their stomachs are slow to digest.

“Their enormous teeth are likely used for biting their prey, rather than suction-feeding like most piscivores,” Martin told SFGATE. “Then they have the difficult task of removing their impaled prey and getting it down their throat somehow — imagine trying to eat a shish kebab underwater.”

Ben Frable, a collection manager at Scripps Institution of Oceanography in San Diego, said researchers have been able to use the barely digested contents of the lancetfish stomachs to learn more about the deep-sea food web and the prevalence of plastics in the ocean.

And there are more reasons this species is unusual: The fish are hermaphrodites and thus have both male and female reproductive organs. This fish’s scientific name is Alepisaurus, which means “scaleless lizard.” This fish has no scales and has skin covered in pores, NOAA said.

Lancetfish can grow up to 7-feet long, but Rocha said the one recently found in Point Reyes appears to be about 3 to 4 feet long.

“This one doesn’t look like an adult, so it might have gotten lost and washed up in waters that are too shallow,” he wrote.

Christian Anthony, who runs the West Marin Feed, said the man who photographed the fish discovered it barely alive. He helped get the fish back into the water and it disappeared into the surf, Anthony wrote in an email.