Raducanu retires injured from Nottingham event ahead of Wimbledon 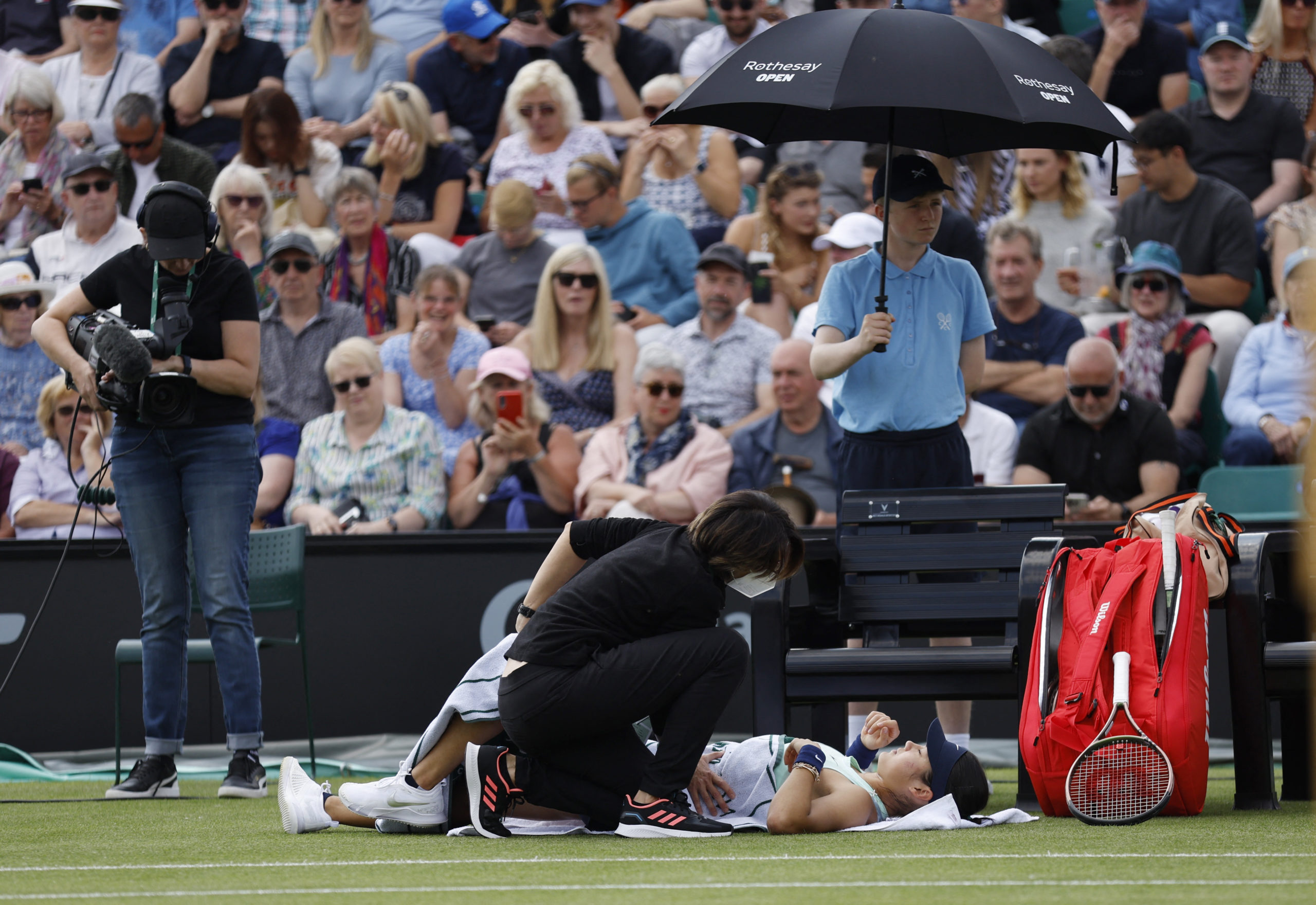 U.S. Open champion Emma Raducanu retired injured from her opening match at the WTA 250 event in Nottingham on Tuesday, casting doubt over her participation at Wimbledon.

Britain’s Raducanu retired while trailing 4-3 in the opening set against Switzerland’s Viktorija Golubic, nearly half an hour into the match after she suffered what appeared to be an abdominal or rib injury.

The 19-year-old, who has been without a full-time coach since April, shot to stardom last September when, as a qualifier, she won the U.S. Open title, becoming Britain’s first female Grand Slam champion since Virginia Wade in 1977.

She has, however, struggled since winning her maiden Grand Slam and was eliminated in the second round of the French Open last month.

Raducanu reached the last 16 at Wimbledon in 2021, but will need a quick recovery to compete at this year’s tournament which will be held from June 27 to July 10.

The grasscourt major had its ranking points taken away by the men’s ATP and women’s WTA after it opted to exclude players from Russia and Belarus because of Russia’s invasion of Ukraine, which Moscow calls a “special operation”. Belarus has been a key staging area for the invasion.