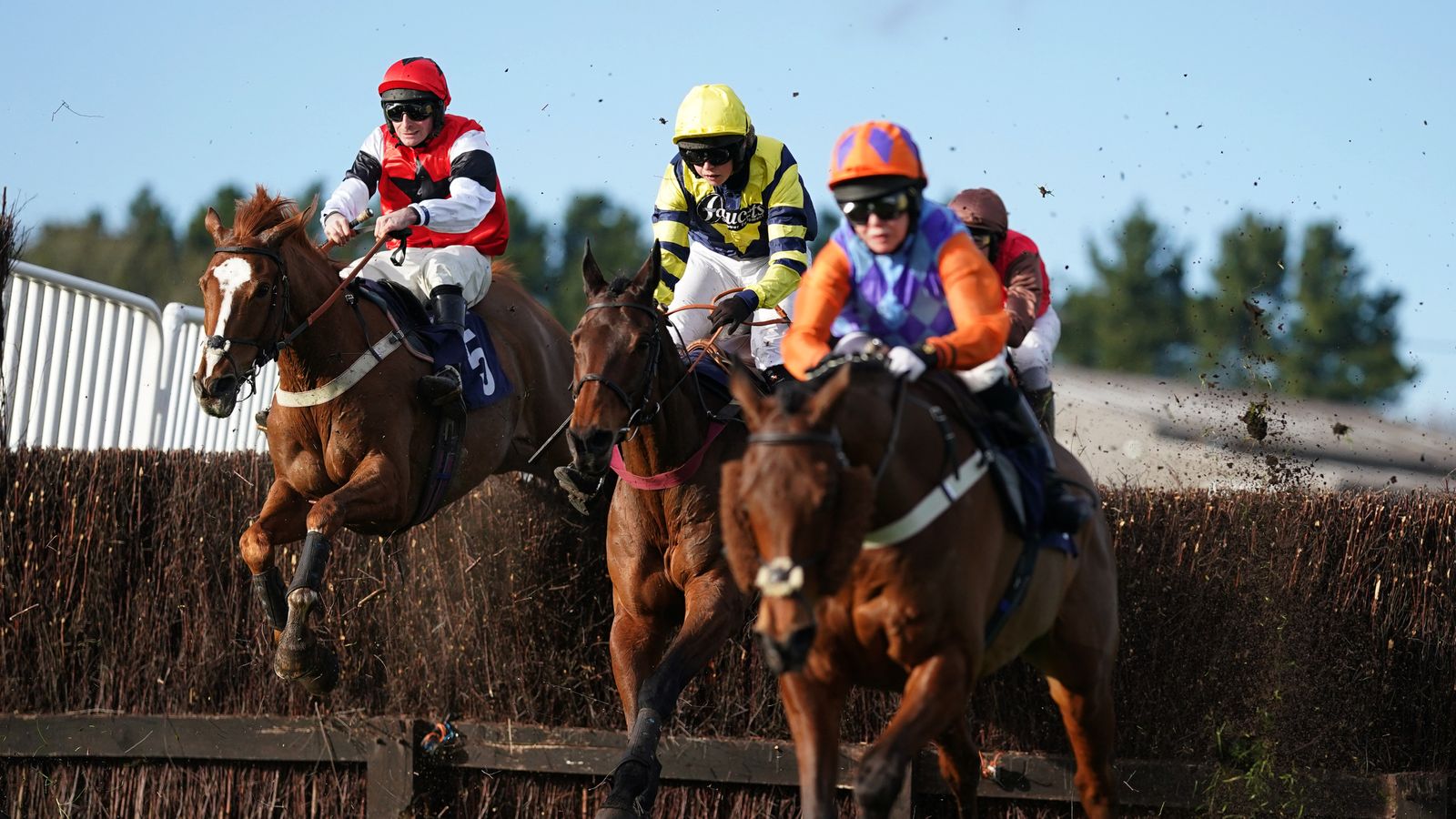 At The Races expert Gary Nutting has taken aim at Fontwell’s excellent Tuesday card and given a big-race verdict to boot.

Centrepiece of a seven-race card, the 0-135 Class 3 contest has attracted 10 declared runners set to do battle over an extended 2m5f on the unique figure-of-eight chase course.

The ground at the West Sussex venue was described on Monday afternoon as good to soft (good in places) with dry, cold weather set to continue.

Of the trainers represented in this race, Gary Moore has the most number of winners over fences here in the last three years at a strike rate of over 23 per cent according to our stats.

Corresponding jockey figures have Jamie Moore at the top (rides Black Gerry for his father here). Our pace chart predicts a strongly-run affair.

Course record over fences reads 121, the defeat no disgrace considering he was badly disadvantaged by weight terms with much higher-rated winner.

Up 7lb for recent Exeter success but that looked above-average novice handicap (first two pulled well clear) and further improvement on cards back up in trip provided this race doesn’t come too soon.

Back to form in lower-grade handicap here in February and has since won over this longer trip at Newbury. Needs a career-best after being raised 5lb for reappearance success at Warwick two months ago.

Veteran taking a drop in class and 5lb lower than last winning mark (two seasons ago), though that was over half a mile further and he has no previous experience of this track.

In good nick this season, winning over fences at Perth and last time a higher-grade handicap hurdle at Newbury. Slightly disconcerting he disappointed here over hurdles in between and this will be his first experience of the chase track.

Grade 2 winner here back in his hurdling days and remains competitively handicapped over fences as he showed when scoring at Warwick three outings ago (been kept on the go since early summer). Another who is making his debut on the chase track here.

Ex-French recruit who is only a pound higher than when scoring at Leicester in February after taking advantage of reduced mark here a month ago. That form has been franked and he has age on high side.

Weighted to reverse last season’s course form with Le Cameleon and having got off the mark over fences at Newbury on final run of that campaign, no surprise if he steps forward from recent reappearance effort in better-grade Ascot event.

Rest of the Field

Amoola Gold won the last time he was in this sort of grade and is dropping to an attractive mark, but will need this first taste of chase course here to liven him up judged on two underwhelming performances at Ascot this season, including in first-time blinkers recently.

Lieutenant Rocco has done nothing to recommend him in three outings since winning heavy-ground novice chase at Ffos Las two seasons ago. Tongue-strap applied on this second run back from wind surgery.

Flagrant Delitiep remains well-treated on the pick of his form and is only 2lb higher than last winning mark at Wincanton in March. Has run well over hurdles here but didn’t shine in only previous try on the chase track (same grade).

Early betting had this as 4-1 on the field and there are plenty who can be given a chance on old form or as progressive ‘youngsters’.

BLACK GERRY jumped like an old hand when landing a seemingly hot novice handicap at Exeter last time and may well be capable of defying this higher mark at an unorthodox track where he boasts a good record.