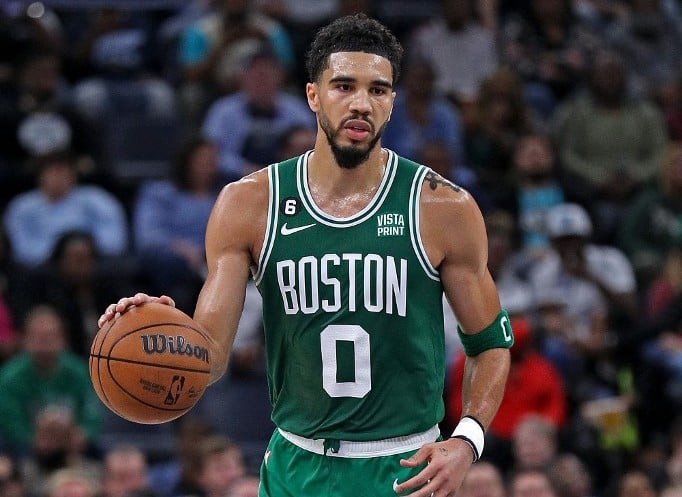 After a lackluster first half, the Boston Celtics used a strong performance on both ends of the floor in the third quarter to pick up a 116-110 road victory over the Toronto Raptors on Monday night.

Boston erased a six-point halftime deficit by outscoring Toronto 35-18 in the third. The Celtics shot 12 of 21 from the floor in the period and led 91-80 entering the final 12 minutes.

Boston’s Jayson Tatum led all players with 31 points and 12 rebounds. Jaylen Brown finished with 22 points, eight rebounds and eight assists as the Celtics earned their second win in a row.

Pascal Siakam scored a team-high 29 points for Toronto, which saw its home record fall to 9-3. Scottie Barnes added 21 points for the Raptors, who received 20 points off the bench from Gary Trent Jr.

Jayson Tatum’s 31-point double-double fueled the @celtics as they became the first team to 20 wins this season! #BleedGreen

Celtics point guard Marcus Smart, who did not play in Boston’s Sunday victory over the Brooklyn Nets due to a hip contusion, returned to contribute 18 points and seven assists against Toronto. He made back-to-back 3-pointers in the third quarter, the second of which handed the Celtics an 82-76 lead with 4:06 left in the period.

It was the second game of a three-game homestand for Toronto. Boston, which was without Malcolm Brogdon (illness) and Al Horford (back), was on the second stop of a six-game road trip. The Raptors were missing Juancho Hernangomez (ankle).

Boston led 27-25 after one quarter, but Toronto opened up a 10-point lead — its largest lead of the game — on a Christian Koloko free throw that made it 49-39 with 5:35 remaining in the half. Toronto scored 37 points in the second quarter and held a 62-56 lead at halftime.

Strong Group-PH bows out of contention in Dubai