Race at work: how hard are companies really trying? 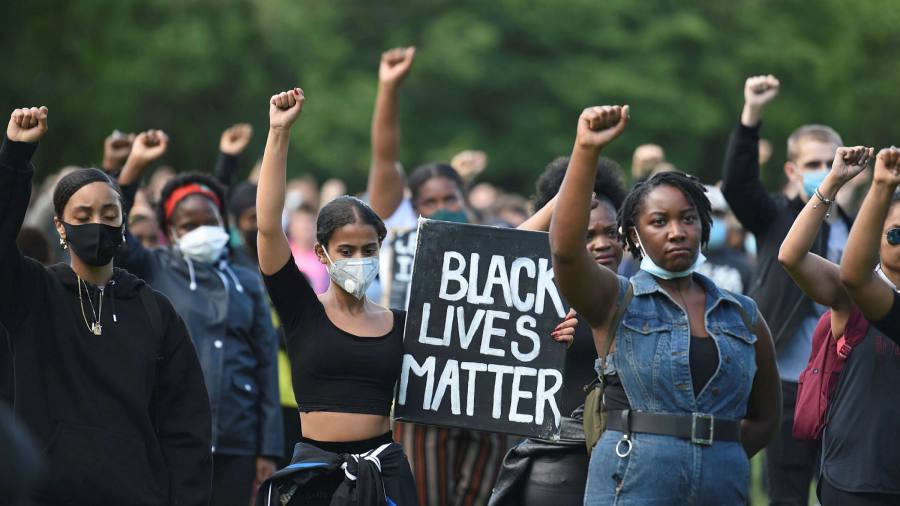 Within weeks of the George Floyd killing, as Black Lives Matter protests were erupting across the globe, James (not his real name) asked to have a word with his manager.

James, 32, worked in a large London advertising agency and had experienced racism and microaggressions in the office. He wanted to know whether the company had any plans to improve the situation for the few people of colour among the staff. He was told that this was a company priority.

“A week later, during a zoom call, this same boss shared a cartoon with a racist depiction of a black person with huge lips to the whole team, laughing away,” he said. “A week after that, there was another instance where a colleague used a slur in a meeting.”

A huge share of UK workers feel that companies are failing to tackle race inequity in the workplace, despite promises to address the issue in the wake of global protests over the murder of George Floyd, a black man, by a white police officer in the US.

Swaths of businesses made public pledges to take action to tackle racism and diversity problems in the workplace in the UK by, among other measures, investigating the challenges and barriers faced by employees of colour, setting up unconscious bias training and ensuring fairer hiring processes.

But FT analysis of an Ipsos Mori survey of 1,652 people published today shows the majority of UK workers are not satisfied that progress has been made on racial diversity and inclusivity at work since May 2020.

The survey confirms that it is common for black and ethnic minority UK workers to have experienced racism at work.

“It is death by a thousand cuts,” says Joan Williams, a professor at the University of California Hastings College of the Law and director of the Center for WorkLife Law, a research and advocacy organisation that seeks to advance gender and racial equity in the workplace. She says “any individual occurrence may be micro, but the end result is just a well-established pattern of bias that’s been documented for over 40 years.”

Among UK workers who had experienced, witnessed or heard about each type of incident before George Floyd’s murder, more than 60 per cent think they happen either just as frequently or more frequently than they did two years ago.

The survey also found that white workers are highly likely to be either unaware of or oblivious to such incidents, with more than 60 per cent saying they have never heard about or witnessed such incidents.

When asked about the specific actions their organisation has taken — both before and after Floyd’s murder — little appears to have changed, while words have been more noticeable than deeds.

“I think a lot of organisations are just ticking the box,” says Williams. “If your company had a problem with sales, you wouldn’t hold a deep sincere conversation about how much everybody values sales, and then move on,” she adds. “You would gather metrics to pinpoint where the sales system is breaking down, and then you would use evidence-based strategies to redesign the system. That’s the model people should use in the context of diversity inclusion as well.”

When companies do roll out expensive initiatives they should also check whether they are actually working, says Grace Lordan, associate professor in behavioural science at the London School of Economics and director of the Inclusion Initiative. Monitoring diversity data is one of the ways to assess progress. “But on its own it isn’t going to help anybody,” she says.

Improving grievance redress should also be a priority. Few have faith in their managers or HR, with just 44 per cent saying they think they would be supported if they came forward with a complaint of discrimination or harassment, falling to 36 per cent among workers from an ethnic minority.

According to their employees, organisations are less likely to focus on becoming more diverse, such as by seeking out candidates from under-represented groups, than on efforts to create an environment where minority workers feel included.

Tired of seeing “a sea of white faces on Zoom” and having experienced a rather hostile environment, by the end of 2020 James decided to leave his employer. He now works for another advertising agency where he feels diversity and inclusion are taken far more seriously.

“There are lots more people of colour here, so when you are having conversations about race or something crops up, it doesn’t feel like you’re on your own having to deal with it, we can talk to each other,” he says. “It feels like there is some weight behind what they want to do; they actually back that up with money and time. We have diversity and inclusion training twice a year.

“Nothing’s ever perfect. There were some things that I’d like to see change. But the commitment here feels a lot less skin deep.”