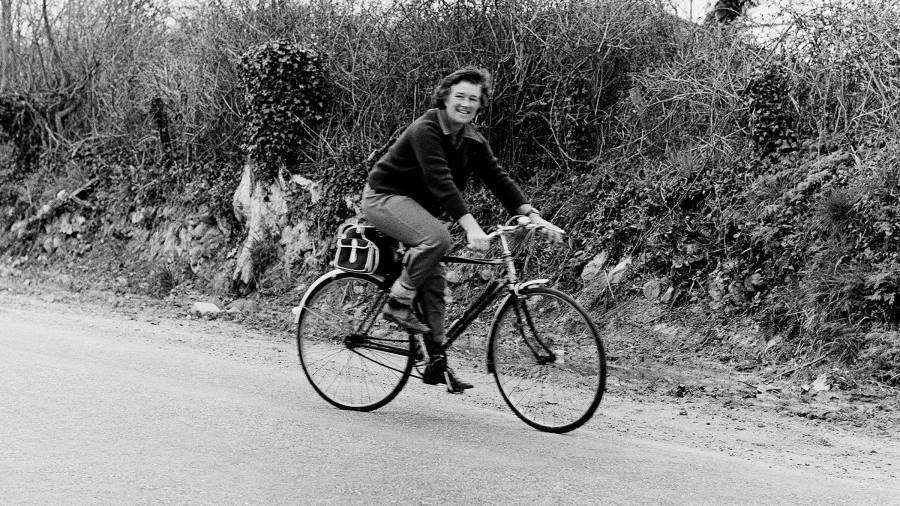 News of the death of Dervla Murphy, the Irish travel writer who cycled, trekked or rode a mule across far-flung countries to understand the lives of ordinary people, was supposed to have been released only after her quiet family funeral.

With her keen sense of humour, she might, her publishers say, have been tickled to discover that Irish President Michael D Higgins was among those to scoop the planned announcement. “While known as Ireland’s most famous travel writer,” the president tweeted the day after her death, “such a description barely captures the . . . deep understanding captured in her work. Always an ethical visitor, she brought a vital social conscience and respect for those she wrote about.”

Higgins’s tribute sparked a flood of others to the humble chronicler of expeditions to places including Afghanistan, Ethiopia, Gaza, Siberia, Israel, Peru and Cuba, trips that resulted in 26 meticulously researched and acutely observed books. But the notion that Murphy, who died peacefully at home on Sunday, aged 90, had become some kind of national treasure was one she herself had no time for. “Daft idea,” she guffawed to me in February, her last interview.

Painfully stooped, her adventures curtailed by rheumatoid arthritis, she was acutely aware that she was in the final chapter of an eventful career that began with a solo bike ride to India in 1963 — an ambition she had nurtured since she was 10 and documented in her first book, Full Tilt.

She suffered a mild stroke last year and another in the weeks after cooking me soup for a Lunch with the FT. But only last month, she was entertaining her publishers, swigging a beer, in her book-filled but spartan home in a 17th-century former cattle market in Lismore, in the south of Ireland.

To the end, she kept her vivid intellectual curiosity, which often made it appear, even in interviews, that she was the one posing the questions.

Born on November 28, 1931, Murphy grew up an only child amid “hardships and poverty” — including having to leave school at the age of 14 to nurse her disabled mother. She remained her carer for the next 16 years.

Despite not considering herself courageous, she once shot at wolves and dispatched an over-friendly policeman with a ‘knee in the balls’

From her father, a librarian, she inherited a passion for reading; by the time her mother died, she reflected that she had amassed nothing but “the minimum of clothes, the maximum of books and a bicycle”.

That second-hand bike — “Roz” — had been a birthday gift when she was 10, when she also received an atlas and her dream of cycling to India was born.

She credited her tough upbringing with shaping her personality. Despite her down-to-earth warmth and empathy, she wrote in Wheels within Wheels, a memoir of her youth: “Had I left home at 18 and made a successful career for myself, I would probably have gone through life as an intolerant, unsympathetic bitch.”

Fiercely independent, Murphy was a trailblazer. Not only was she a single mother in rural Catholic Ireland in the 1960s after a love affair with a married man, she also defied expectations by taking her daughter Rachel with her on adventures including to Coorg, in India, and to Northern Ireland at the height of the Troubles.

Despite not considering herself courageous, she once shot at wolves and dispatched an over-friendly policeman with a “knee in the balls”.

A devoted fan of the BBC World Service who shunned mod cons, had no TV or driving licence, and astonished one visitor by washing bedsheets in the bath at home with the aid of a stick, she was, however, fearless and intrepid. She lived with orphaned Tibetan children in a squalid camp after her cycle trip to India and in her latter years, among Palestinians on the West Bank during Israel’s 22-day attack on the Gaza strip in 2008-09.

“How many 80-year-olds do you know who would happily spend three months in a refugee camp, living in a single concrete room with a hole in one corner as a loo?” wrote her editor, Rose Baring. “For her, understanding the experience of the Palestinians in Balata Camp was her duty as a fellow human.”

Barnaby Rogerson, who runs Murphy’s publisher, Eland, described her style as “boots on the ground, ignore what you’re told on the television and by the politicians, find out for yourself”. 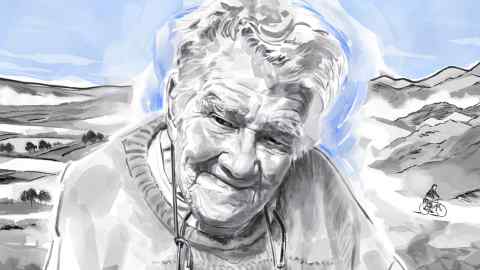 Travel writer Colin Thubron said her books were “wonderfully unpretentious, shiningly honest” and shot through with “delightful earthy humour and charm”. For Michael Palin, broadcaster and traveller, she was an inspiration. “You will ask anybody anything and they will open up to you,” he told her at last year’s Edward Stanford Travel Writing Awards.

For Murphy, that was the point. “If I am to be remembered,” she once remarked, “I’d like to be remembered as someone who was interested in the ordinary people of whatever country I was in.”