PSG on brink of French title after beating Marseille 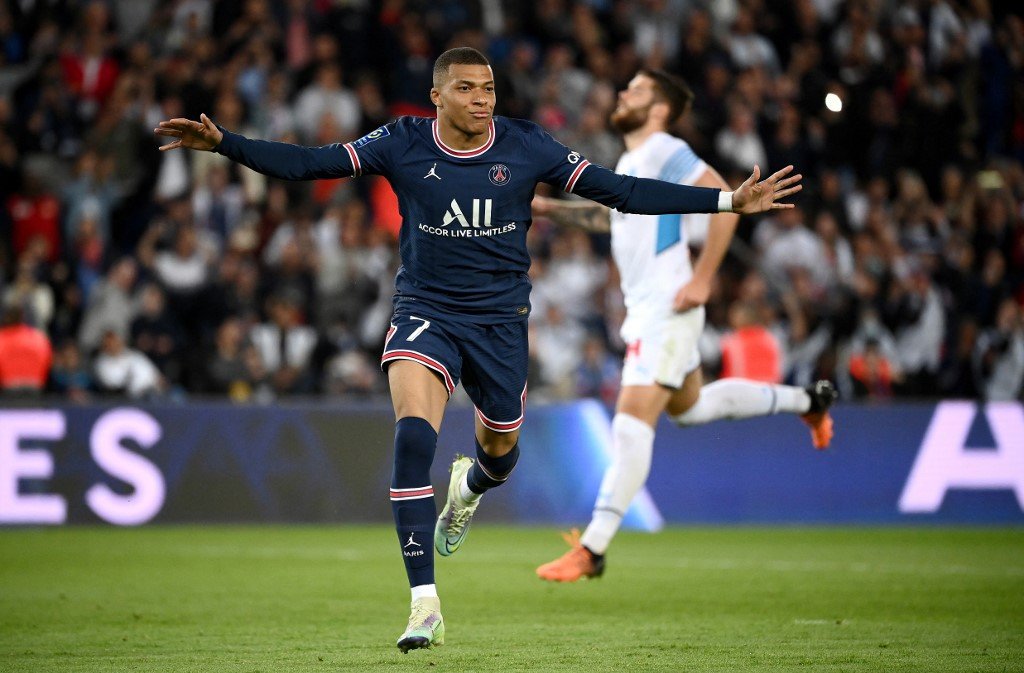 Mbappe converted from the spot in first-half stoppage time after the referee awarded a penalty for handball on a VAR review, restoring PSG’s lead following Neymar’s early opener and a Duje Caleta-Car equalizer.

PSG are 15 points clear of second-placed Marseille with six games remaining and Mauricio Pochettino’s side — who also have a far superior goal difference — stand poised to reclaim the trophy they relinquished to Lille last season.

If Marseille fails to beat Nantes on Wednesday then PSG can clinch their eighth Ligue 1 title in 10 seasons if they have a better result against Angers at the same time.

Despite the apparently high stakes for the biggest fixture in French football, there was a distinctly flat atmosphere at the Parc des Princes.

Authorities banned Marseille fans from the game over concerns of possible violence, a recurring them in France in recent months.

Meanwhile, PSG ‘ultras’, the most vocal members of their support, have decided to stay silent until the end of the season in protest at the club’s management and at results in a campaign marked by the Champions League last-16 exit to Real Madrid.

In any case, a record-equalling 10th French championship in their history has never really been in doubt for PSG, even before their current run of three straight wins in which Neymar and Mbappe have each scored six times.

“We always want to see our supporters transmit their energy and make it a spectacle,” admitted Pochettino.

“In recent games since we went out of the Champions League the fans have expressed their anger and disappointment, and they are free to show that they are unhappy.

“That the club is in a position to win the 10th league title in its history is a big thing and it is a shame that we can’t all share that happiness together.”

Marseille drew level just after the half-hour as Gianluigi Donnarumma made a mess of dealing with a corner, allowing Caleta-Car to prod home on the line.

Lopez saved a Neymar free-kick and Messi had two goals disallowed for offside before PSG were awarded the penalty deep in first-half stoppage time.

Valentin Rongier blocked a shot with his thigh, the ball ricocheting up and striking his elbow, an infringement spotted by the referee after he was invited over to the pitchside monitor.

Mbappe’s successful penalty was his 21st Ligue 1 goal this season and 32nd in all competitions.

The France star had another effort disallowed for offside in the second half.

Marseille then thought they had snatched a point when William Saliba turned in Dimitri Payet’s late free-kick.

Yet that effort was also disallowed, and PSG held on.

Despite seeing their eight-game winning run come to an end, Marseille remains on course to qualify automatically for the Champions League as they sit three points clear of third-placed Rennes.

Nice is another two points back in fourth after Andy Delort’s late header secured a 2-1 win over Lorient.

Ambitious Nice, owned by British group Ineos, had gone four games without a win to drop out of the European qualifying spots before this encounter.

Only the top two in France qualify automatically for the Champions League, with third going into the qualifying rounds and fourth into the Europa League.

Moussa Dembele and Karl Toko-Ekambi both scored twice and Lyon recorded their biggest win of the season as they seek to salvage European qualification from a disappointing campaign.

They are eighth, four points adrift of fifth-placed Strasbourg, who drew 1-1 at Troyes.