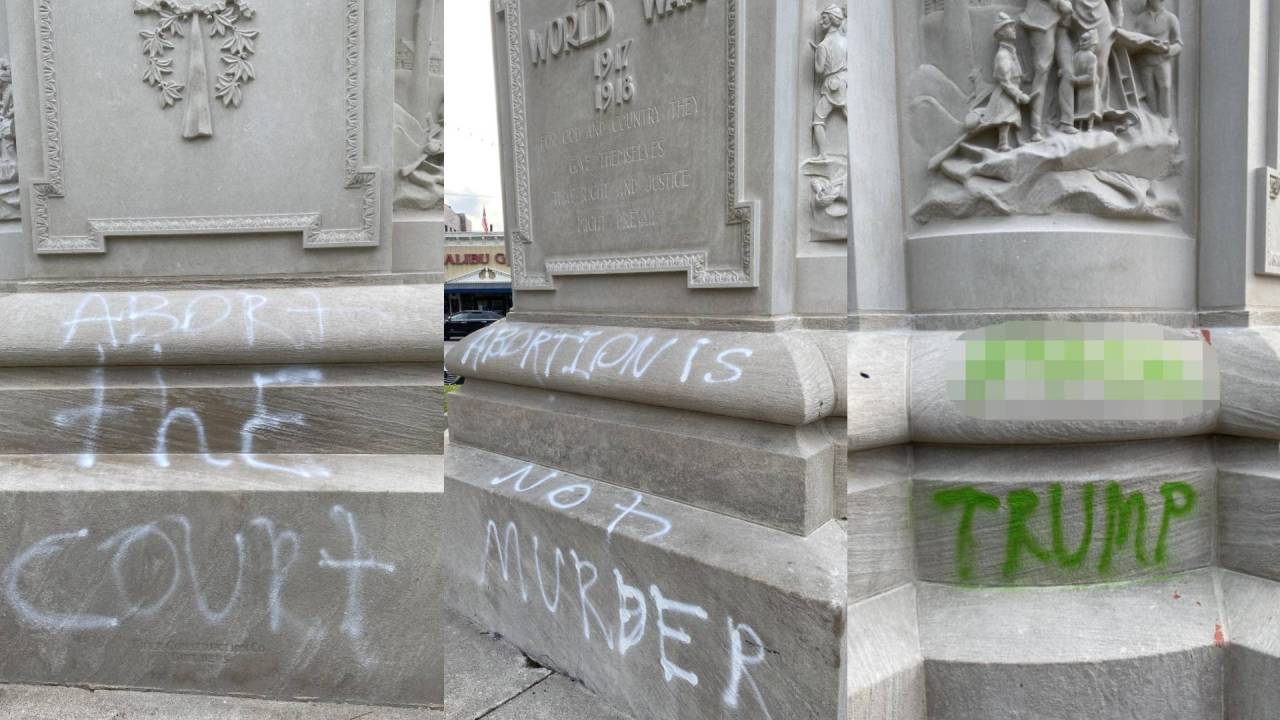 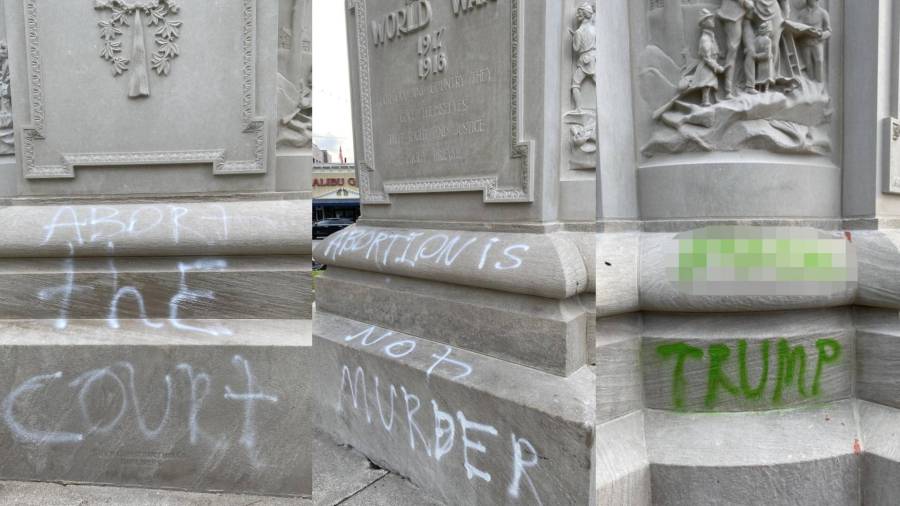 The Monroe County Sheriff’s Office is looking for the person who vandalized the county courthouse with pro-abortion rights messages in downtown Bloomington.

The sheriff’s office says the vandalism happened in broad daylight around 5 p.m. on Monday, June 27 on W. Kirkwood Avenue.

Investigators released photos of both a person of interest and the damage they left behind.

There was also an expletive directed at former president Donald Trump.

If you know anything, you’re asked to to contact Deputy Walls via dispatch at 812-349-2781. You can also reach out to the MCSO’s Facebook page.