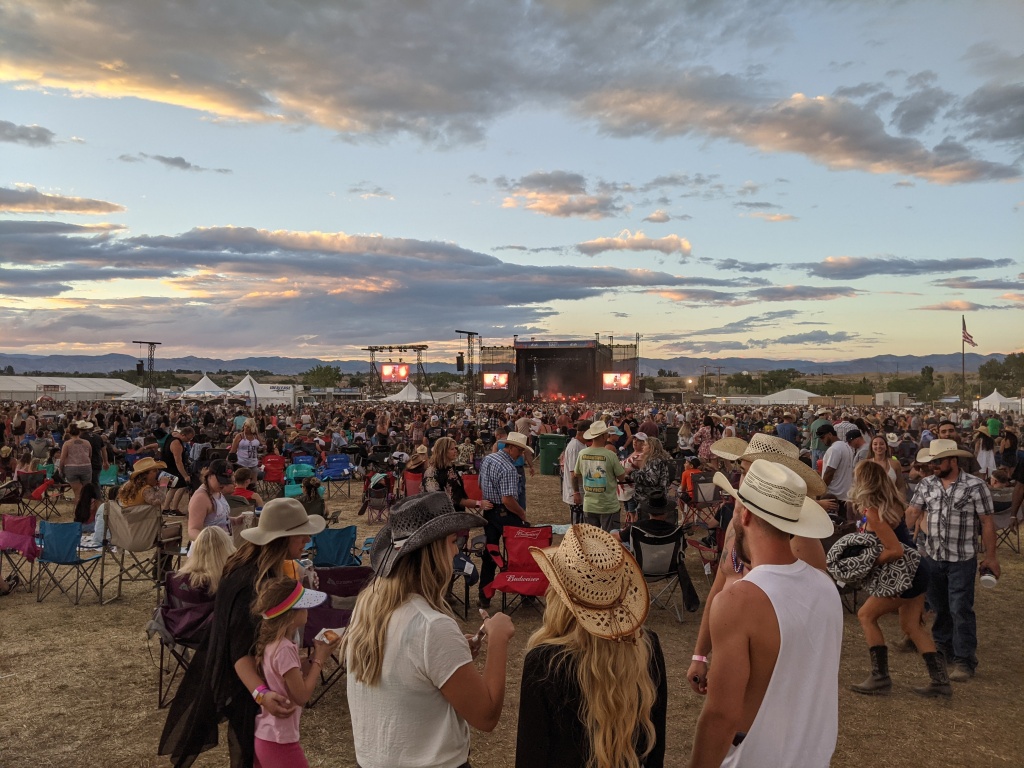 Nearly 108,000 people died from drug overdoses in 2021, the Centers for Disease Control reported this week, breaking previous records and highlighting a public health crisis spurred to new levels by the COVID pandemic.

But while grim milestones have been in no short supply lately, Denver nonprofit The Phoenix sees hope as it looks to expand its sober community to meet people where they are — in this case, at concerts.

“We believe that community is healing,” said Jacki Hillios, deputy executive director of The Phoenix and a Ph.D. clinician who formerly worked with families dealing with mental illness and substance-use disorders. “Fitness and yoga and the things we usually do attract a large amount of people. But this (drug overdose) problem is so out of control that we had to step back and reconsider.”

The 16-year-old Phoenix, with its Denver flagship location at 2223 Champa St., has traditionally focused on activities such as group hikes, Crossfit training, and other “transformational” programming that help people suffering from alcohol and drug addiction and use disorder, the latter being a more contemporary term.

The cost to join any of its programs is 48 hours of sobriety, and the company boasts of having served about 77,000 members across 36 states. Adding music to its programming was a “no brainer,” Hillios said.

Phoenix’s new program, Phoenix Music, includes a partnership with the existing Send Me a Friend platform, which connects music fans and musicians virtually and in person to strengthen connections among at-risk groups, Hillios said. It even extends to music industry professionals, who can find sober “friends” while touring along with the sober and sober-curious music fans at live events looking for safe spaces, meet-ups and support.

The program will launch on Sunday, May 15, with an invite-only Anders Osborne & Friends concert at The Soiled Dove, to be followed by more public events with prominent acts at bigger local venues, according to a spokesman, some of them arriving as early as July.

“There’s extensive literature on music being a modality for healing anxiety and depression and people in recovery, but the flipside of that is that it can be really scary to go to a concert,” Hillios said. “Alcohol and drugs are hugely prevalent in that culture, so how do we make sober music cool?”

The question has gained new momentum lately as sober and sober-curious bars and restaurants have opened in Denver and across the country, catering to a market looking for a less intimidating — or at least just alcohol-free — social environment. Dry January has leaked into the rest of the year, proponents say, as people move away from alcohol in favor of less deleterious substances and traditional-party activities.

Last year, Sundown Colorado debuted as the state’s first sober music festival, while multi-day events such as Denver’s Underground Music Showcase have committed to “sober bars and other resources for artists who struggle with substance misuse,” among other recent initiatives.

Veteran Denver singer-songwriter Jen Korte in April launched her “Clearheads” program at Globeville’s hip Fort Greene bar, dubbing it “a booze-free hang” made possible by support from the Denver Music Advancement Fund. It offers curated cocktails, coffee drinks and kombuchas, along with food trucks, local vendors, live music and, most important, “a safe, alcohol-free space where you can just be … (or for) those who just want to go to a bar (and) dance, without alcohol,” according to a promotional video.

Phoenix Music will debut in Denver, with smaller pilot locations planned in Milwaukee, Boston and other markets, Hillios said. Sober music fans will be able to turn on their phone’s geolocator “to find Phoenix folks and mob up, large or small.”

The program takes cues from niche sober groups dedicated to single bands or genres, such as the jam-band scene’s Yellow Balloon movement, which holds 12-step meetings at concerts. But unlike Alcoholics Anonymous or other traditional groups, Phoenix believes there’s more than one way for people to recover. Its organizers are unafraid to reach into the communities that need them most, serving the concentrated houseless population around its Denver location.

“We’re not here to compete with other programs, but we want to offer access to this community more broadly,” said Hillios, who this week gave the keynote speech at the Multiple Pathways of Recovery Conference in Colorado Springs. “There’s a moral obligation.”