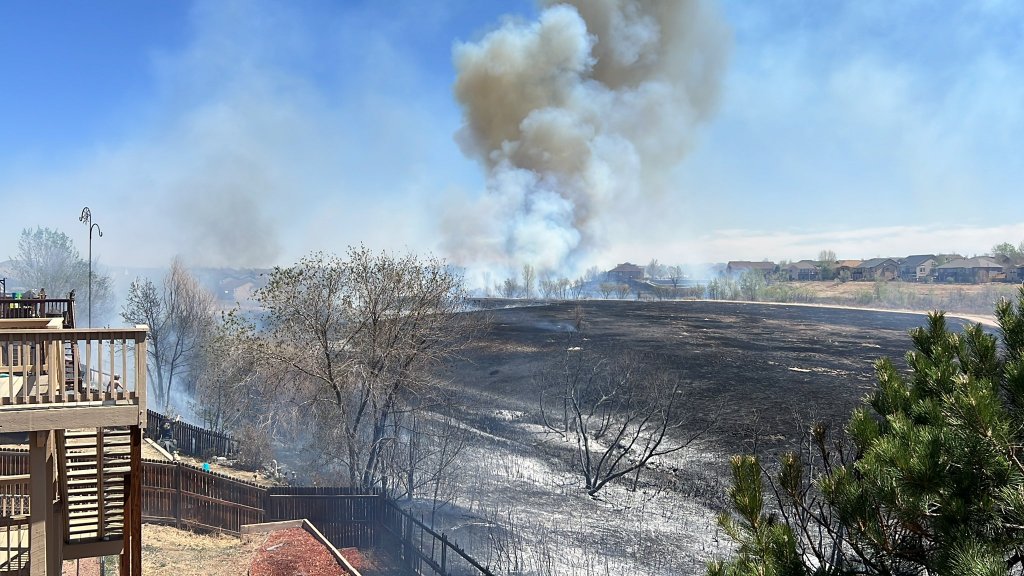 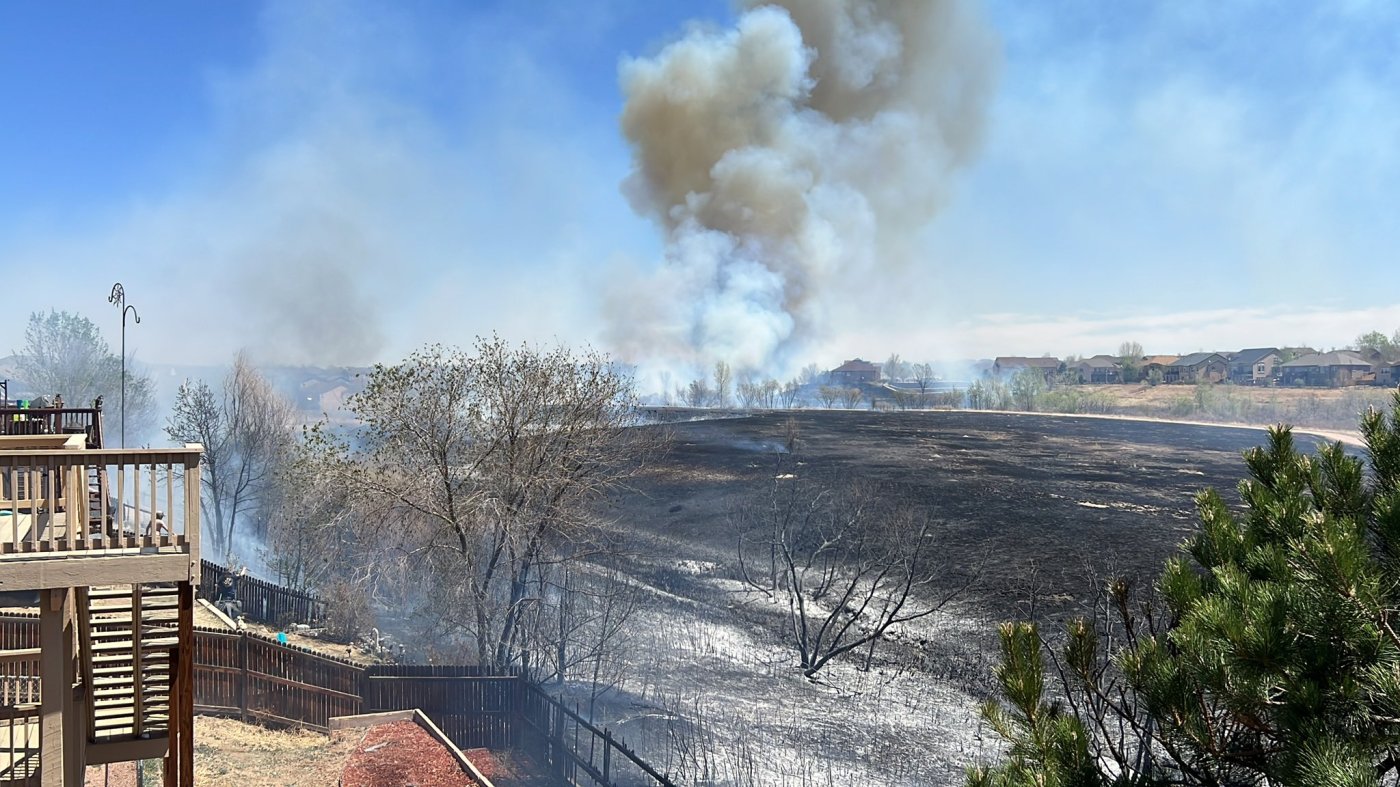 The Ackerman Fire, one of the two grass fires that broke out in Colorado Springs Thursday, has been fully contained, firefighters said. The wind-fueled blaze destroyed eight mobile homes and forced evacuations for around 1,000 people

The Ackerman Fire brought heavy smoke and flames towering more than 50 feet to the Skylark Mobile Home Park, where the fire was contained to the neighborhood, with no injuries reported. Firefighters fully contained the blaze at 30 acres late Thursday.

The flames shut down the Colorado Springs Airport Thursday, but all operations have resumed to normal.

#ColoradoSpringsFire #WorkingGrassFire Crew from several agencies along with CSFD are on scene of grass fire at Milton Proby and Powers. South and Northbound Powers are closed pic.twitter.com/BV3LDDJvH6

The Alturas fire was sparked by a catalytic converter of an El Paso County Sheriff’s Office cruiser, the sheriff’s office said at a news conference, according to Denver7. The fire started Thursday afternoon near South Powers Boulevard and Milton E. Proby Parkway and was pushed and fueled by strong winds, shutting down both directions of Powers Boulevard. Residents were ordered to evacuate immediately. The evacuations were lifted about 7:30 p.m. Thursday.

The afternoon fire also prompted the evacuation of the massive Amazon Fulfillment Center Warehouse on the southeast side of the city, said Lt. Pam Castro, a police spokeswoman. The center was evacuated about 4:15 p.m. Thursday as a precaution.

A red flag warning has been issues again Friday from the National Weather Service. Fires will spark and spread easily under high fire conditions and wind gusts up to 40 mph, the NWS says.

This story will be updated as more information becomes available. The Associated Press contributed to this report.

Click markers for details, use buttons to change what wildfires are shown. Map data is automatically updated by government agencies and could lag real-time events. Incident types are numbered 1-5 — a type 1 incident is a large, complex wildfire affecting people and critical infrastructure, a type 5 incident is a small wildfire with few personnel involved. Find more information about incident types at the bottom of this page.