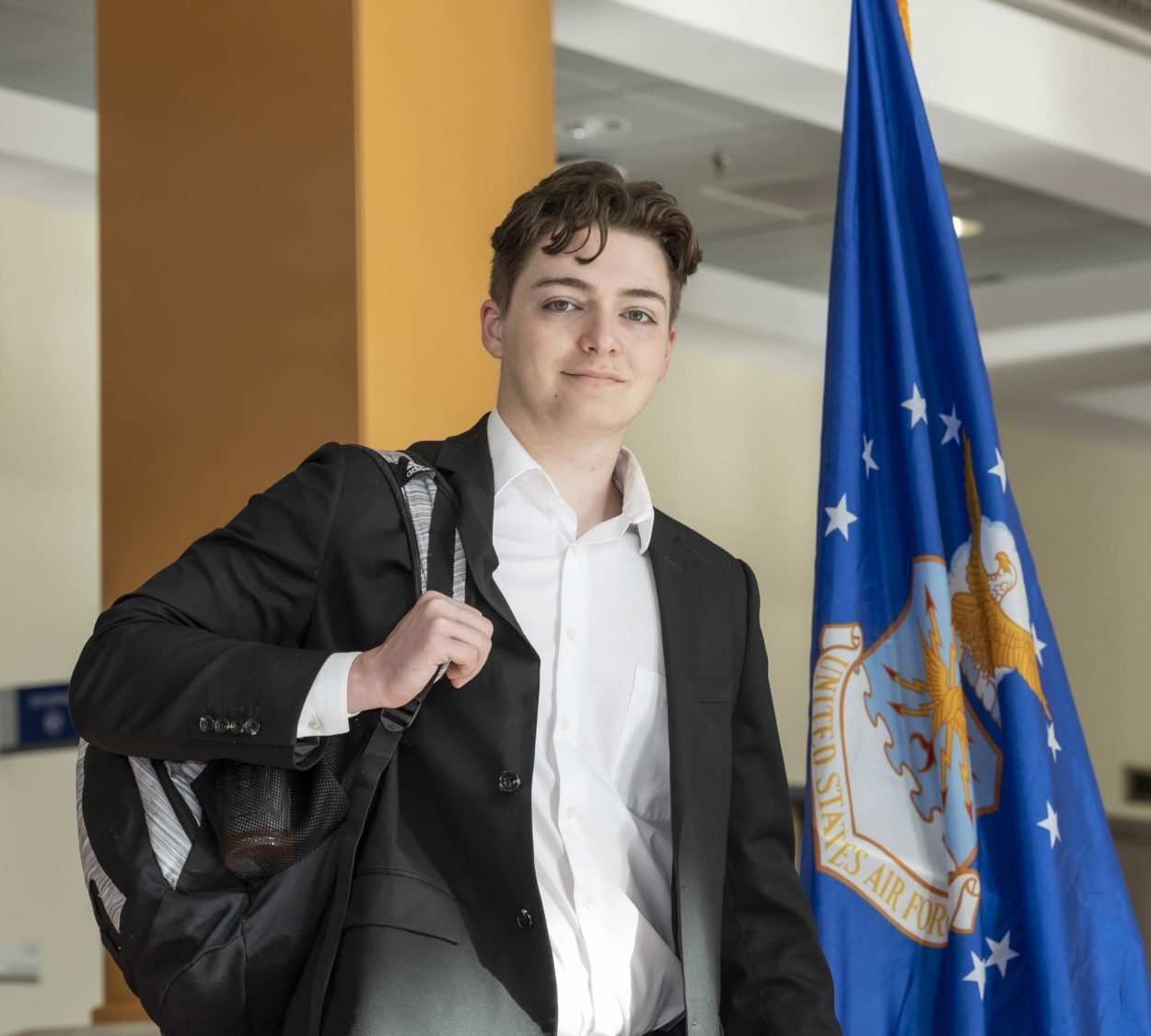 Covington, GA—You know what they say, the third time is a charm.

For Connor LaChappelle, his recent appointment to the  U.S. Air Force Academy is the culmination of a dream that began a few years ago when he first visited the academy in Colorado Spring, Colo., as a high school senior at Jackson High School.

Acceptance to the highly competitive academy requires a nomination from the candidate’s congressional district representative, among other requirements. LaChappelle received his nomination from U.S. Rep. Jody Hice. On April 11, LaChappelle will be recognized by Hice during a signing ceremony at Jackson High School.

The Newton Campus history student says he applied to all three of his U.S. congressional representatives (Sen. Ralph Warnock, Sen. Jon Ossoff and Rep. Hice) beginning in 2019 before he received a nomination letter. (Candidates can apply four times before age 21.)

An Honors student with a 3.87 GPA, LaChapelle is vice president of Newton Campus student government and participated in the 2021-22 International Model African Union with four other Perimeter students. The group represented Mozambique. (This year’s event, normally in Washington, D.C., was virtual due to COVID-19 restrictions.)

LaChappelle grew up in a military family—his father was in the U.S. Army and the National Guard; and a brother is currently stationed in Bethesda, Maryland. But it was the U.S. Air Force that attracted LaChappelle.

When he didn’t get into the academy after high school, he looked at Perimeter as his best option.

“Coming to Perimeter was the cheaper option for me, and it wasn’t so far away,” he said.

He found a job at the campus recreation center, where he formed some close friendships. “It’s been a pretty great experience and this campus is pretty tight-knit,” he said.

A cross-country travel buff and baseball enthusiast (he played all positions except pitcher in high school), LaChappelle enjoys visiting history museums across the country. His favorite so far is the Negro League Baseball Museum in Kansas City, Mo., which combines both passions.

Once enrolled, LaChappelle will be a part of the academy for the next four years, with required military service afterward. The academy pays all educational and room and board expenses.

He plans to major in military strategy and the Russian language.