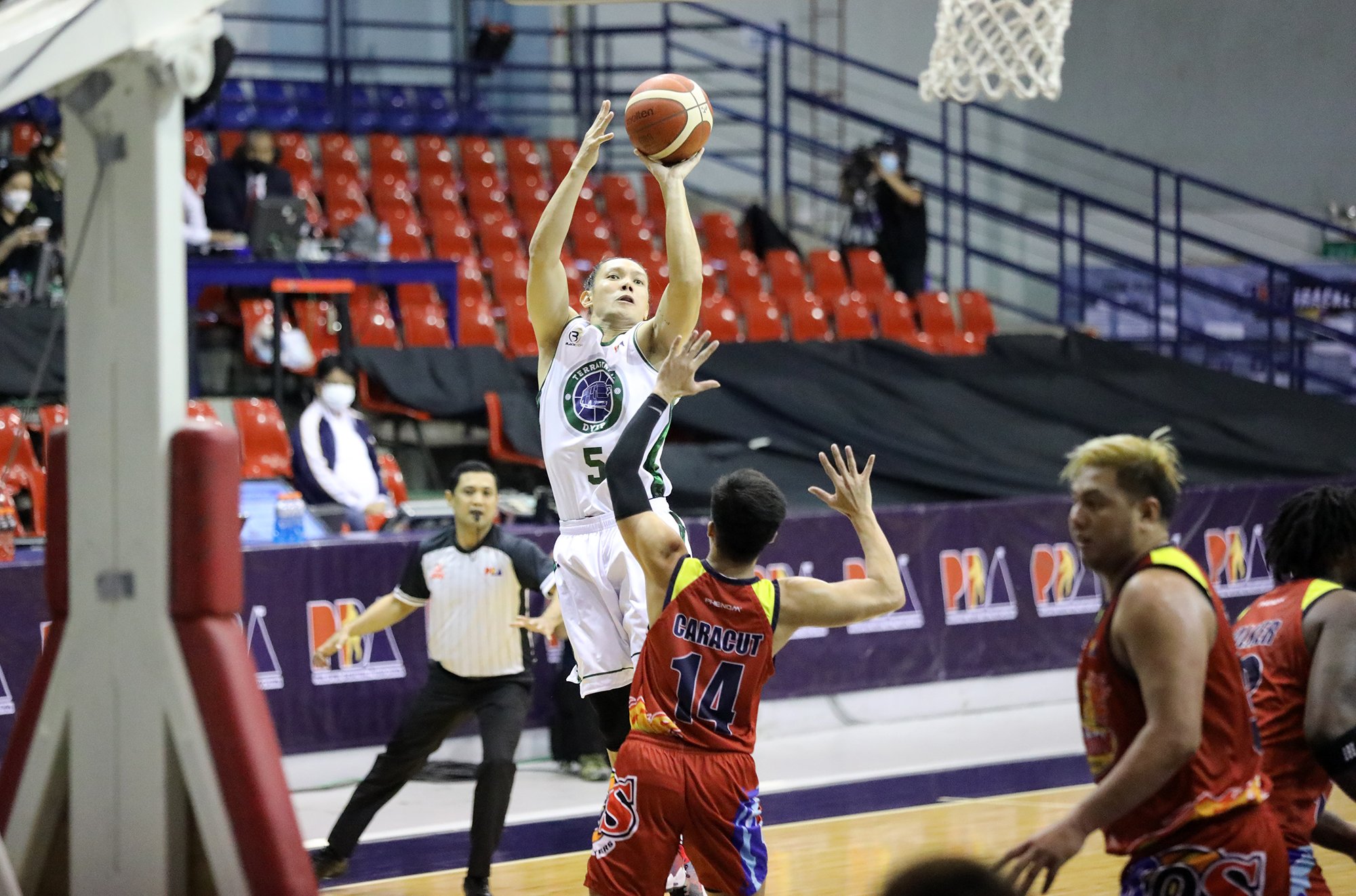 MANILA, Philippines — Alex Cabagnot has signed a fresh contract with Terrafirma as he continues to recover from his achilles injury.

The 39-year-old guard bared on his Instagram on Thursday evening that he signed a fresh deal with the Dyip, where he will spend at least another PBA season.

“Grateful for where I’m at, excited to where I’m going,” wrote Cabagnot adding numbers 18 and 19 with a padlock emoji.

The 6-foot guard, who ended his 11-year stint with San Miguel after he was traded for Simon Enciso last November 13, only played four games for Terrafirma after he suffered a tear on his achilles in their 116-86 loss to NLEX in the Governors’ Cup last December 18.

In just a few games, Cabagnot made an immediate impact, averaging 12.0 points, 7.5 assists, and 6.5 rebounds per outing.

Once he recovers, the 2017 Commissioner’s Cup Finals MVP, who won nine championships in his career, will continue to share his experience and leadership to his young team inside the court.

The Dyip missed the playoffs of the 46th season after finishing ninth in the Philippine Cup with 4-7 record and wound up at 11th place in the Governors’ Cup, winning only two of their 11 games.