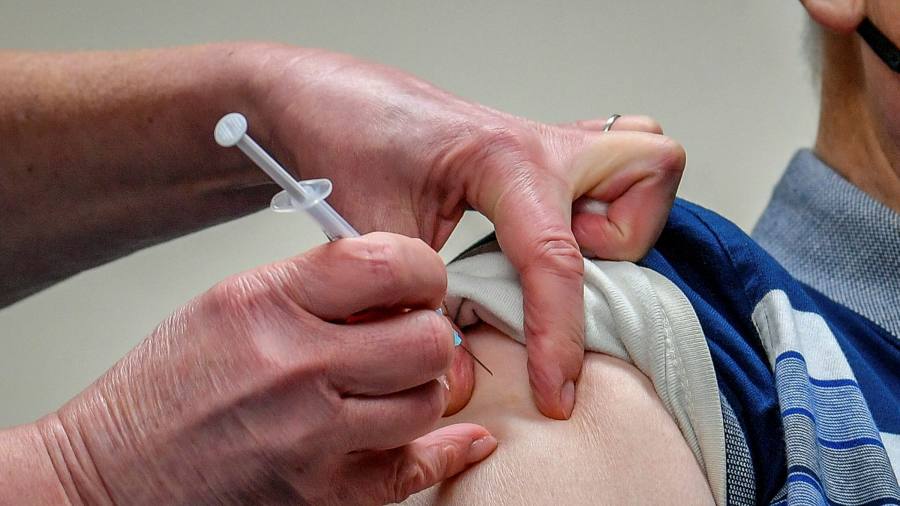 Millions of people worldwide undergoing immune-suppressing treatment would respond much better to Covid-19 vaccines if they took a two-week break from medication immediately after their jab, a UK clinical trial has shown.

An academic consortium led by Nottingham university investigated the effect of stopping treatment with methotrexate, the most widely prescribed treatment for inflammatory conditions such as rheumatoid arthritis and psoriasis, for a fortnight after receiving a third dose of Covid vaccine.

Levels of protective antibodies that recognise spike proteins in the Sars-Cov-2 virus were more than twice as high in those who paused methotrexate after vaccination than in the control group that continued treatment. The findings are published in The Lancet Respiratory Medicine.

“Implementing these results could vastly improve the protection provided by boosters against Covid-19 for millions of people living with these conditions,” said Professor Abhishek Abhishek, the trial leader at Nottingham. “Covid has left them vulnerable to serious illness, whilst still having to live with the painful and troubling effects of their conditions.”

The independent oversight committee of the Vroom (Vaccine Response On/Off Methotrexate) trial stopped it early, when 254 of the planned 560 patients had been recruited, because the results were so clear-cut.

Although the study found some increase in inflammatory disease four weeks after the pause in treatment, this deterioration had disappeared by 12 weeks. “We saw no adverse impact on the quality of patients’ lives following suspension of their medication,” he said.

The trial, funded by the government’s National Institute for Health Research and Medical Research Council, is the world’s first controlled comparison of the benefit of improving Covid vaccine response against the risk of the patient’s disease flaring up when immune suppression is paused.

In the absence of evidence, medical authorities around the world have given patchy and conflicting recommendations, with UK advice tending toward continuing methotrexate.

Some 1.3mn people in Britain are prescribed methotrexate to control autoimmune conditions, including several forms of arthritis and skin disease as well as lupus and polymyalgia. The drug has long been off- patent, with many generic suppliers.

Not everyone’s condition would permit even a short discontinuation of methotrexate, said Abhishek, but hundreds of thousands of patients in the UK and millions worldwide would benefit from a pause after Covid jabs. Individual patients should decide what to do in consultation with their doctor.

The Vroom team has passed its results to the UK government’s vaccine advisers, the Joint Committee on Vaccination and Immunisation, so they can include a recommendation for the immune suppressed ahead of the autumn Covid booster campaign that is expected to extend fourth doses beyond elderly and vulnerable adults.

Although methotrexate is the most widely used immune-suppressing drug, some patients on other anti-inflammatory medications might benefit from a treatment pause too, said Rosemary Boyton, professor of immunology and respiratory medicine at Imperial College London. But clinical evidence would have to be gathered separately.

British clinical research, such as the Recovery trial assessing Covid treatments led by Oxford university, has had a big impact on international clinical practice during the pandemic.

“This study shows yet again how the UK research community’s world-leading ability to rapidly set up well-designed clinical trials can deliver the evidence needed to optimise medical interventions and save lives in the pandemic,” said John Iredale, interim executive chair of the Medical Research Council.