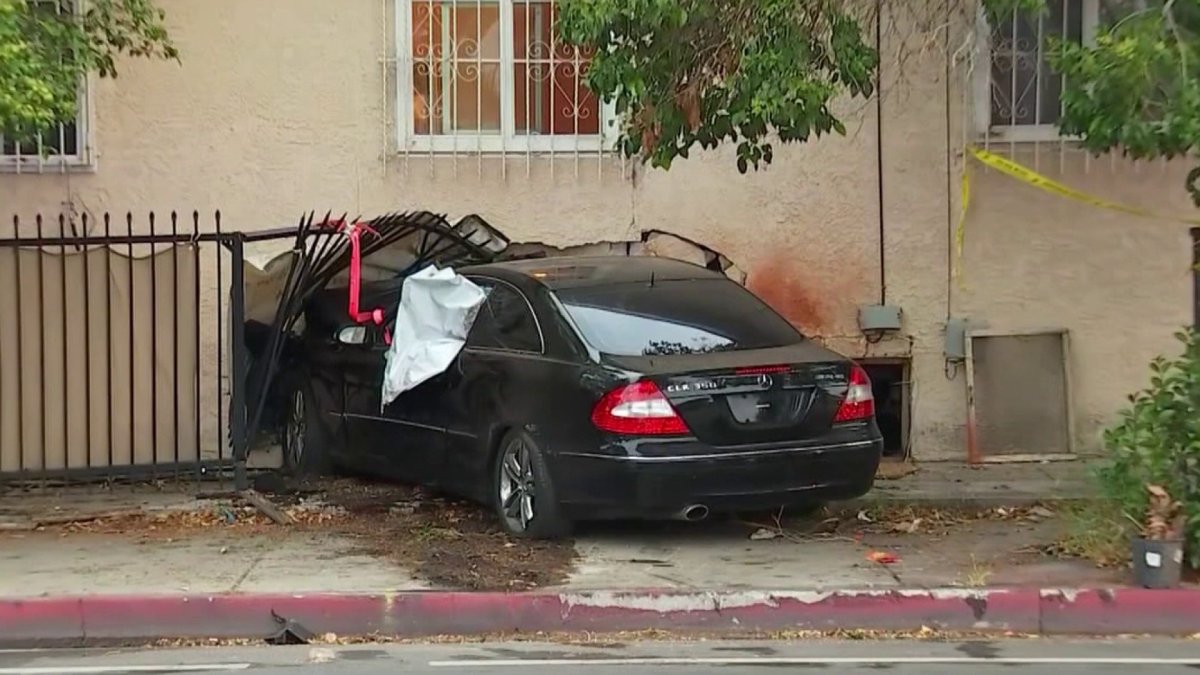 A community in Watts is demanding safer streets, after a car slammed into a duplex early Saturday morning, killing a passenger and badly injuring a driver.

Video shows the moments leading up to the deadly crash, which occurred around 4:30 a.m. Saturday.

The car speeding through the intersection looks like a flash of light, as the driver traveled down Wilmington Avenue on the wrong side of the road, according to the Los Angeles Police Department. The car then jumped the curb on Century Boulevard, and flew into the duplex.

“I was like oh my god, because the person who was diving, he was screaming insanely, like, ‘oh my God, I’m hurt. Help me, help me,'” said neighbor Maria Banuelos.

Witnesses who ran to help told NBC4 they found a woman in the passenger’s seat, who died.

The driver was rushed to the hospital in critical condition, according to the LAPD.

Neighbors say a couple was inside the home at the time of the crash, but thankfully, they were not hurt.

“… [It’s] very horrible, because I wouldn’t want anyone to pass away, especially in a car accident like this,” said Banuelos.

It’s not the first time a crash like this has happened on the corner.

One neighbor told NBC4 it’s been an issue since at least the 1970s. That’s when the homeowner installed steel posts to protect their home, after a car crashed through their fence.

“They’re about four feet down in the ground and four feet up,” said Vanetta Davis.

In December, for the third time since Davis has lived in the neighborhood, she says a truck rammed through her fence — ripping the barriers from their foundation.

“If those pillars weren’t there, he would’ve gone inside of my house,” Davis said.

Davis and other neighbors now hope something is done to prevent other crashes.

“This is sad, and it could’ve been avoided if they just put a light here,” Davis said. “I mean, it’s not going to stop it, but it’ll slow ‘em down.”

“Either something like bumps, or a light, anything, that’s going to save us from having accidents like this and unfortunately, someone passed away,” said Banuelos.

An LAPD officer says a DUI investigation is now underway.