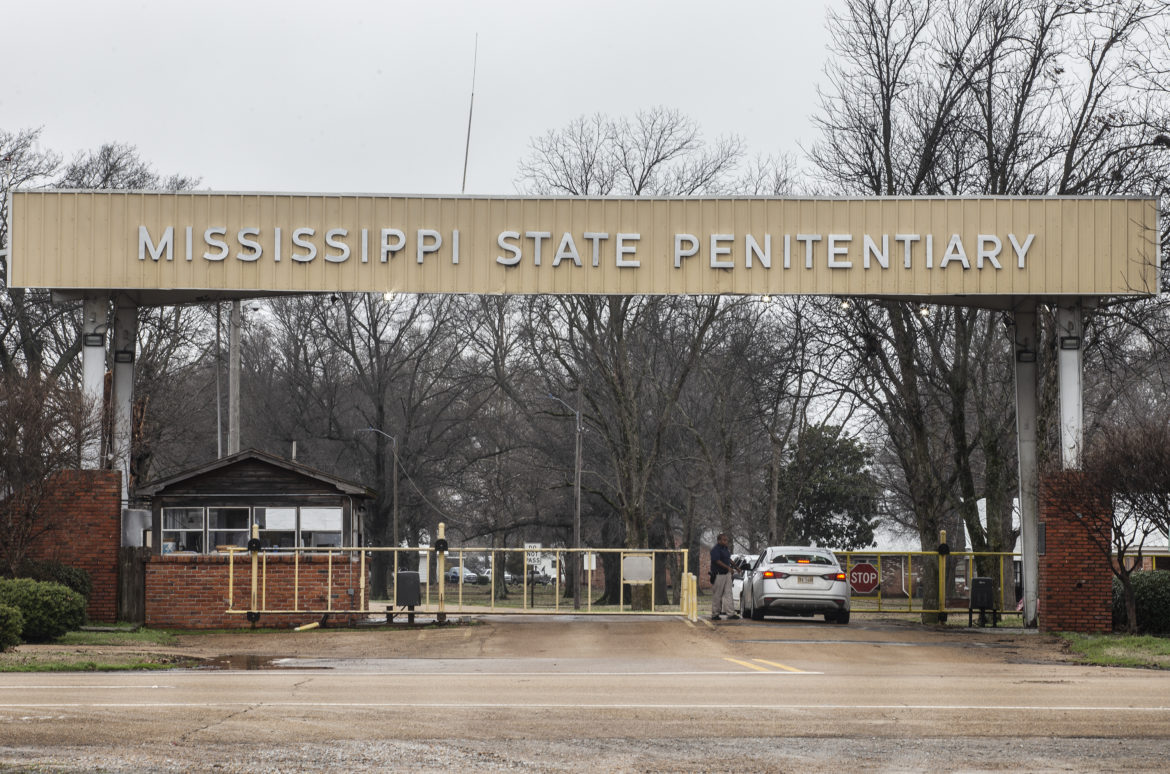 Editor’s note: This story contains references to suicide. If you or someone you know may be considering suicide, contact the National Suicide Prevention Lifeline at 1-800-273-8255. Local resources include the Mississippi Department of Mental Health DMH Helpline at 1-877-210-8513 and the NAMI Mississippi Crisis Lines at 1-877-210-851.

A scathing 59-page report by the U.S. Department of Justice says that Mississippi routinely violates the rights of incarcerated people at Mississippi State Penitentiary at Parchman by failing to stop violence or provide proper mental health treatment, especially for those on suicide watch and in solitary confinement.

The report says these conditions are the result of years of “deliberate indifference” from the Mississippi Department of Corrections and calls for top-down improvements. It makes more than 80 recommendations for MDOC to implement at Parchman from structural changes such as offering competitive salaries for staff and more programming for incarcerated people to smaller fixes like identifying “all broken or jammed locks.”

“MDOC has been on notice of these deficiencies for years and failed to take reasonable measures to address the violations, due in part to non-functional accountability or quality assurance measures,” the report says.

The U.S. attorney general may initiate a lawsuit under the Civil Rights of Institutionalized Persons Act if MDOC does not implement these recommendations in the next 49 days, the report says. But the New York Times reported that the DOJ will likely work with MDOC to address the issues raised in the report.

Parchman has long been plagued by reports of unsanitary living conditions and violence. The report describes a Department of Corrections that is ill-equipped to fix the systemic issues at the prison. Among some of the issues identified in the report:

Ron Welch, a prisoner’s rights attorney, said responsibility for the conditions at Parchman ultimately lies with the governor and lawmakers who have underfunded the prison system for years. Issues at Parchman began to escalate in 2014, Welch said, after lawmakers started to cut MDOC’s budget.

DOJ’s report “is long, and it’s lengthy, and it’s detailed, but the bottom line is the Department of Corrections can’t do anything without money,” Welch said.

The DOJ opened its investigation in February 2020 after a weeks-long spate of violent incidents at facilities across the state. In Parchman alone, several incarcerated people were killed or injured as violence broke out at Unit 29.

The report says that in the months leading up to the riot, MDOC knew about “widespread rumors” of unlivable conditions, increased murders and suicides, and “mounting concerns that gangs were filling the void left by inadequate staff presence.” Yet MDOC failed to increase staff at Parchman, leaving its existing guards “utterly overwhelmed, and ultimately unable to adequately and quickly respond to fighting and significant injuries in multiple buildings.”

This created an “authority vacuum” that was filled by gang members, the report says.

Guards at Parchman are supposed conduct head counts at the housing units every 30 minutes, but most typically do not even interact with incarcerated people on a daily basis. This is partly due to guards’ fears of safety, but the report says MDOC does not even provide officers with “personnel safety emergency alarms to alert for help when necessary.”

“Instead, officers almost exclusively supervise housing units from removed towers that overlook the units,” the report says, adding that “MDOC takes it a step further and sometimes fails to staff the towers at all.”

As a result, guards do not see and are unable to stop assaults. The report describes one incarcerated person who had to resort to setting a fire in his cell to get the guards’ attention after he was stabbed.

The lack of staff also has a specific impact on mentally ill incarcerated people. The existing mental health staff consist of three part-time nurse practitioners who manage a caseload of over 200 people a week, which is above American Psychiatric Association’s recommended ratio for prison settings. They are not able to provide individual therapy or trauma-informed care for incarcerated people with post-traumatic stress disorder.

The mental health staff at Parchman also do not conduct “formal or regular treatment planning meetings” or keep complete records of incarcerated people’s mental health history. “Treatment goals appear to be cut and pasted to the next treatment plan without any documentation detailing the incarcerated person’s or clinician’s adjustments for progress,” the report says.

Staff appear to over-rely on diagnosing incarcerated people with antisocial personality disorder or substance-induced disorders, the report found. “The high percentage of these diagnoses at Parchman is concerning because once these diagnoses are used, future providers are apt to be dismissive of legitimate mental health concerns,” the report says.

MDOC kept one incarcerated person in solitary confinement “since his arrival at Parchman in September 2001.” The report says this person never sought or was treated for mental health issues, but that in February 2021, he “began expressing suicidal ideation during the weekly restrictive housing rounds, which was captured in the clinician’s note as ‘Suicidal Ideation.’”

Staff did not conduct a suicide risk assessment, and two weeks later, “he hung himself with a bedsheet.” In the week before his death, he had been asking for relief from the “excessive heat on the unit,” which had reached as high as 145 degrees Fahrenheit, one of the officers told the DOJ.

“When this officer asked if they could turn down the heat, unit supervisors advised not to do so,” the report says.

After the DOJ announced its investigation in 2020, Gov. Tate Reeves said he was beginning the process of closing Unit 29 of the facility. He also appointed Burl Cain, who had overseen Angola Prison in Louisiana, as commissioner.

Cain has said he will fix the conditions at Parchman and in other MDOC prisons. One effort that Cain has taken to address the violence at Parchman is participating in a “gang exchange program” with Colorado and other states.

The DOJ specifically addressed that plan in the report: “While this tactic may have some limited effect, it falls far short of a comprehensive strategy. For example, when a gang leader is moved to an out-of-state correctional facility, a new gang leader will quickly emerge to replace the transferred one.”

High gas prices cause some Jackson residents to limit their spending.