Orioles struggle again with runners in scoring position, can’t back up Jordan Lyles in 4-2 loss to Tigers – The Denver Post 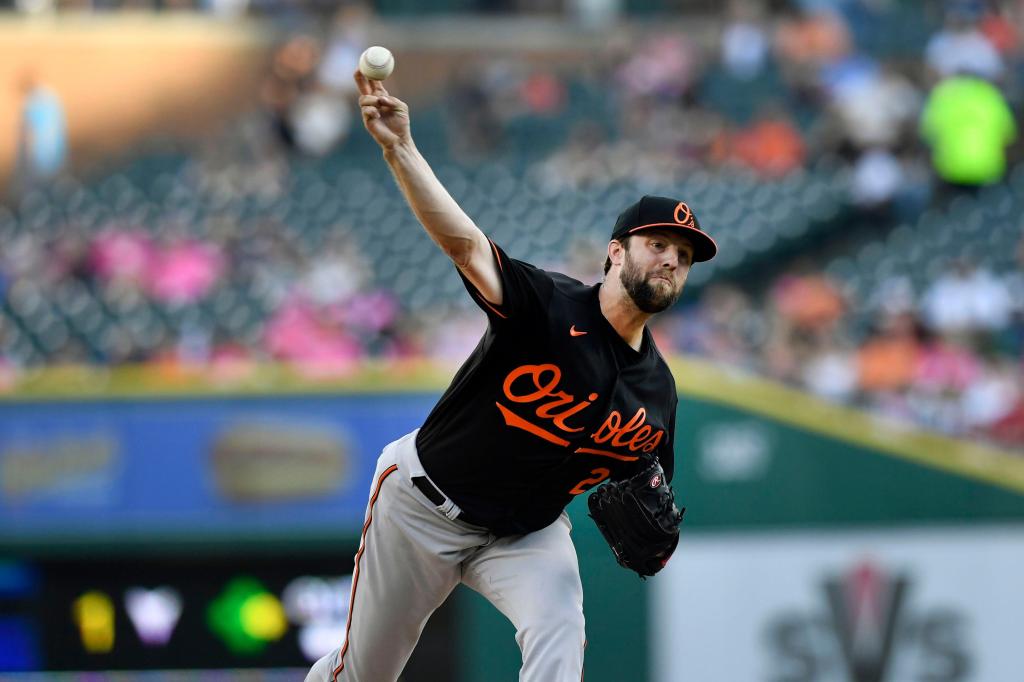 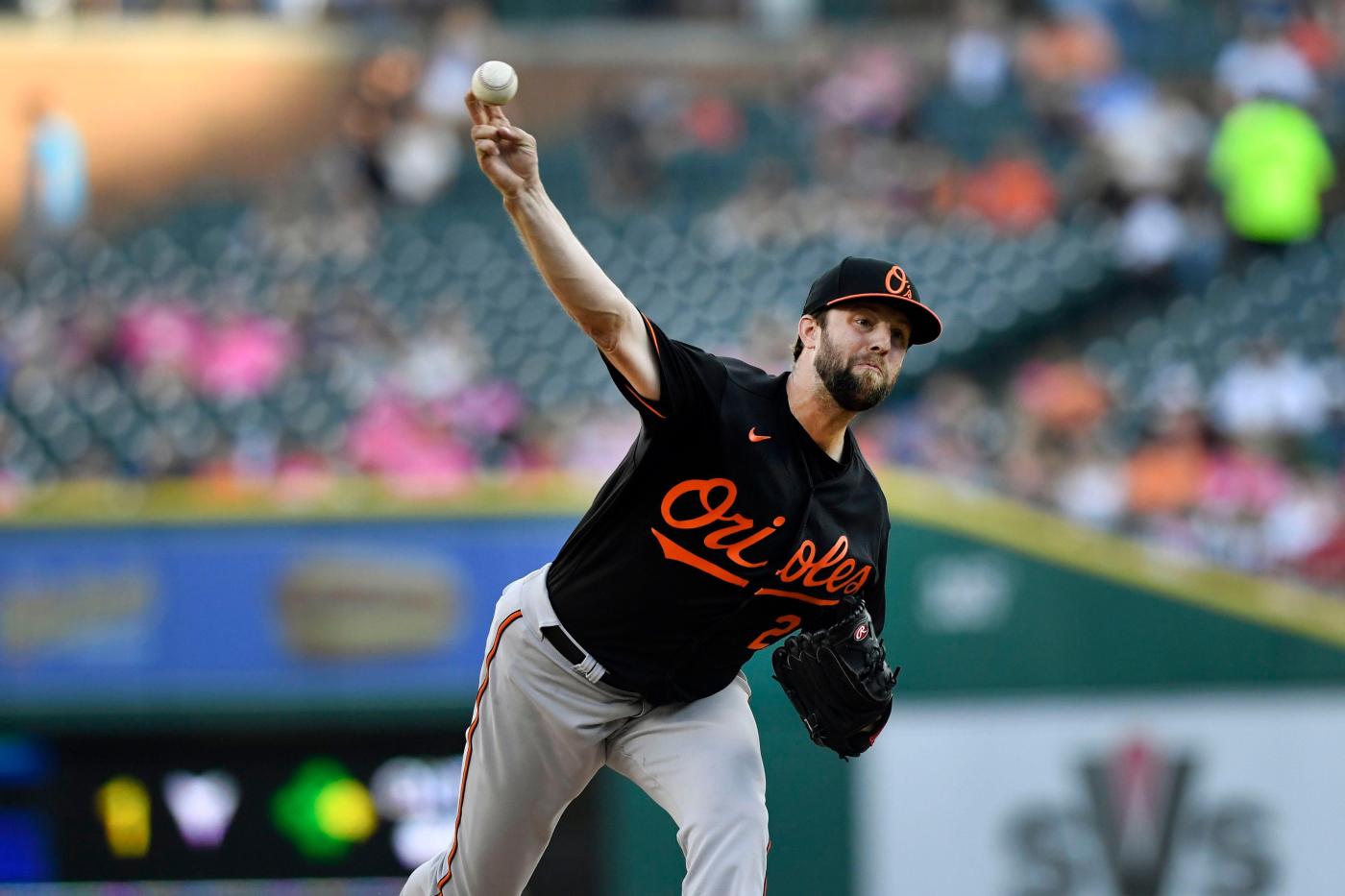 Just for good measure, the Orioles were presented another golden opportunity. Left-hander Gregory Soto entered out of the bullpen in the ninth inning and promptly hit the first two batters he faced, then walked the bases loaded with one out.

And yet, once Soto was replaced by right-hander Will Vest, Baltimore did what Baltimore had done all night — squander the chance.

The Orioles left the bases loaded in the seventh, eighth and ninth innings, a self-destructing tendency that resulted in a 4-2 defeat in the series opener against the Detroit Tigers at Comerica Park.

There was never a lack of chances for the Orioles (14-19), just a lack of follow-through. Baltimore stranded 14 base runners and hit 1-for-12 with runners in scoring position, with strikeouts from Ramón Urías and Rylan Bannon the final culprits. Before that, there was Cedric Mullins’ pop out in the eighth and Jorge Mateo’s strikeout in the seventh. They left two runners on base in the first and second innings, too.

If the production from Cabrera on Friday night wasn’t evidence enough, the numbers beyond the fence in left-center field should provide the necessary context of what kind of hitter the 39-year-old still is.

They began the evening against the Orioles at 503 and 3,014 — the number of home runs and hits Cabrera has clubbed during his career. By the end of the night, the Tigers star changed those numbers to 504 and 3,016, continuing a rise through Major League Baseball’s record books.

Lyles had pitched well for Baltimore for much of his 5 2/3 innings, but as Cabrera has done so frequently in his career — as those numbers prove — two swings helped unravel Lyles’ night.

The Orioles needed length from Lyles, coming off a bullpen game against St. Louis in which six relievers combined to cover a 3-2 win. It’s a role Lyles prides himself on, too — he didn’t want to leave the game last week, Hyde said, even after pitching into the eighth inning. He views himself as an innings eater, coming off a 180-frame season in 2021.

Last week, when Lyles started the first game of the Sunday doubleheader, Lyles delivered the length Hyde hoped for to alleviate the potential strain on the bullpen before a road trip, allowing two earned runs in 7 1/3 innings.

And in the series opener Friday, Lyles looked well on his way to another deep outing as he navigated five innings of one-run ball on 70 pitches. Across the previous six starts, Orioles starters had walked three combined batters. But Lyles walked a batter in each of the first three innings Friday, and while he worked around the first two, Cabrera’s right-center field double plated Javier Báez in the third.

Lyles settled down until the sixth inning, when Cabrera struck again. Lyles tried to sneak by a front-door slider. Instead, Cabrera rocked it to left field, near the numbers tracking his Hall of Fame-worthy career in real time. They changed as Cabrera put the Tigers up 2-0 to begin Lyles’ wavering sixth.

Lyles rebounded with a strikeout, then allowed a single, double and a single to bring home two more runs for Detroit. Two outs into the sixth, Hyde pulled Lyles at 91 pitches, his offense facing an uphill climb.

Even with home runs on consecutive pitches in the eighth inning from designated hitter Trey Mancini and right fielder Anthony Santander, the Orioles squandered prime chances throughout, a frustrating ending that lacked the big hit.

No Hays and Mountcastle

When Mullins and Mateo reached second and third with one out in the first inning, first baseman Ryan Mountcastle and outfielder Austin Hays might’ve strode to the plate next. Instead, with both dealing with injuries that held them out Friday and potentially longer, it was Mancini, Santander and Tyler Nevin.

Those three couldn’t drive in those runners, a theme for much of Friday’s outing.

Mountcastle (.258) and Hays (.235) are two of the Orioles’ better hitters in those situations, sitting third and fourth on the team with runners in scoring position. That’s been a weak point for the Orioles this season, as they entered Friday hitting .202 in those situations — the third lowest average in baseball.

With Mountcastle on the injured list and Hays recovering from stitches on his left hand, the Orioles will need to find a way to overcome their major absences. Mancini and Santander, who went back-to-back in the eighth, showed the power potential, but it was too few and far between.

>> In his major league debut, Orioles right-hander Denyi Reyes pitched a scoreless frame, striking out two batters. Báez was close to hitting a homer off Reyes, but the ball snuck just foul and was upheld by review.

>> Mountcastle was added to the 10-day injured list with a left forearm strain, retroactive to Wednesday. Mountcastle said he’s dealing with a shooting pain from his thumb up his forearm when he swings and catches a ball.

>> Hays missed Friday’s game after receiving stitches from a cleat wound Thursday. Hays said the stitches require at least 48 hours to heal and he’ll return once the pain reduces.

>> Triple-A Norfolk infielder Jahmai Jones was placed on the injured list with right elbow inflammation. He was scratched from Tuesday’s lineup and hasn’t played since. Jones is hitting .212 this season for the Tides.