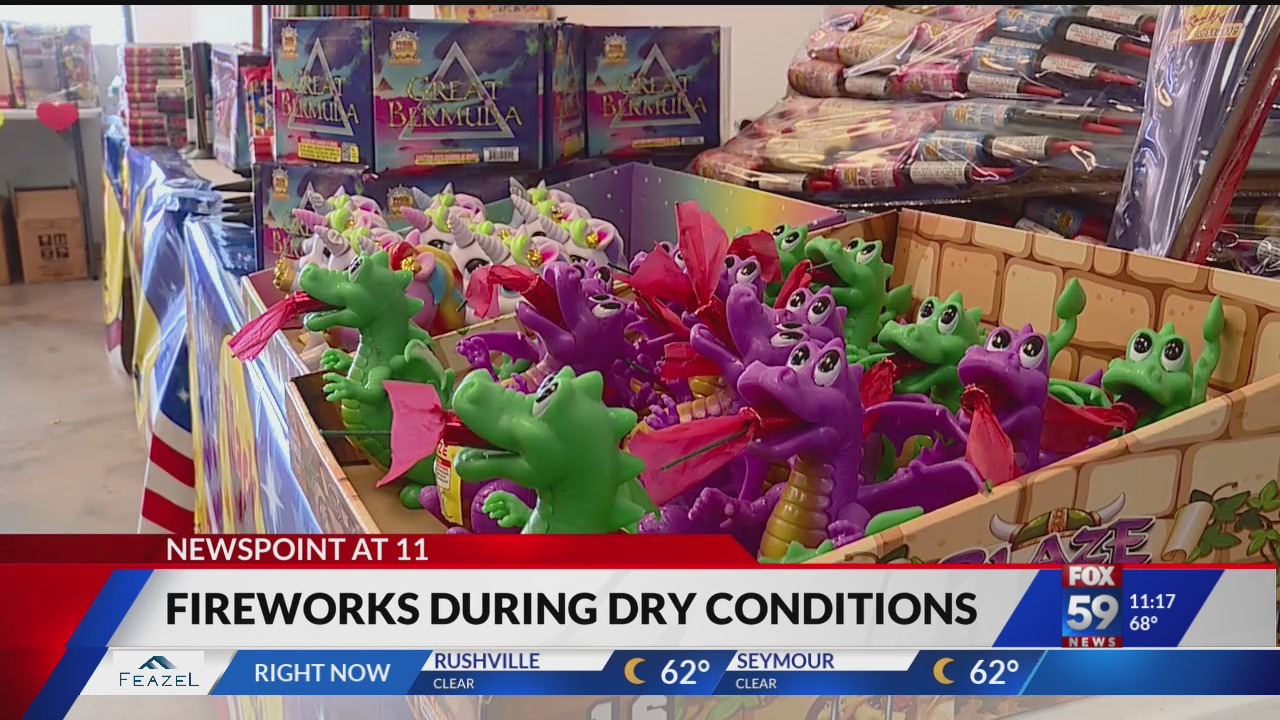 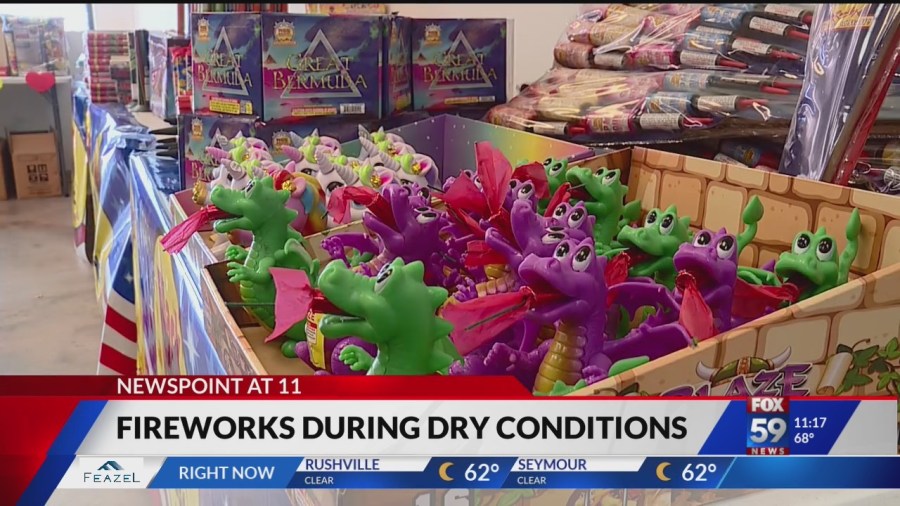 BARGERSVILLE, Ind. — The 4th of July is less than a week away, and it comes after the driest start to June in a decade. The lack of rain has fire departments worried about fires from fireworks.

“I have seen fireworks spread from grass and mulch into the side of structures. It went from what was a small grass fire, and soon we were fighting a two-alarm building fire,” described Bargersville Deputy Fire Chief Michael Pruitt.

The last time Indianapolis banned the use of private fireworks was back in 2012. The decision was made following a heavy drought. The rest of the week is expected to be dry with a small chance for a shower over the weekend.


Fireworks 2022: Where to watch in central Indiana

“This is what we want to warn people about. If you’re doing this in your backyard, I would soak my backyard down with a sprinkler very good,” advised Deputy Chief Pruitt, while also suggesting people resort to shooting fireworks on pavement.

The dry air hasn’t slowed fireworks sales. Zane Shewmaker is a sophomore at Indiana University and a manager for the basketball team. With limited free time during the year, he has been making money by opening his own fireworks store the last two years. You can find him at Zane’s Fireworks in Bargersville. Last year, his store, and other stores, had to deal with supply issues.

“I wouldn’t say it’s harder to get [this year] but definitely more expensive with shipping costs and stuff like that,” said Shewmaker. “It picks up everyday. As people get closer to the 4th, people start thinking of fireworks more and more. This helped me in some of my classes last year. When we would have discussions sometimes, I would say, ‘Well when I ran my own business,’ and people would kind of look at me funny.”