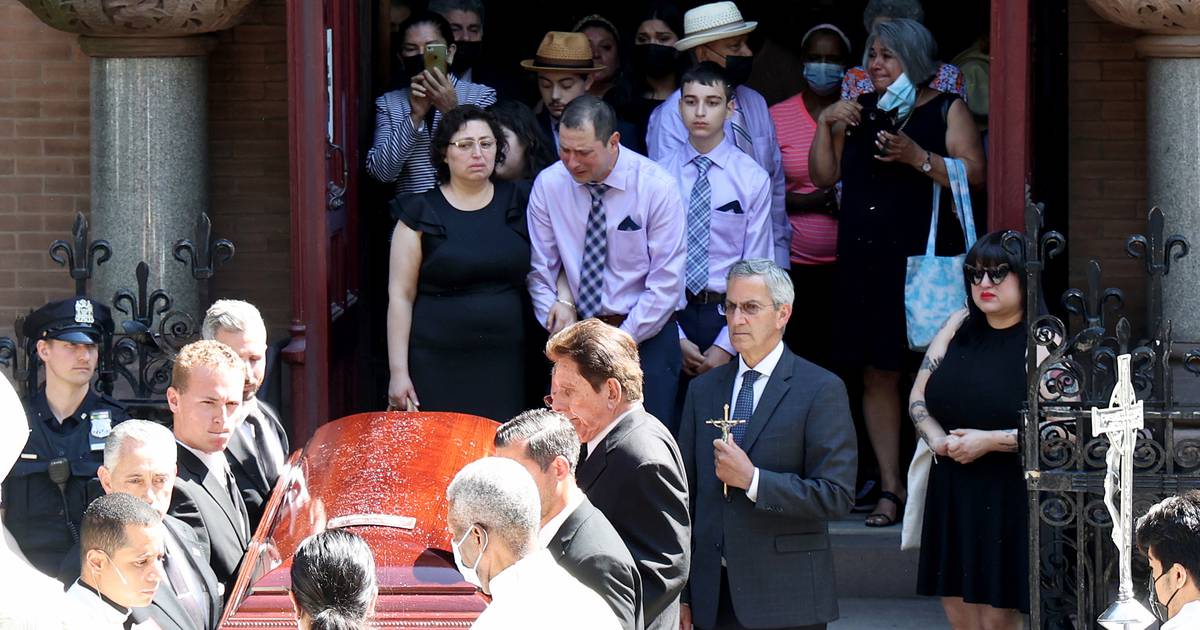 The sister of a subway rider randomly killed by a subway gunman last month thinks of the victims murdered since his death.

After Thursday’s Supreme Court decision legalizing the carrying of concealed weapons in the city and the nation, she doesn’t expect the carnage to stop any time soon.

“Americans need to educate themselves,” said Giselda Vile, whose brother Daniel Enriquez was gunned down May 22 while riding a Q train to Sunday brunch in Manhattan. “Because if every person is going to be carrying the gun, that increases the ability of people to shoot the gun.

“I don’t understand. It’s more than 10 years since Sandy Hook. What’s going on?”

Fahd Muthana, whose teenage son survived a bullet to the head in a scuffle with two shoplifters in the family’s Brooklyn bodega in November, echoed her take on the court’s right to carry ruling.

“No, to tell you the truth,” said Muthana when asked if he backed the decision. “Especially teenagers, anybody under the age of 21. To me, it’s no. There’s a lot of crazy people. You might look good, but you might be crazy.”

His 18-year-old kid Zayid was working at the store when shot after confronting one of the two men. The youth has since made a miraculous recovery, and was set to graduate from high school this week.

Muthana, who said the outcome of the robbery might have changed if Zayid was armed, still couldn’t muster any support for the decision overturning a 1913 New York law.

“If everybody carries a gun in New York City… it’s a mistake,” said the Yemeni immigrant. “We don’t want to make it worse, like things happen and then they become worse.”

Lawyer Sanford Rubenstein, who represents one of this year’s subway shooting victims in the attack by an armed madman in Brooklyn, said the decision will leave blood on the hands of the justices who voted to reverse the law.

“I am seriously concerned that the result of this Supreme Court decision will be more victims,” he said. “What we don’t want is New York City to become the new ‘Wild West.’ If our citizens are armed, I don’t think we’ll have less tragedies. I think we’ll have more tragedies.”

“It’s hard to fathom that with so much gun violence and trauma devastating our communities on a daily basis, our nation’s highest court would decide that this country needs more people walking around in public and private spaces with hidden, loaded guns,” she said.

“We know that states with weak gun laws have higher rates of gun violence. We need to fight even harder to counter the gun lobby’s ‘guns everywhere’ agenda.”

Vile said the Supreme Court decision was misguided and missed the point of the nation’s endless gun debate.

“Why is the question about individual freedom when it’s a privilege to carry a gun?” she asked. “It’s not a right. People need to stop saying that it’s a right. I don’t think the dialogue is correct.”

As the first month anniversary of Daniel’s death passed last week, she reflected on the gun deaths around the city since his slaying.

“There are so many people who have been killed senselessly since then, and have been attacked in our city,” she said. “The violence is not going down, I don’t care what the police say.”