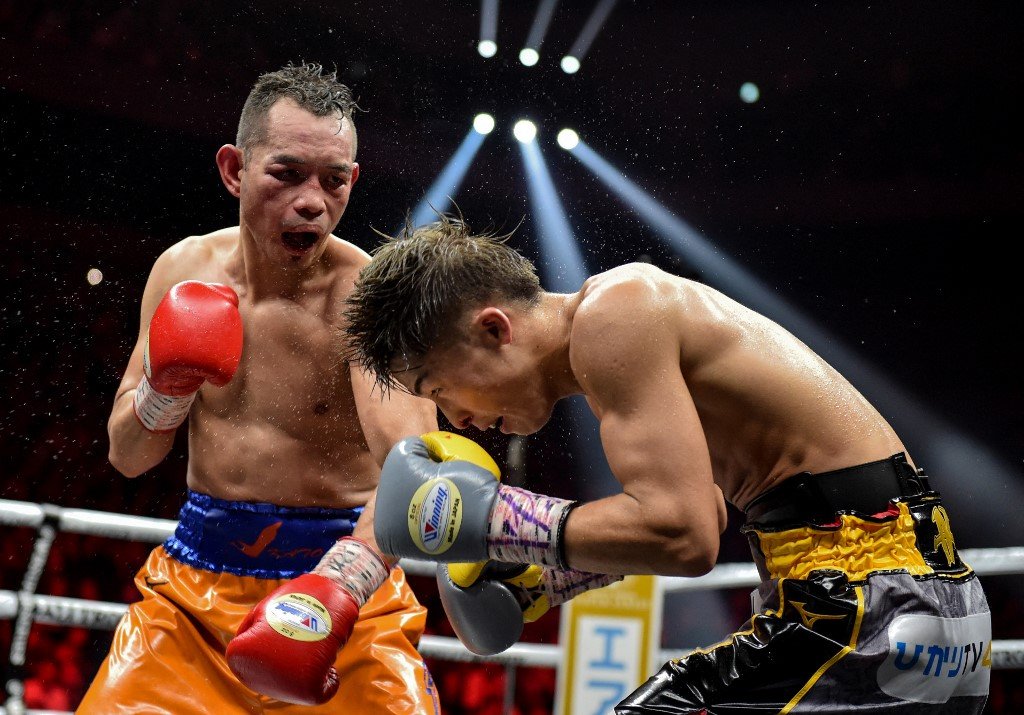 TOKYO, Japan – Naoya Inoue and Nonito Donaire produced a stone-cold bantamweight boxing classic when they fought in Japan in 2019, and the pair are promising that more is in store in Tuesday’s much-anticipated sequel.

Japan’s “Monster” Inoue and “Filipino Flash” Donaire will meet again in Saitama for a unification bout that sees the unbeaten Inoue’s WBA and IBF world titles and Donaire’s WBC belt on the line.

Inoue claimed a unanimous points win when the two met at the same venue in November 2019, in a bout that was voted fight of the year by the Boxing Writers Association of America.

Inoue recovered from a fractured eye socket and double vision early on to floor Philippines veteran Donaire in the 11th round and walk away with the World Boxing Super Series trophy.

It was the first time the ferocious-punching Inoue had been seriously tested in his career, and he has since gone from strength to strength.

He is unbeaten in all his 22 bouts, winning 19 by knockout, and is regarded as one of world boxing’s best pound-for-pound fighters.

The 39-year-old Donaire bounced back from the defeat to become the oldest world champion at 118 pounds (53.52kg) when he beat Nordine Oubaali for the WBC bantamweight title in May last year.

Donaire, who has won nine world title belts across four weight divisions in a storied 21-year professional career, told reporters this week that his first fight against Inoue “felt like an awakening”.

“Since the last fight against Inoue, I’ve changed everything in order to become stronger — my diet, my training, my mind set, everything,” said Donaire, who defended his title by knocking out fellow Filipino Reymart Gaballo in December.

“Now I have a strong desire to win.”

Donaire says his “purpose” is to unify the four main bantamweight belts, with Inoue and Britain’s WBO interim champion Paul Butler standing in his way.

Inoue has the same goal and intends to achieve it before the year is out.

The 29-year-old Inoue’s most recent fight was an eighth-round stoppage of unheralded Thai Aran Dipaen in Tokyo in December.

He is determined to make Tuesday’s fight against Donaire more one-sided than their last encounter, telling reporters, “it will be over without him touching me”.

“I think Donaire might retire if he loses,” Inoue told reporters.

“People say Donaire can still do the business but it’s not going to be that kind of fight.”

Inoue dismissed the bout’s “Drama in Saitama” tagline, saying “there won’t be any drama this time”.

But Donaire showed in December that he still packs a punch, knocking out Gaballo in the fourth round with a thunderous body shot to take his record to 42-6 with 28 KOs.

Donaire is now the face of Philippines boxing, after spending years in the shadow of the recently retired Manny Pacquiao, and he is enjoying a resurgence late in his career.

A likeable and popular figure outside the ring, he treated Japanese reporters to an impromptu impression of his favourite “Dragon Ball” anime character earlier this week.

He said the fight will be “lots of fun”, and refused to entertain any negative thoughts as he prepared to battle the man nicknamed “Monster”.

“In the next few days, that’s all I’m saying. I am the best, I am the champion, I am the undisputed.”